One area of development worldwide is wearable technology running the gamut from smartwatches that can measure all sorts of metrics for human movement and health to clothing able to monitor human vital signs without having to touch the wearer. MIT researchers have now created clothing that uses special fibers to sense a person’s movement via touch. The smart fibers can determine if the person wearing the clothing is sitting, walking, or performing particular poses.

MIT researchers from the Computer Science and Artificial Intelligence Lab believe their clothing could be used for athletic training or rehabilitation. With permission from the user, the innovative materials could also passively monitor health in assisted care facilities, making it easier for semi-independent people to remain safe and warn staff if the user falls.

MIT researchers have developed a range of prototype wearable materials, including socks, gloves, and full vests. The so-called tactile electronics use a mix of typical textile fibers and a small amount of custom functional fibers to sense pressure from the wearer. One MIT researcher says that traditionally it was difficult to develop a mass-production wearable providing high accuracy data with many sensors. Manufacturing multiple sensor arrays results in some of them not working, and some won’t work as well as others.

This forced the team to design a self-correcting mechanism using a self-supervised machine learning algorithm to recognize and adjust when certain sensors are off base level. The socks designed by the team were able to predict motion by looking at different sequences of tactile footprints and correlating them to different poses as the user transitions from one pose to the next. The team’s vest can detect the pose of the wearer, activity, and texture of the surface it’s touching. 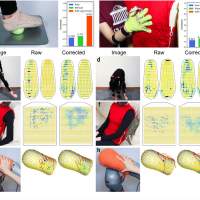 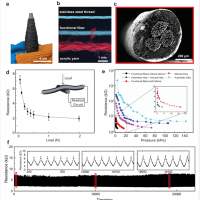 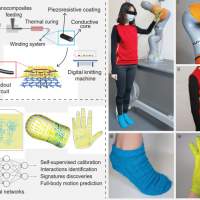 Interestingly, the research team believes the smart clothing might be used in robotics to provide a type of skin for the robot to provide tactile sensing. MIT’s work was funded in part by the Toyota Research Institute. The research paper was co-written by Antonio Torralba, Wojciech Matusik, and Tomás Palacios, alongside Ph.D. students Yunzhu Li, Pratyusha Sharma, Beichen Li, postdoc Kui Wu, and research engineer Michael Foshey.