Researchers have studied a piece of amber that has a complete and well-preserved tiny crab captured inside. It’s believed that the crab crawled out of the water and onto the land and became trapped in the amber about 100 million years ago. The discovery is the oldest known modern-looking crab in the fossil record.

The minuscule crab is only five millimeters in leg span and is called Cretapsara athanata. The name is meant to honor the period where it lived, the Cretaceous, and Apsara, which is a southern Asian spirit of the clouds and waters. Researchers say it’s rare to find non-marine crab fossils from the Cretaceous preserved in amber.

Typically, specimens found preserved in amber are insects. Fossilized crabs discovered in the past typically only include pieces of claws. The fossilized specimen recently discovered appears to be entirely complete. This discovery is particularly important because it changes the timeline for when non-Marine crabs first appeared on land by as much as 50 million years.

The new mid-Cretaceous fossil bridges the gap between the predicted molecular divergence of crabs and the actual fossil record of the creatures. The amber specimen with the preserved crab is part of the collection at the Longyin Amber Museum in China. It has been in the museum’s collection since 2015, when it was purchased from local miners in Myanmar. 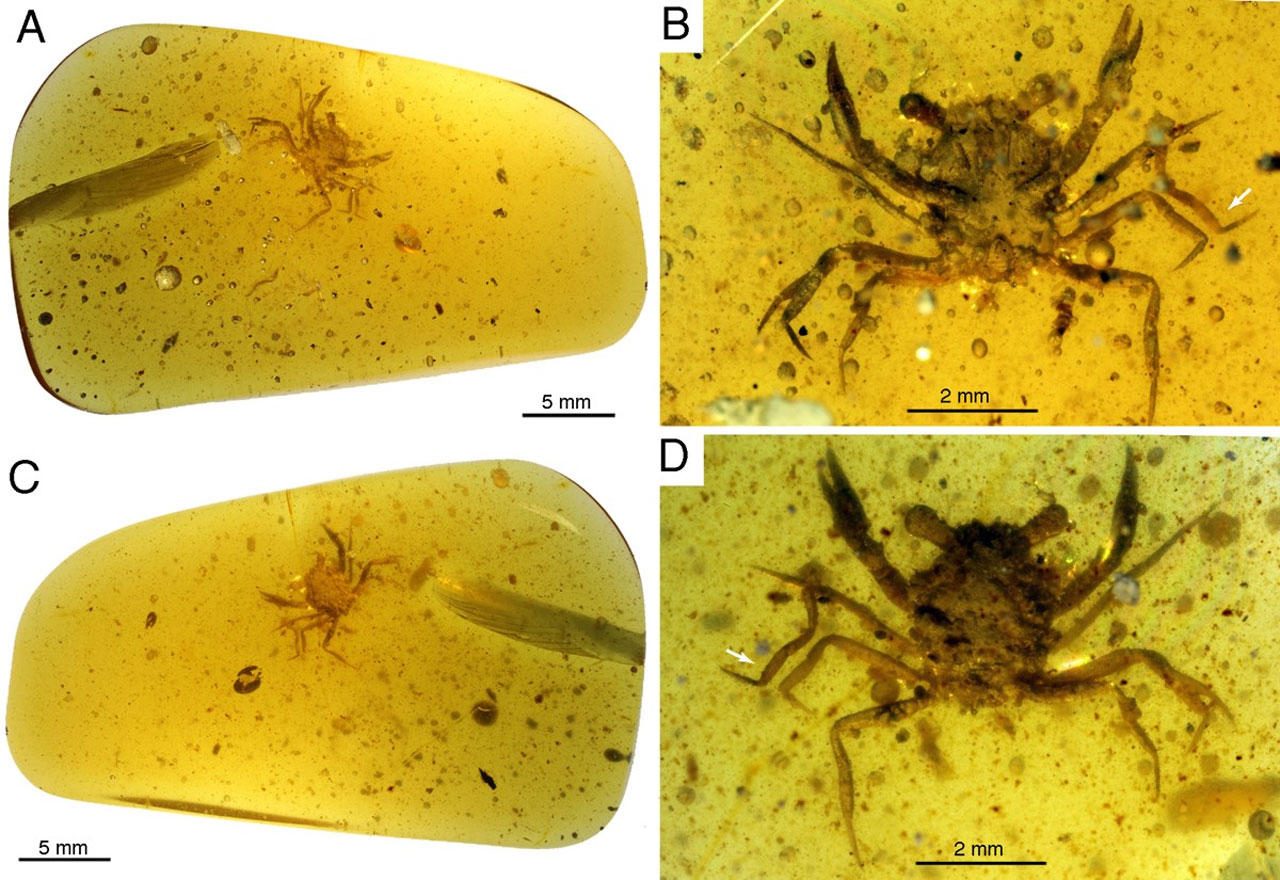 One interesting aspect discovered about the crab is that while it’s extremely similar to modern shore crabs, the sample has gills and no lung tissue. The discovery indicates that the crab was semiaquatic. The fossil record previously showed non-marine crabs evolved 50 million years ago, but the creature in this amber sample is twice that age providing evidence that crabs moved to land and freshwater while dinosaurs still roamed the planet.