Mira Prism – a Daydream for augmented reality and iPhones

When Oculus gave virtual reality its second chance in the consumer market, it was largely expected that VR would be limited to powerful and expensive gear. Google, however, begged to differ and, thanks to Cardboard and now Daydream, it put VR into the hands, and heads, of anyone with a smartphone. Now a startup has envisioned a similar revolution, but this time on the augmented reality front. The Mira Prism AR headset costs $99 only, and that’s because all the power driving it comes from an iPhone.

There have, of course, been attempts to create a “Cardboard for AR”, like the successfully crowdfunded ZapBox. But what almost all of these have in common is that they put the smartphone right on your face. Sure, you can see the world behind the phone, but you’re only seeing it through the lens of your smartphone, literally. Not exactly the augmented reality of fiction, or even that of the Microsoft HoloLens. 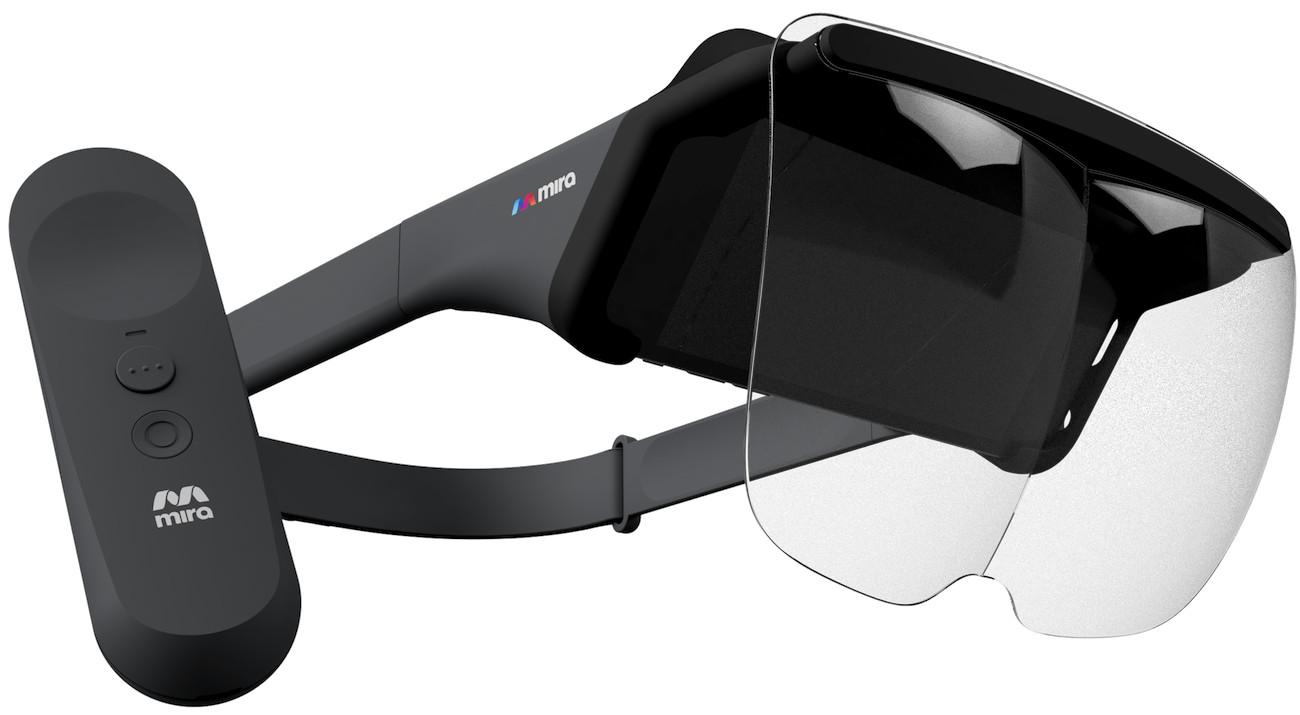 The Mira Prism’s design is ingenious in its simplicity and is almost too good to be true. Although, admittedly, it also looks a bit ridiculous and bulky compared to your usual smartphone-powered VR headset. The iPhone is placed above your eyes, just in front of your forehead, with the display facing outward, away from you. That display, then, is “projected” onto the transparent visor which is then reflected back to you in the right orientation. This trick is similar to what some apps use to project information on car windshields.

That is pretty much the role that the headset plays. The rest is purely on the software side, powered by Apple’s newly launched ARKit. To say that the platform opened the floodgates of AR would be an understatement. In addition to software experiments, hardware like these herald a new AR movement, especially for iPhones.

And, yes, Mira Prism is compatible only with iPhones, which is no surprise since it uses ARKit. The headset, which comes with a Bluetooth remote control, is curently on pre-order with a price of $99, which would go up to $149 when retail starts. Mira Prism is expected to ship during the holidays, but those applying for a dev kit could get theirs by Fall.