Mini Countryman by X-Raid is ready for the wilderness

The blokes at X-Raid are seasoned veterans of the grueling Dakar Rally, and this off-road ready Mini Countryman is proof of that. But instead of creating a watered-down version of an all-out rally monster like the Mini John Cooper Works Buggy, the Mini Countryman by X-Raid features a mild off-road package with bigger tires, a lifted ride height, and the right attitude to boot.

However, this modified Mini Countryman is not exactly meant for desert racing. Instead, it’s destined as a service vehicle to ferry team members from one basecamp to the next. X-Raid’s been racing in Dakar for the past 17 years and has relied on the Mini Countryman since 2010. As such, the Countryman remains part of X-Raid’s fleet for the 2020 Dakar Rally in Saudi Arabia.

The changes are subtle, but X-Raid claims the mods are crucial to improve drivability over gravel roads. It starts with a modest 0.78-inch lift kit on all fours combined with toughened wheels and chunkier Cooper Discoverer AT3 off-road tires. The new wheels are equipped with a rim ring for added protection against sharp stones and deep potholes. 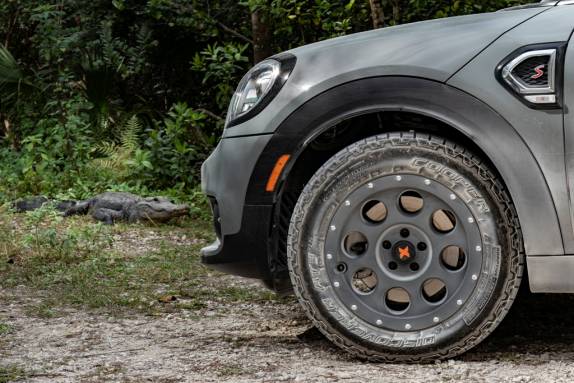 All told, the larger tires and lift kit are enough to raise the Countryman’s ground clearance by 1.57-inches. Next, X-Raid installed an aluminum roof rack for added versatility while additional LED headlights provide better illumination in the dark and gloomy wilderness. 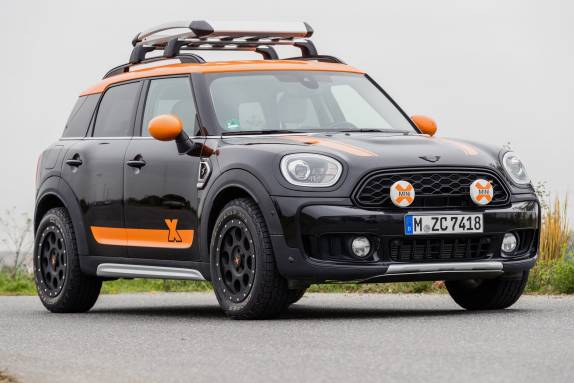 The subtle design package includes orange X-Raid accents including an orange roof, orange side mirror caps, and orange striping – all of which provide a nice contrast with the Countryman’s standard piano black exterior trimmings. 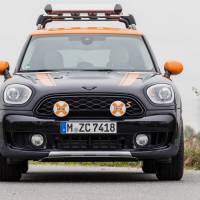 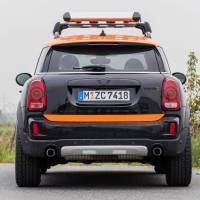 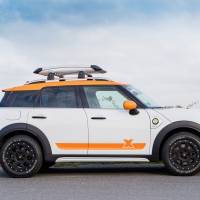 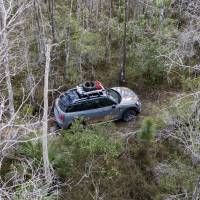 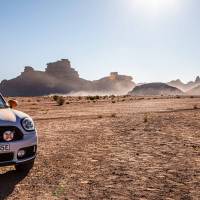 Apparently, this off-road package for the Mini Countryman is available individually or as a complete kit, although X-Raid has yet to reveal pricing for each mod. And while the relatively tame off-road mods are not meant to impress hardcore off-roaders, you have to admit the changes were enough to give the Mini Countryman a more rugged, go-anywhere vibe.