Mini is celebrating the 60th anniversary of the brand with a special edition of the iconic Mini. The special edition will be offered on the Mini 3 Door and Mini 5 Door with each car offered in four engine versions. Mini 60 Years Edition cars will offer British Racing Green IV as the unique color.

Other color options for the Mini 60 Years edition include Midnight Black metallic, Moonwalk Grey metallic, Melting Silver metallic, and MINI Yours Lapisluxury Blue. The roof for these cars will be offered in Pepper White or black, and the same chosen hue will cover the side mirrors. Stripes for the hood will be in a special anniversary design.

The car will roll on anniversary exclusive 17-inch wheels in a two-tone design. The cars get special 60 Years logo on the stripes, turn indicators, door sill finishers, and the LED projectors throw the logo onto the ground. Standard equipment includes a sports leather steering wheel with sport seats in leather with Mini Yours Leather Lounge 60 Years and an exclusive Dark Maroon color available. One interior color has green trim on the seats. 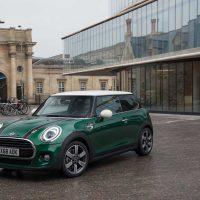 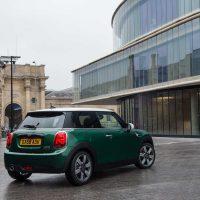 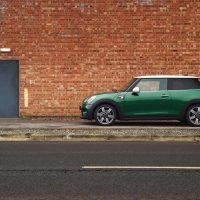 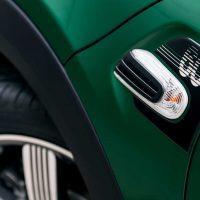 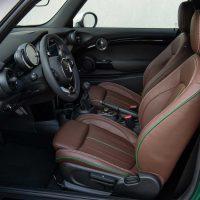 Mini has announced no pricing information right now. It’s also not clear when or where the anniversary edition will be sold. Pricing, fuel economy, and availability will be announced at a later date.