There’s a cult classic video game out there right now called Minecraft, and if you’ve ever played this block-tastic adventure of a puzzler, you know it lends itself perfectly to the real world block toy Lego. What’s just what hundreds and thousands of Lego and Minecraft fans thought as Minecraft grew in popularity, and through a special “vote them in” program with Lego called Cuusoo, and the developers behind the Minecraft game Mojang are at the helm of the project. What you’re seeing here is the first, and perhaps only, Minecraft lego set ever to be produced.

Since this set received more than its prerequisite number of votes needed to bring it into reality with Lego through Cuusoo, busting up the records with a massive 10,000 votes, production has begun. You’ll be able to pre-order this set right this second through a group called J!NX and the full general release will happen sometime this summer. This set is composed of a massive 480 pieces, most of them tiny squares, and includes two of the game’s most recognizable components: the characters Steve and a lovely little green creeper.

Both the creeper and Steve will come with the set as “Micro Mobs” and the whole set will be able to keep your Minecraft nerd self satisfied with the ability to place these little guys under the ground in the dark – right where you go when you play the game. Sound fun to you? Grab a set right now or you WILL miss this release — J!NX has the set, again, on pre-sale for a grand total of $34.99. The general release will be $19.99, but don’t expect to find it in stores since even though there is a “general” specification to the non-pre-release, there are going to be a limited number sold total. Good luck!

*This was mistaken information, folks, the price of the set will be $34.99 no matter when you buy it! 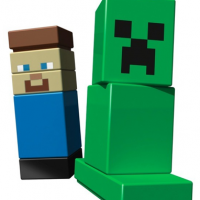 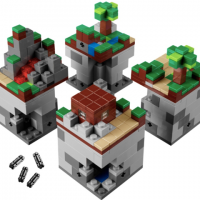 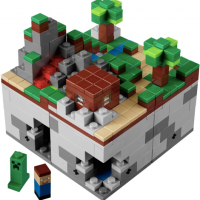 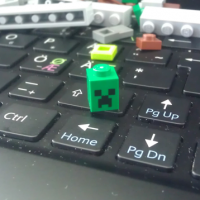 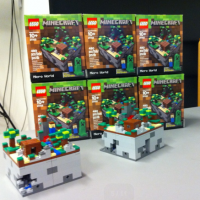