Minecraft isn’t exactly one to directly endorse some other commercial franchise, but if it didn’t do this, someone would have done it anyway. It probably doesn’t hurt that there are a few Power Rangers fans inside the now Microsoft-owned Mojang. So, lo and behold, as of update 1.0.5, Minecraft players on consoles, mobile, and Windows 10 will be getting a dose of sentai action via the Miney, er, Mighty Morphing Power Rangers skin pack.

Red, Black, Blue, Yellow, Pink. Oh, and hey, there’s also Green! The latest update will let you dress up as your favorite Ranger or villain. Yes, it isn’t just the good guys. All’s fair in love, war, and butt-kicking, so if you feel like channeling ever so charming Rita Repulsa, go wild. And if you dig Bulk and Skull instead, because who doesn’t, you can do so as well. 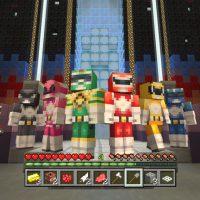 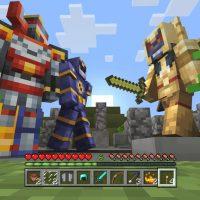 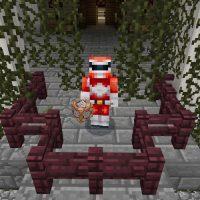 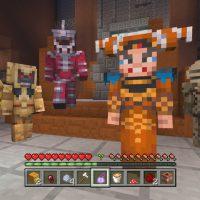 While the Power Rangers skin is undoubtedly the highlight of this release, even non-fans will have something to look forward to in version 1.0.5. For example, Mojang is giving players even more “slash commands” to toy with, including commands for stopping and starting sound, effects, and displaying game rules. There are also new game rules that let you customize your make-believe world, like commandblockoutput, faildamage, and even pvp!

Apple TV players also have a nice surprise awaiting them. At long last, Minecraft Realms, the game’s official persistent multiplayer service, is finally supported on Apple’s entertainment box, along with, somewhat ironically, Xbox Live support. This makes Minecraft an even better cross-platform experience that will let you build worlds or, in the case of this latest patch, kick some alien behind. It’s Morphing Time!