Microsoft’s attempt at turning Minecraft into an educational tool will finally debut this September in form of Minecraft: Education Edition. However, the beta has just been opened for teachers, giving them the chance to try out the game’s new features (as well as the game itself, if they’re not too familiar), and figure out how to incorporate it into their lesson plans.

While Minecraft: Education Edition will mostly function the same way as the standard game from students’ perspectives, several features introduce classroom management options for teachers. For example, Classroom Mode acts as a kind of control panel, giving teachers a way to send messages to students in-game, monitor their location in the game’s world, and even teleport them to a specific location in the event they get lost. 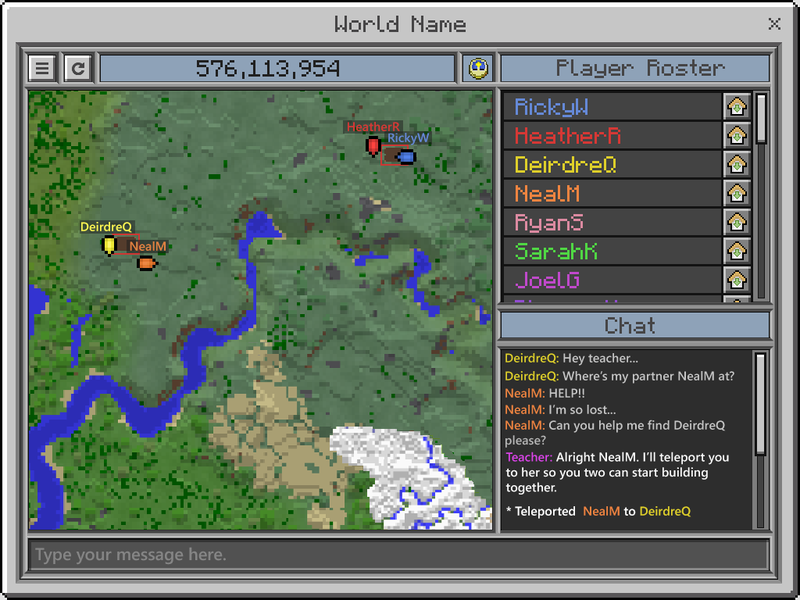 Classroom Mode won’t be available for teachers until the final release of Minecraft: Education Edition in September, but other smaller features that will be available in the beta include signs that can be placed in key locations to present large sections of text, as well as creating NPCs that will say specific things when students’ characters approach them. There will also be an in-game camera tool that will make it easier to grab screenshots.

While all of these features will certainly make it easier for teachers to maintain control over students’ activities in Minecraft, it still remains to be seen if the game can be used as an actual education tool. Microsoft may be making the game available to schools, but it’s up to teachers to find a way to use it within their lessons.