Mojang’s dungeon crawler game Minecraft Dungeons will soon be available to play as an arcade game, the developer has announced. The company has teamed with Play Mechanix to create a standing cabinet-based version of the hit Minecraft game, which has already been distributed to certain places in North America for testing.

When Mojang says that Minecraft Dungeon is getting an arcade version, it is referring to an old-school physical arcade game — the kind you’ll need to head to your nearest arcade destination to play. According to the company, players can still expect the familiar multiplayer experience, but with some ‘fundamental differences’ compared to the version you play at home. 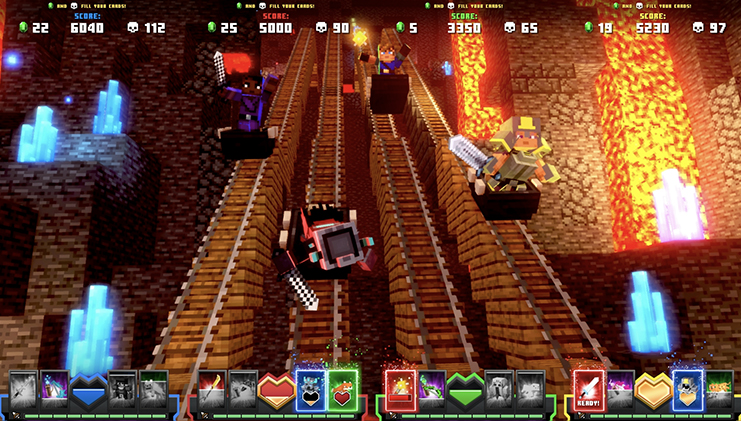 If you take a step back, you can see the similarities between the two, but when you take a step into [a consumer] game, it’s like a waltz. An arcade game on the other hand is some kind of super break-dancing speed experience – it’s about intensity of the moment, and surviving as long as possible – an intense burst of fun!

The arcade version of Minecraft Dungeons features a total of nine levels and has a co-op mode, tasking each player with surviving using three buttons: Range, Melee, and Dodge. Players will need a strategy to survive, Carlin notes, as a hack-and-slash approach won’t take you far.

As well, the arcade version gets around the save files issue by instead giving the player physical cards for each play session that contains the gear they collected during gameplay — pets, weapons, skins, and more. Players can scan the cards to change their gear. Players can collect a total of 60 cards, with each gaming session allowing up to five of the cards to be scanned.

More arcade units will be released sometime later this year, but additional details aren’t yet available.