Over at MIMOmonitors headquarters they’ve released information on a brand new product by the name of Mimo Magic Touch, otherwise known as the world’s first USB-drive capacitive touchscreen monitor. This oddly enticing piece of equipment has a 10-inch touchscreen, connects simply with one single USB cord for both image and power, and is available in 2 models soon! You can use this device as a tiny television that taps or as a tethered tablet for home entertainment control – whatever you like – including turning your PC into a touch machine.

Pre-orders for this little set of beasts starts tomorrow (Tuesday, the 21st of November), and will be available with shipping guaranteed for pre-Christmas delivery. There’s the Mimo Magic Touch and the Mimo Magic Touch Deluxe, the latter adding a 2 port mini-USB hub as well as separate AC power adapter to recharge separate devices whenever you want. What you’ll almost certainly want to do with this little superstar is to plug it in to your PC and load up something like iTunes, controlling that application on this extension of your normal monitor for easy access. 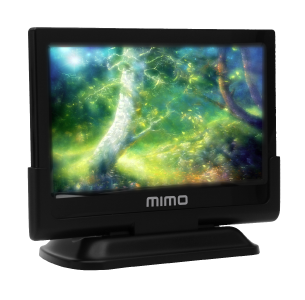 The Mimo Magic Touch is less than 1-inch thick and weighs in at under a pound, its display a cool 1024 x 600 pixel resolution for all your relatively HD needs. You’ll be able to use this device with Windows 7 fully touch-sensitive or can use it as a display-only monitor with Windows Vista/XP/2000 and Mac OS. The standard unit rings in at $299 while the Touch Deluxe will cost you a total of $329.99. Scoop em up! 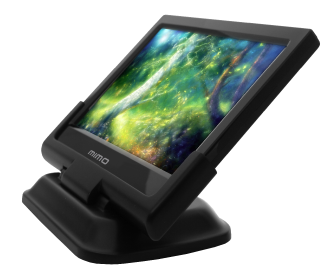