The U.S. Army is testing remote-controlled weapons at guard towers, something aimed at reducing how many soldiers are needed to secure a perimeter. The testing is taking placed at Fort Bliss in Texas presently; this is an evaluation, according to the Army, one called Network Integration Evaluation 16.1 (NIE). The testing is taking place from September 25 to October 8, giving it one more week to go.

These are weapons stations remotely controlled by an operator located elsewhere — judging by the image below, it appears they’re controlled using an Xbox controller. The goal is to reduce how many soldiers have to be used to guard a perimeter — presently, between 4 and 6 soldiers are needed across 8 or 12 hour shifts to man a single perimeter weapon station. 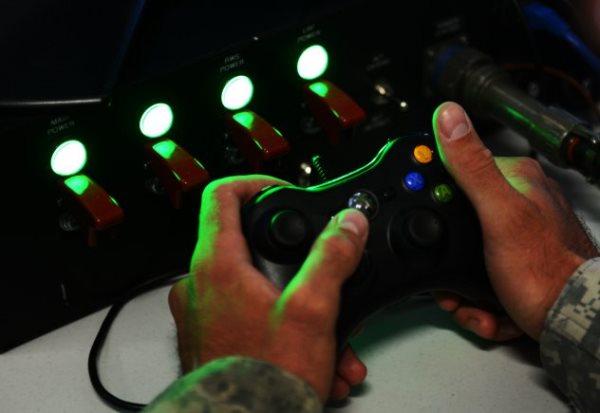 With these new weapons systems, it only takes two individuals to man the station, potentially freeing up 8 soldiers for other tasks. In this testing, the towers feature a .338 Lapua sniper rifle and a Browning M-2 50 caliber machine gun. They’re mounted on an expeditionary tower — it takes half a dozen soldiers less than 60 minutes to put together the towers.

If the tower is used at a remote location, it can be disassembled and packed away in a container for use elsewhere when necessary. Remote control includes firing the guns, lowering them, rotating them, and raising them. Joint All Hazard Command Control System software is used to connect the weapons with the operators.