There is a lot of attention being paid these days to the recording and display of high-quality video on mobile devices, but when it comes to audio, it’s still a lopsided game. Smartphones put a heavy emphasis on audio playback quality but, save for a few like LG, don’t pay enough attention to the creation of quality audio. Fortunately, there’s Mikme, a successfully crowdfunded wireless microphone that delivers studio-grade audio recording capabilities in a box not that much bigger than your iPhone.

With a few exceptions, most smartphones, even those that have more than two mics, will record audio without discrimination. In practice that means it records everything equally, be it your voice or the noisy crowd behind you. In some cases that’s fine, but in most, it isn’t ideal. 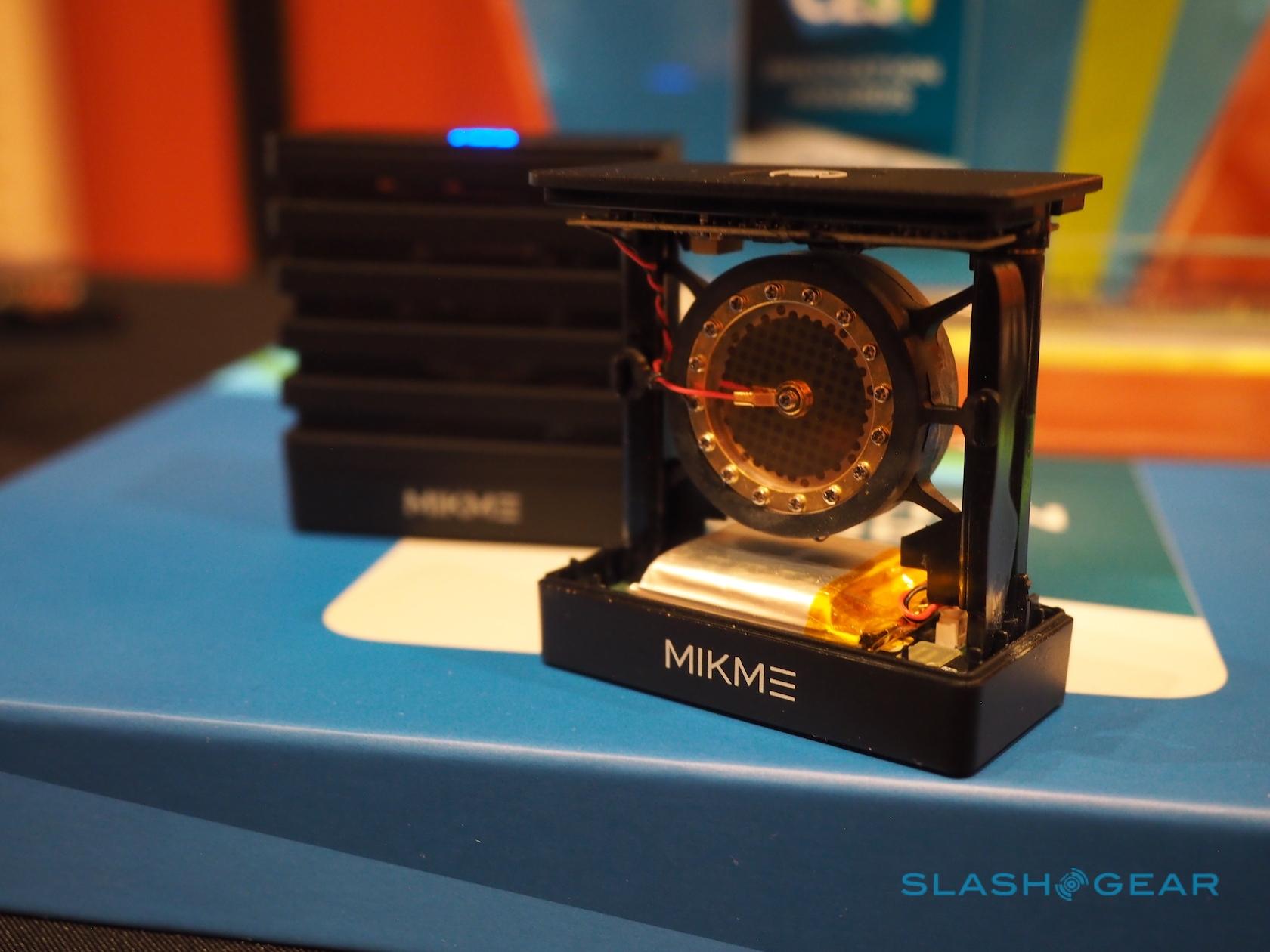 Mikme, in contrast, is able to isolate sounds, like your voice, from ambient noise and make the foreground really pop. Unlike most external mic accessories for smartphones, Mikme has a true condenser, 1-inch in diameter, gold-plated, and suspended in the air via a spider-like structure to prevent handling noise from interfering. The results were definitely impressive, as it was able to isolate voices from the background of a noisy CES floor. In contrast, the audio recorded from an iPhone sounded nearly atrocious. 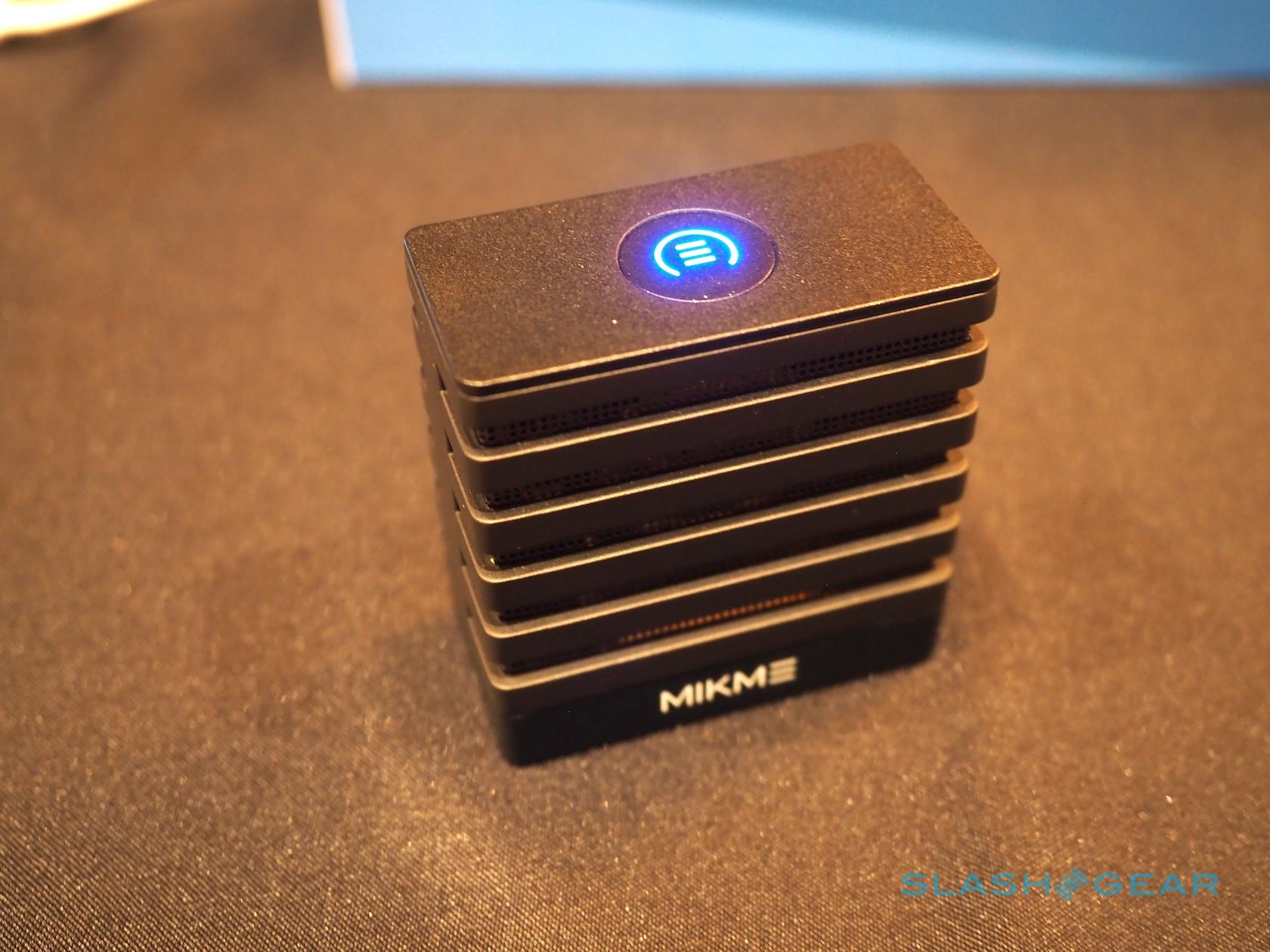 Mikme is also completely wireless. You can start recording at a touch of a button or control it from the iOS-only app. When used with an iPhone, the app can sync the audio with the video being recorded from the phone. An Android app is still in the works, hobbled by the platform’s less than stellar audio API. Fortunately, you directly record on the Mikme’s 16 GB storage. 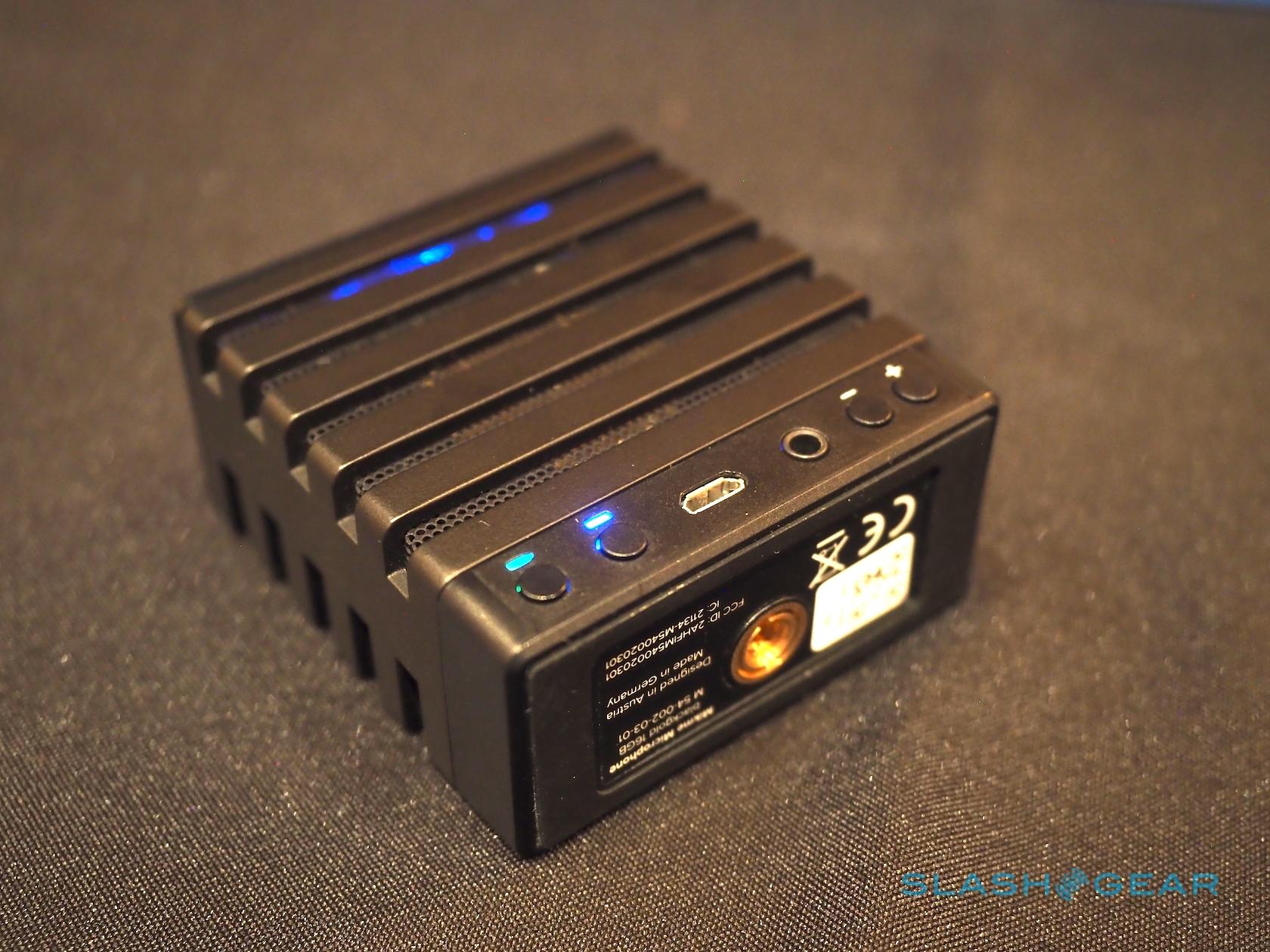 Ideal as Mikme might sound, no pun intended, there are still a few things that need to be done. The 3.5 hour battery life, for one, is promised to improve via firmware updates. The small team of 9 also want to be able to connect Mikme to a camera via Bluetooth. The Mikme Wireless Mic does cost quite a bit, $499 on B&H Photo, but if you’re in the market for studio quality audio recording on the go, it’s far cheaper than whatever professional equipment is out there. 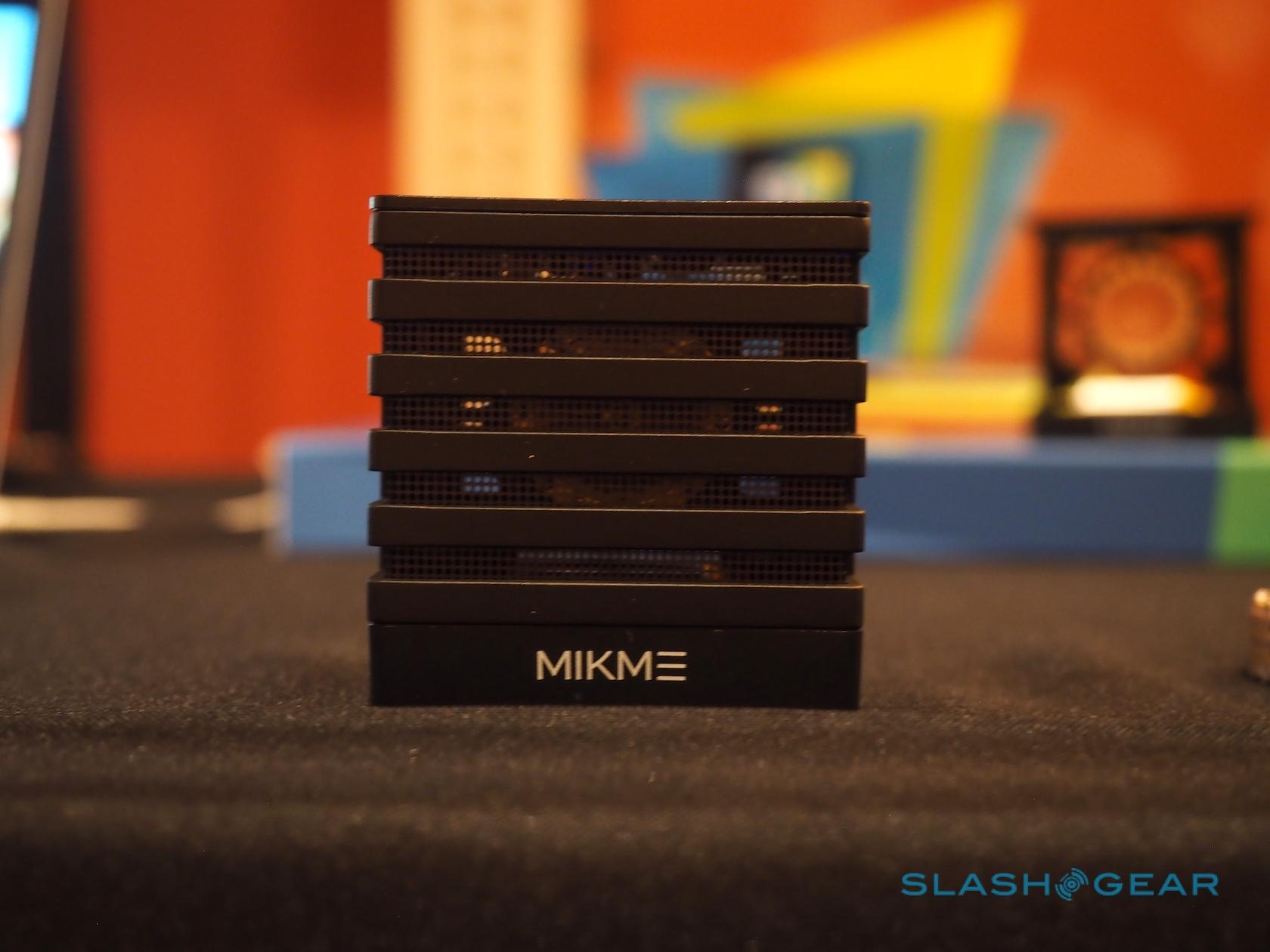