One of the most anticipated vehicles that GM has had in its history is the mid-engine Corvette. We have seen the car testing heavily camo-clad in the past. Some new images have been snapped of the car testing in the wild. One look at the frosty images and you can see its wintry weather testing GM is up to.

The front wheels have normal larger calipers as we are used to seeing. The rotors of the car also appear to be steel. That means no carbon ceramic fanciness, at least not on this tester. That is good news though, carbon ceramic brakes add massively to the price of a car. 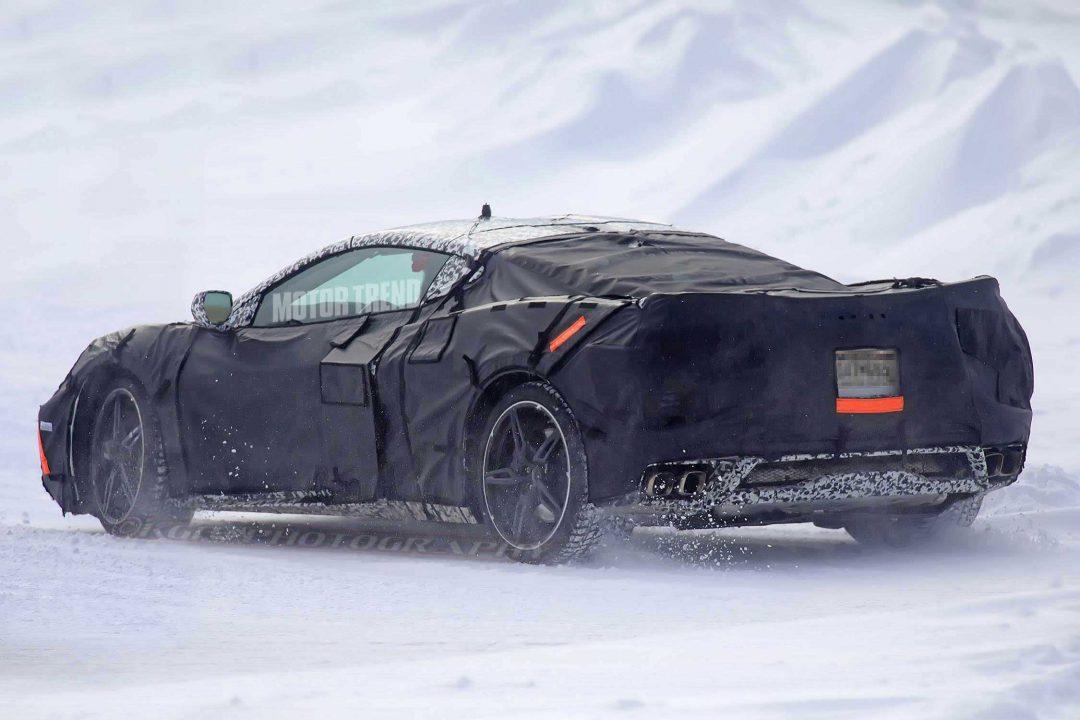 Rumors continue to suggest that the engine sitting mid-ship in this Vette might be a twin-turbo V8 making up to 850hp. Two engines have been fingered as options on the car with both sporting turbos with a small one at 4.2L and a larger 5.5L version.

As for when we can see the car sans camo, some think it might happen in Detroit soon. It’s expected to debut this year sometime and the sooner the better for gearheads. 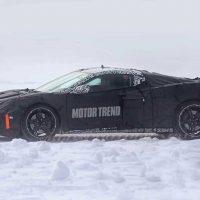 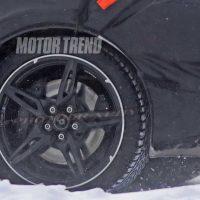 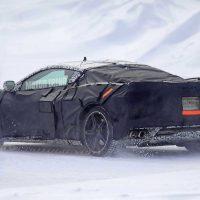 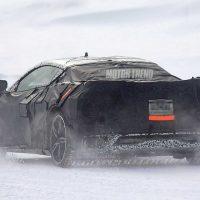