It was only yesterday that news broke out that Microsoft might be working on a new email experiment simply called Flow. Now, we’re getting some more details as well as some masked screenshots. This e-mail that isn’t e-mail app doesn’t resemble e-mail at all but behaves like a chat app. And now it seems that form really does follow function. That said, it’s simply a wolf in sheep’s clothing, so to speak, with the e-mail-centric Exchange server said to be the muscle behind Flow, at least in this testing phase.

As per the leaked description, Flow is designed to be more like a threadless, one-on-one e-mail discussion. In other words, a chat that happens to make use of e-mail addresses as well as the e-mail infrastructure. Unlike e-mail, however, it does away with some of the formal elements. The idea is that you just start chatting away without a thought about subjects, recipients (since you can only have one), and other scaffolding. And the user interface shown in these screenshots definitely reflect that, looking more like a Hangouts than a Gmail, if comparisons must be drawn. 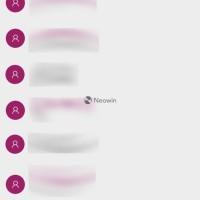 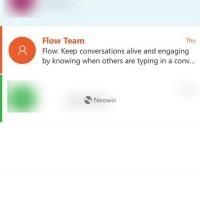 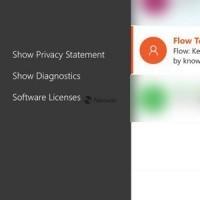 But Flow is, under the hood, really just e-mail. According to the source, the test is being run on an Exchange server. The chats also appear in your Outlook inbox and, therefore, can be easily searched and archived just like regular e-mail. It’s a one way street, however, and your non-Flow emails in your inbox won’t show up in the Flow app.

So why Flow? Aside from “because they can”, some people seem to have an aversion to e-mail. Some even think e-mail is, or should be, dead. But e-mail will be here for a long, long time. So one compromise is to sugar coat it to make it look less daunting while reusing the same e-mail infrastructure and reaping the same benefits.

That said, this is all currently internal to Microsoft, so there is no guarantee that it will even see the light of day any time soon. But judging by the reactions to Flow over the Internet, Microsoft might actually be on to something after all.