IFTTT, short for IF-This-Then-That, is one of those “Web 2.0” things that power users love but regular Joes and Janes can’t fully grasp. At the same time, it has created a new culture of automation, be it desktops or smartphones, and could even help the fledgling IoT industry to truly take off and expand beyond its limited borders. Microsoft, who already launched its own take on automation with Flow, is taking another stab at it via its Microsoft Research arm. Curiously and tragically named “CAP”, short for Conditional Action Programmer”, the still experimental platform puts a different twist to the idea by letting users type in their tasks in a more natural English language form.

IFTTT and automation platforms like it are actually simple to understand. You basically tell it to do something if a particular condition is met, like send you an SMS if the chance of rain rises above a certain percentage, or send a “saved” news article automatically to Evernote. Almost all of these platforms, however, utilize more or less point and click processes, requiring users to select from a variety of conditions and match them up with available actions or, at the very least, choose from ready made “recipes”.

This is where CAP differs, even from its distant cousin, Microsoft Flow. Instead of selecting from conditions and actions, you type your task like you were giving a verbal command to an assistant. For example, you can tell CAP to “E-mail me the weather forecast every morning.” Or “Post a Facebook message when I enter an area.” CAP will then take users to a window where they can fine tune the details, like adding time conditions, e-mail addresses, and whatnot. 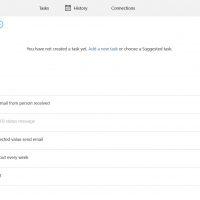 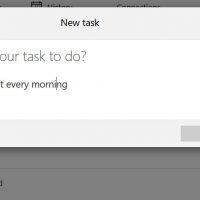 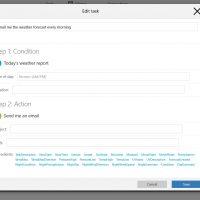 The platform is clearly still in its very early stages, though Microsoft Research is opening it up to the public not only for testing but to also expand CAP’s vocabulary and knowledge with the natural language input of testers. There are, for example, very few connections to choose from, even compared to Flow. It also doesn’t seem to pick up things like time or dates in the text, as you are still required to type in the exact times for deliveries. 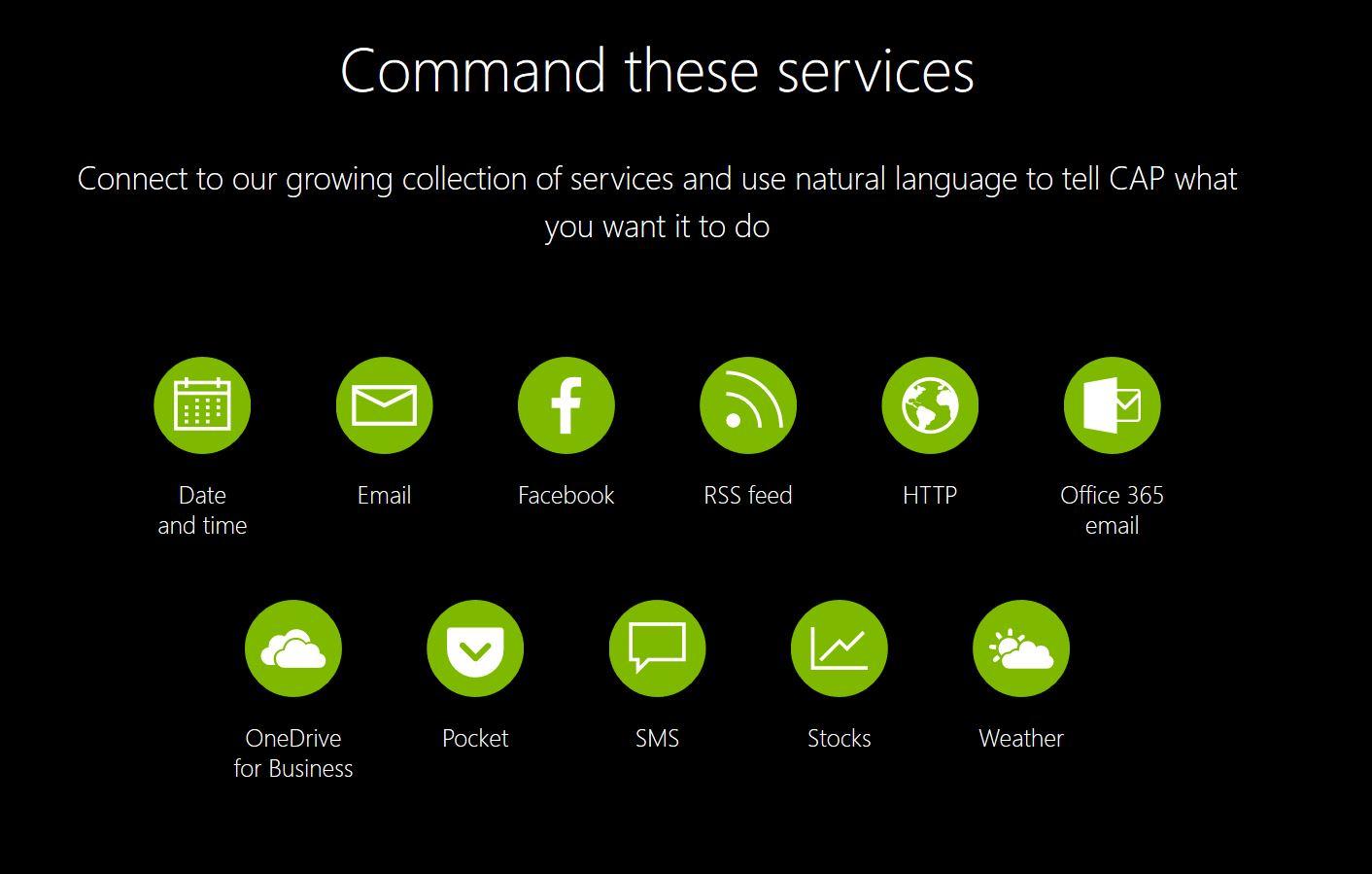 CAP currently offers a basic web interface but supposedly also has an Android version. In fact, some connections, like location-based conditions, will only work on Android. That said, the Android app is still nowhere to be found, though that could come soon.