Windows 11 may not be quite ready for primetime, but Microsoft isn’t letting that stop it from launching its latest features for the hybrid workplace, including updates to Teams and new Fluid support across more apps. For meetings mixing together in-person and remote participants – which look likely to persist well beyond 2021 – Microsoft has new video calling features in Teams to give everyone an equal spotlight.

It’s called front row in Teams Rooms, and it basically adjusts the interface of the meeting app so that everyone is treated equally. Described as “an immersive room layout that makes interactions feel more natural and gives in-room participants a greater sense of connection to remote participants,” by Microsoft’s Jared Spataro, Corporate VP for Microsoft 365, it’ll mean a big change to the Teams UI you’re probably familiar with now.

For example, the video gallery is now at the bottom of the screen, so that those who are connecting remotely are more likely to be at face level with those in a physical meeting room. Meeting content takes the center portion of the screen, but is flanked by contextual information: the agenda, tasks, and notes. Chat is persistent for all, whether remote or in-person.

However there’ll be other video layouts that can change all that. If there’s no shared content, for example, it’ll be possible to spread virtual participants out so that they’re larger. Teams Rooms is also getting live reactions, spotlight, the ability to pin multiple video streams, and chat bubbles. There’s also going to be a new Teams Rooms on Surface Hub experience, and an updated Microsoft Whiteboard experience on Surface Hub this fall.

Meanwhile, Fluid components are also going to play a bigger role in hybrid workplaces. They’re expanding to Teams meetings, OneNote, Outlook, and Whiteboard, to make it easier to co-create agendas, take noes, and assign tasks while with a Teams meeting. That will automatically integrate with OneNote meeting notes, too.

Chat, meanwhile, is shifting away from just a real-time communication approach, with the ability to pin messages and reply to specific messages from earlier in the chat. 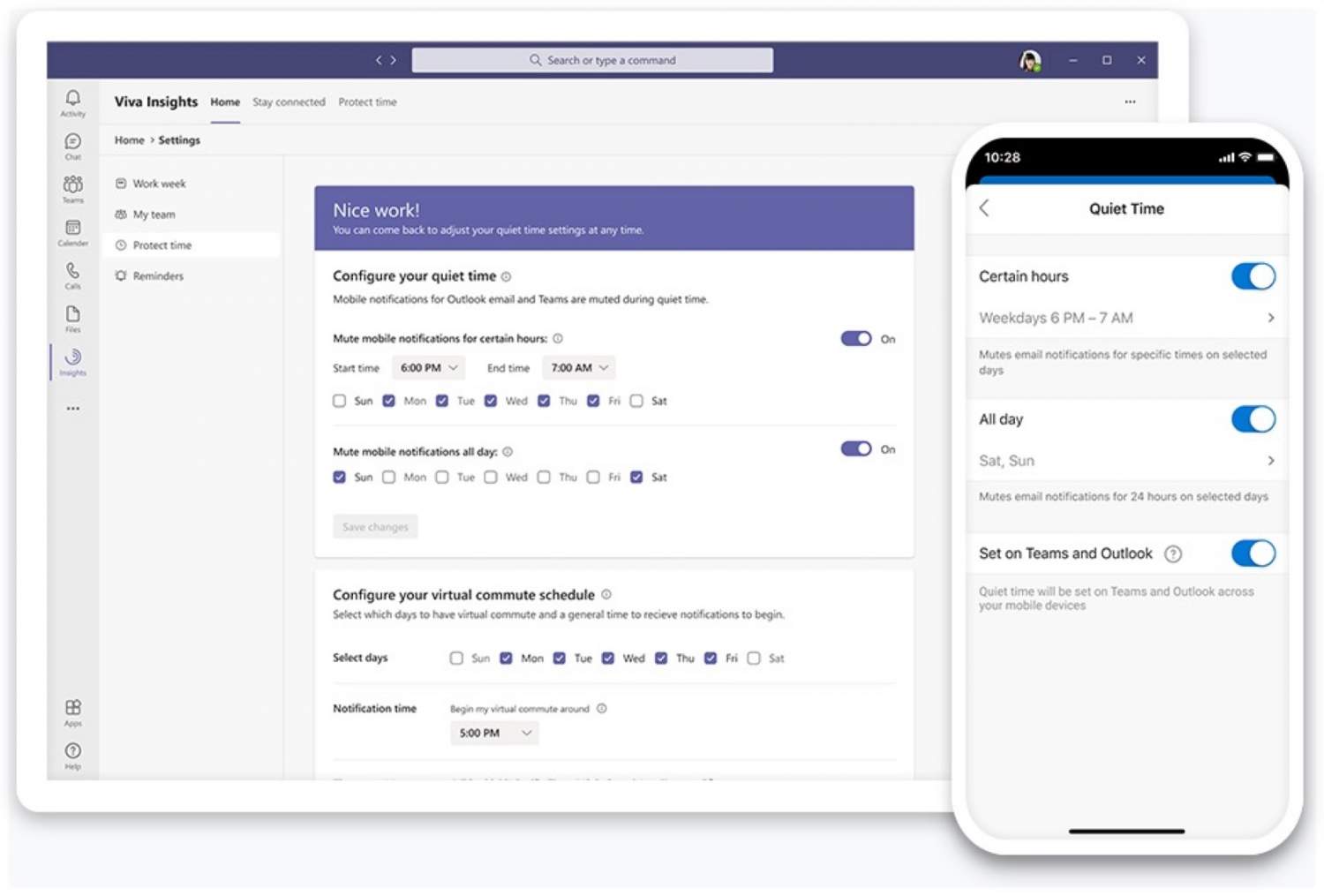 What we’re particularly pleased to see is ways not only to engage with teams, but to shut all that off outside of work hours. Microsoft’s Viva Insights is gaining the ability to set a “quiet time” period later this year, for instance, within which mobile notifications from Outlook and Teams will be silenced. It’ll also give you feedback on just how well you’re actually doing at disconnecting.