This week Microsoft has re-introduced their own creation as a smaller version of itself: Microsoft Surface in the form of a handheld tablet. It was Steve Ballmer himself that came onstage at the start of this event, beginning his talk with a bit of a teaser with “cloud computing and entertainment” and ending up letting us know the big bang right from the start: “and in all that we’ve done, Windows is the heart and soul.” Ballmer let the audience know that Windows in all powers 1 billion computers (and more, we must assume) across the earth, and that “Windows 8 re-imagines the product.”

Ballmer souped up the software and let us know that Windows 8 was about to keep with Microsoft’s core values while expanding their horizons. In starting with talk like “It was always clear that what our software could do would require us to push hardware, sometimes where our partners hadn’t envisioned,” Ballmer perhaps attempted to surprise the audience with the following: 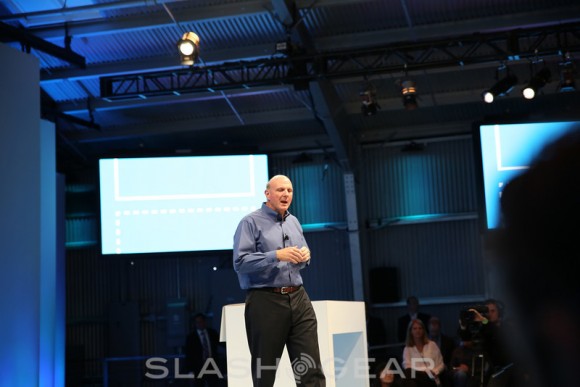 “Our number 1 revenue product when I joined Microsoft was a hardware product. Let’s take a look back at the role of hardware at Microsoft.” – Ballmer

Ballmer showed off everything from the original Microsoft Mouse to the Microsoft Natural Keyboard to the 2007 release of Microsoft Surface, noting “the same thing we did 30 years ago with software, we’re doing with new products.” Ballmer noted the Xbox, went to the Kinect, and came out on the other end with a Microsoft Surface tablet looking like a brand new product like we’ve never seen before. 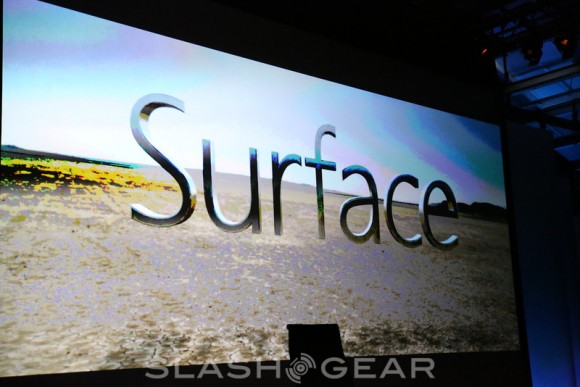 “People want to work and to play and they want to be on their desk, and on the go. Surface fulfills that dream. Your passions, your creativity, and your enjoyment.” – Ballmer

Stay tuned for more on this next-generation tablet, we’ll have all the details for you soon – check below!