Microsoft Surface Phone could succeed – Here is how

The Surface Phone rumors just refuse to die. Whether you liken it to an immortal zombie or the story’s unwavering hero is a choice for you to make. What is undeniable, however, is how these rumors reflect a sort of collective hunger, specifically among Windows Phone users and Microsoft fans, to finally be given a smartphone that they can be proud of, a smartphone that can stand proud beside the more recent generation of Surface tablets. In other words, a Surface Phone. But what constitutes a Surface Phone, and is it going to be enough to give Microsoft an edge in the smartphone market?

Nokia, whose mobile division, and therefore woes, Microsoft inherited, hasn’t exactly been renowned for its smartphone designs. At least not in the past decade or so ever since the smartphone revolution. While it has undoubtedly lead the mobile phone revolution, with designs that ranged from exquisite to eccentric, it has trailed behind in that area once the iPhone and even Android arrived. Perhaps the most notable smartphone design it has made of late was the Nokia N9, some aspects of which can still be found in some Lumia models.

The Surface Phone needs to quickly distance itself from that, in appearance as well as in build. Very few Lumia’s could be considered head turners if not for the sometimes garish colors they wear. Higher end Lumias, however, where more of the bleak and grey types, and their unimpressive designs do not help at all. And almost all Lumias have a love affair with plastic, something Samsung has learned to turn away from barely two years ago. 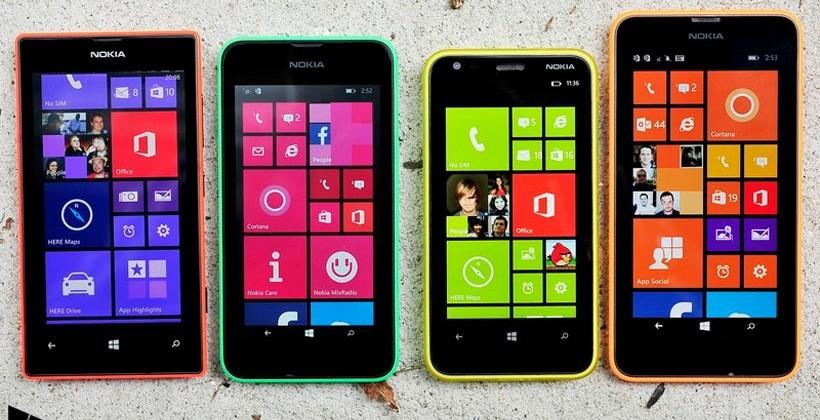 Some have pointed to the Surface Pro tablet’s design as a blueprint for a Surface Phone, with an all-metal magnesium alloy body and flat, chiseled edges. That design could very well work to set the Surface Phone apart from the competition, most of whom have taken to curved screen edges or rounded frames. Pure metal might be a bit of a problem for a device that is more likely to heat up than a tablet, but, at the very least, Microsoft cannot go with plastic here.

The one thing Microsoft need not worry about is specs. So far that has been the least disappointing aspect of its smartphones, which embrace all tiers and prices. Of course, a Surface Phone will need the best of the best, which is an easy enough problem to solve these days. But as the case of the Lumia 950 and 950 XL proved, it takes a lot more than just raw specs to make a convincing flagship. 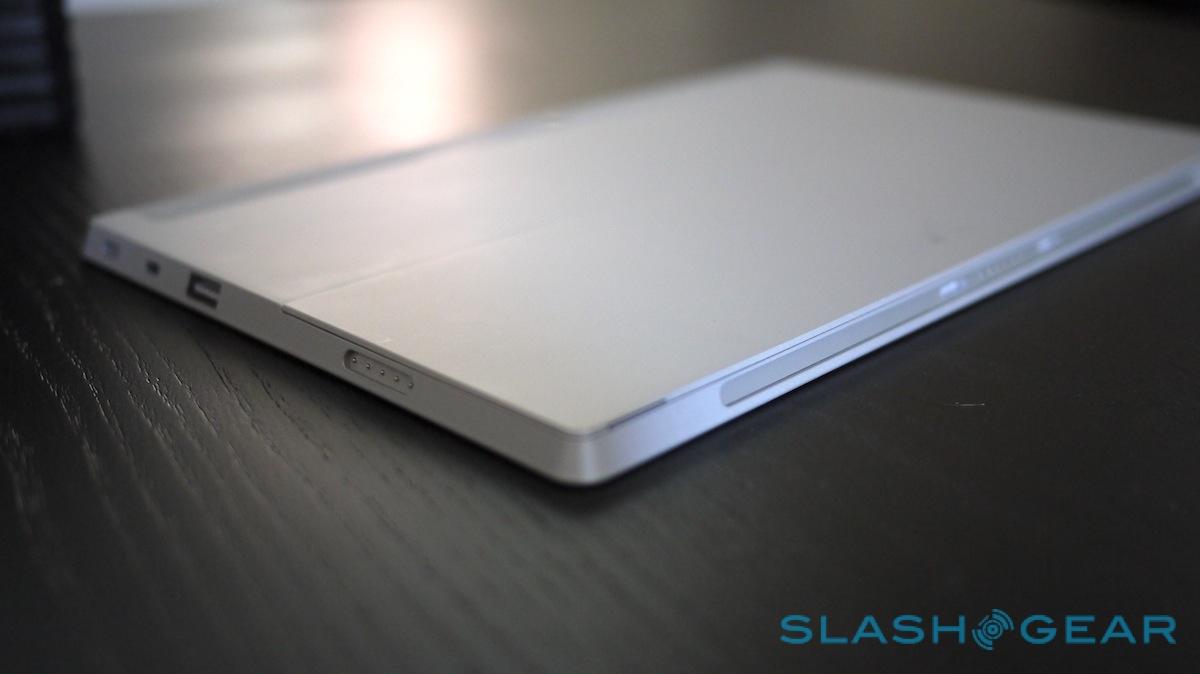 Microsoft is admittedly on to something with its vision for Windows 10. Gamers and game developers may have their fears about it, but the Universal Windows Platform (UWP) is trying to fulfill a dream that has been around as early as Java’s “write once, run anywhere” slogan. The acquisition of Xamarin and its technology sweetens the deal even more, bringing in Android and iOS into the fold. As a developer, you will naturally want your software to have maximum reach. But you also want to be spared from the heavy lifting that entails as much as possible. There are just two many targets to consider, from OS choice like Android versus iOS versus Windows, to form factors like tablet versus smartphone versus PC or, these days, versus virtual or mixed reality. On paper, UWP tries to remove the latter problem. On paper, Xamarin solves the former. In practice, Microsoft still has a lot to prove to convince developers to make that investment. For now, the results are mixed, with some developers signing up for the Windows 10 experience while others are leaving it for a more generic “Web for everything else” solution. 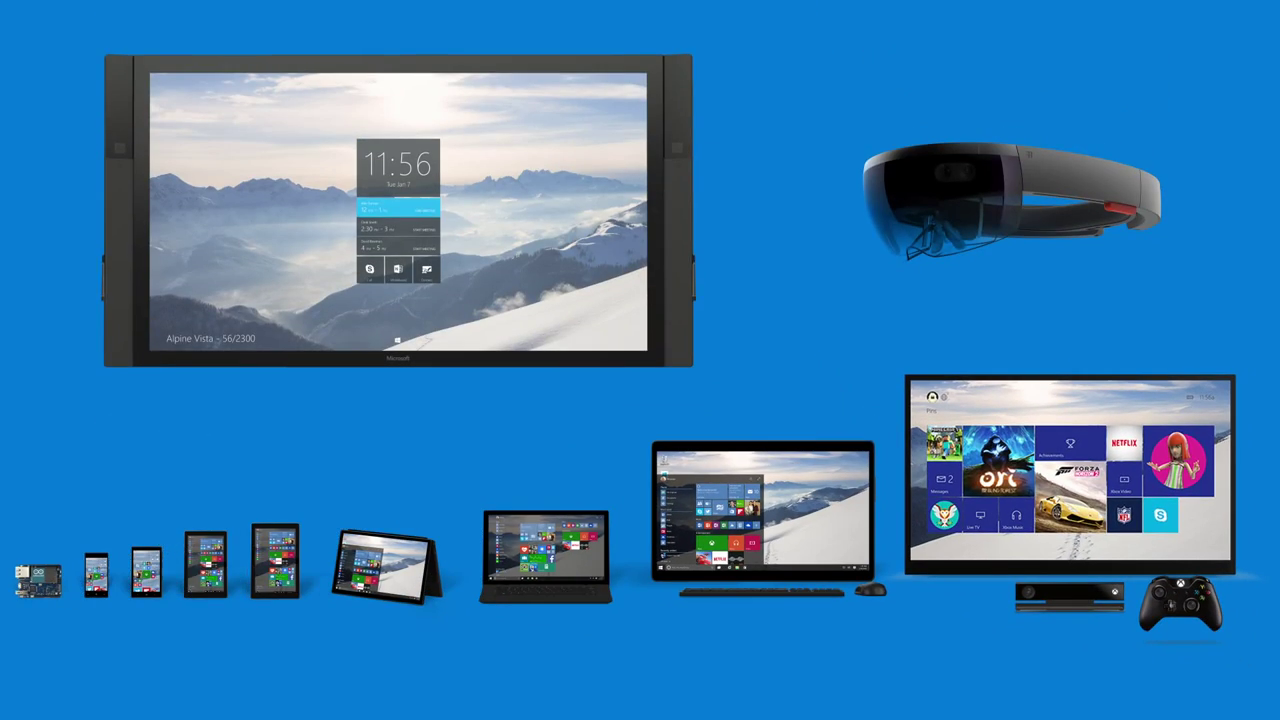 And that’s only the developer side of the story. For users, the promise of Continuum perhaps rings louder. On tablets, Continuum would provide a seamless transition from tablet to desktop when needed. For smartphones, it goes from smartphone to desktop. The end goal is to let your smartphone become your PC. It’s a lofty and enticing goal but, for now, the reality is that it feels half baked. Part of the problem is that there are so few smartphones that actually support Continuum for Phones. But the bigger problem is that, even if it works, there are just too few supported apps to make a difference.

In part of its push to get developers to embrace UWP, Microsoft has limited the scope of Continuum for Phones to a very small subset of apps that use UWP. And that subset is really, really small, even compared to the already relatively small number of apps available on the Microsoft Store. Yes, Microsoft Office mobile apps are supported, which is probably what Microsoft wants primarily. But it could do so much more and users want so much more. In essence, using that smartphone as a PC is only an illusion, one that users just aren’t willing to accept.

Enabling win32 apps to run on smartphones could help make a Surface Phone worth its salt and its price. Easier said than done, of course, but not completely impossible. Technically, such software cannot run on an ARM-based device, unless it has been recompiled specifically for that architecture. There are already some attempts to solve that problem. HP is proposing virtualization and remote desktop access, which could work except users would be beholden to good Internet connections. Microsoft itself is working on a wrapper and porting tool that would allow win32 software to be included in the Microsoft Store’s UWP-only catalog. Who’s to say Microsoft hasn’t yet found a way to make that work even for ARM devices? But while smartphones have indeed become powerful these days, it would still be folly to run, say, a full-blown version of Photoshop on it, even if it were technically possible. In that case, Microsoft will just have to set some limits, or trust developers to be reasonable, which might not always be possible. 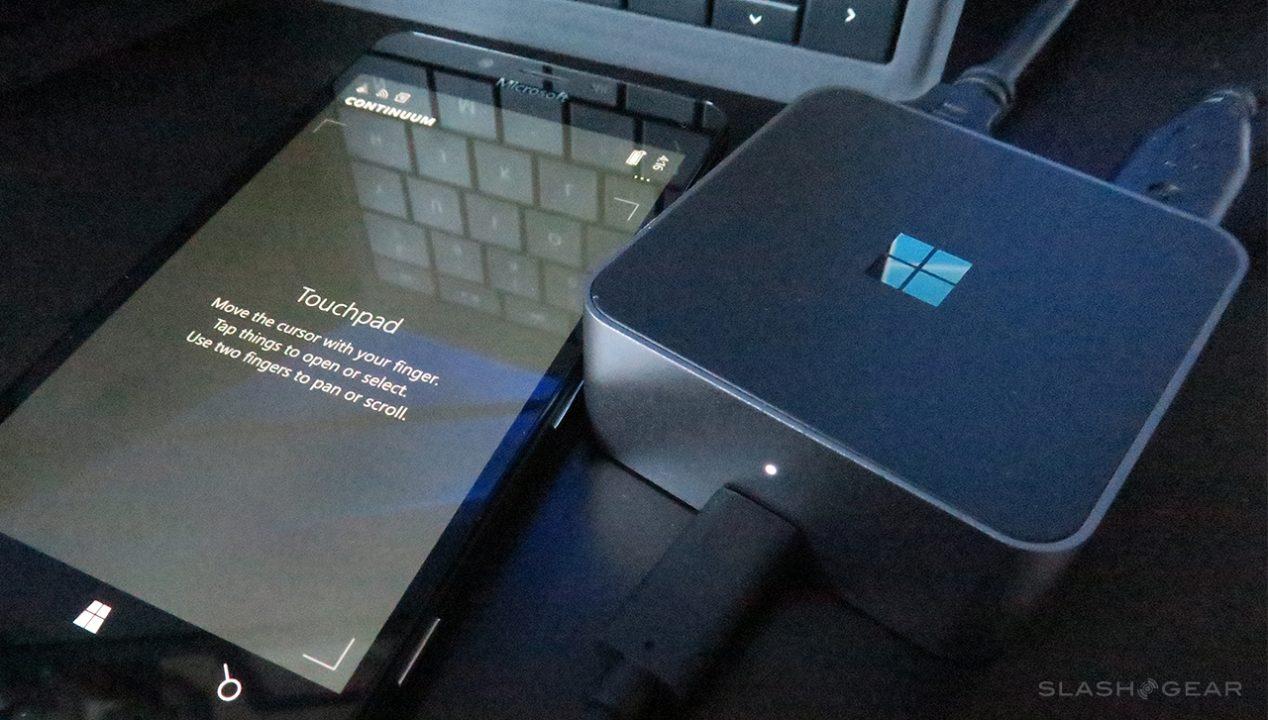 Just as Windows 10 and the Surface tablets were developed with each other in mind, so too does the Surface Phone need to be designed with Windows 10, mobile or otherwise, in mind, and vice-versa. A Surface Phone with a less than compelling Windows 10 will still be doomed to the same fate that the Lumia 950 met: a disappointment. 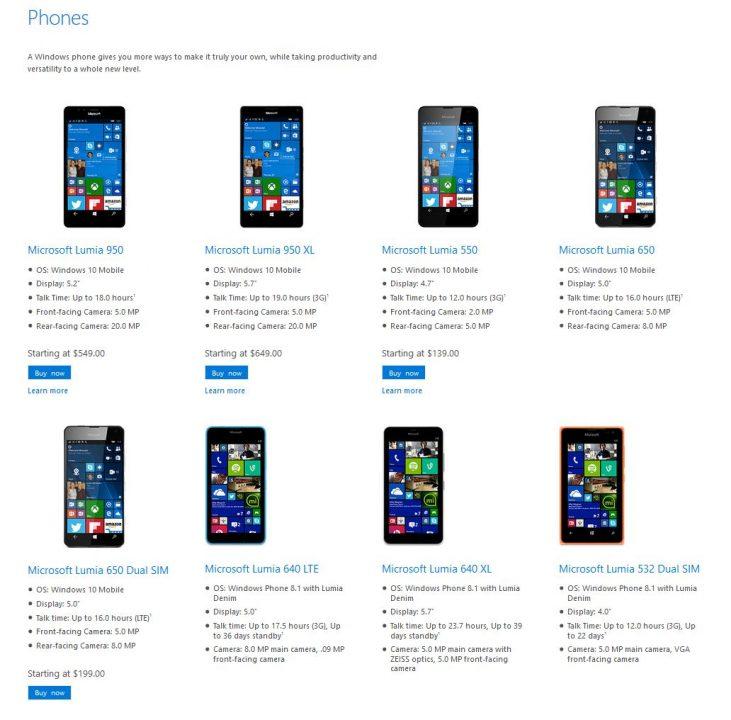 Microsoft is no Apple, who has been making both software and the hardware it runs on. Very few of Microsoft’s hardware products have met commercial success. Anyone remember the Zune? Microsoft’s business lies primarily with user experiences on the software side. While it does make hardware, in the bottom line it is dependent on OEMs to push those experiences to consumers. Just like the Surface tablets risked ostracizing those same partners away from Microsoft, so does the Surface Phone. But here the risk even greater. PC makers cannot really ignore Microsoft if they want to put Windows on their computers. But they can, and have been doing so, ignore Microsoft on the smartphone side. Microsoft needs to do its balancing act even more delicately and carefully this time. It does need a Surface Phone to be taken seriously in the smartphone market. But it also needs more partners to hop on if it wants Windows 10 Mobile to survive. The time of Lumias dominating the Windows phone market should has long been over. Let a hundred non-Lumia Windows phones bloom.

These are just some of the ways that a Surface Phone could survive in this cutthroat business we call the smartphone industry. Most of them are technical and should already be obvious to the people in Redmond. But there is one, more social factor that will be critical to its success and its survival. Microsoft needs to be committed and it has to actually show it. 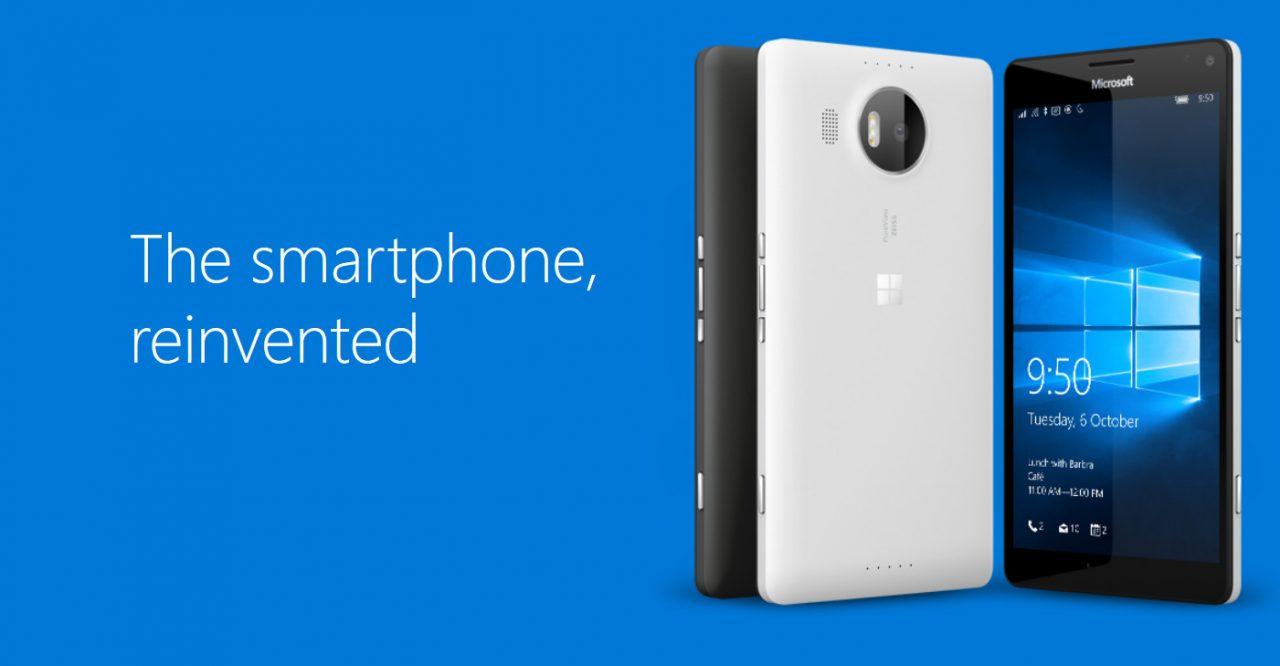 Windows 10 mobile already got off to a bad start. The update was late and devices promised to get the update were suddenly left out in the cold. And now, Microsoft is even saying that it isn’t focusing on mobile this year at all. Those who have stuck with Microsoft since the days of Windows Phone 7 is probably already used to the company’s flip-flopping, backtracking, and sometimes complete silence. Today, however, Microsoft can no longer afford to behave that way.

Microsoft surely has a strategy for mobile, and we might be getting only a small part of that through “official” statements. Part of its strategy seems to be bringing its apps to other platforms, sometimes to the detriment of its own mobile platform. But Microsoft will need Windows 10 Mobile to succeed if it wants to remain in the smartphone race at all. And it has to keep at least one foot in that race if it wants to survive in the industry. Microsoft says it is committed to Windows 10 on smartphones, specifically small screen devices on ARM. Words of commitment, however, are easy to make. It’s high time Microsoft actually live it.