A Microsoft slide has leaked that offers up some indication of what the notification center in Windows Phone Blue will look like. The notifications center has quick links for enabling features like Bluetooth and WiFi. 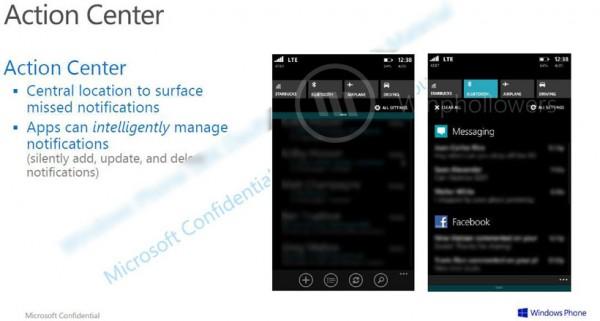