Microsoft’s Hololens is an interesting take on augmented reality, and now comes with robotic friends. At Build 2015, Microsoft announced B15, a robot that was also a holographic representation of something more. With core hardware meant for navigating, Microsoft showed how Hololens could be used to navigate B15 around a room, and be used to complete tasks. It’s also a learning machine, based on Hololens technology, and can reroute itself based on obstacles that may come up, and is always controllable by you.

Using a very simple robot, Microsoft added an AR layer that brings a more fleshed out humanoid bot named B15. The best way to describe B15 is that it’s an interactive interface for a physical object. 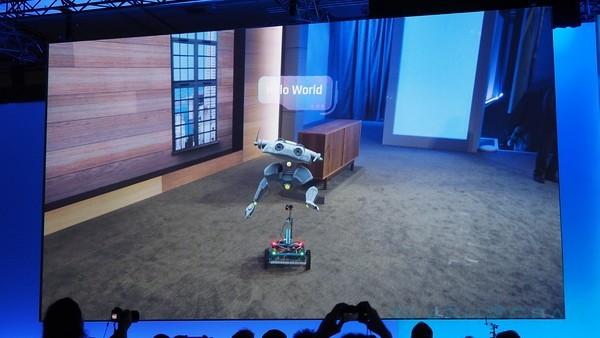 In their demonstration, Microsoft showed off how B15 could be used to get from one place to another. Cute, B15 may not be the interface we need (or want), but the groundwork is there. Using Hololens’ environment mapping tech, B15 was able to move about the room, even avoiding obstacles that popped up after the route was planned by the person wearing the Hololens. 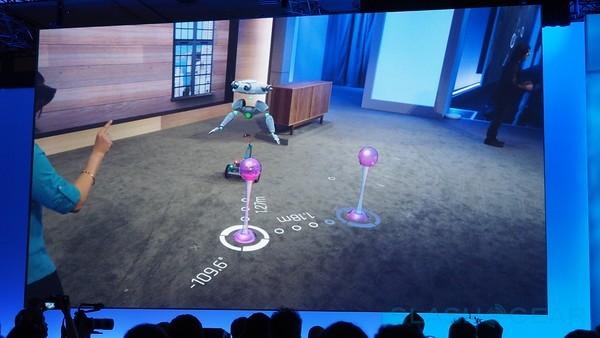 To plot a route, the user would simply map the environment and tap points on the ground for a bot like B15 to move to. Think of them as checkpoints. As the environment is mapped, any changes (like someone standing in the way) would cause B15 to find an alternate route. 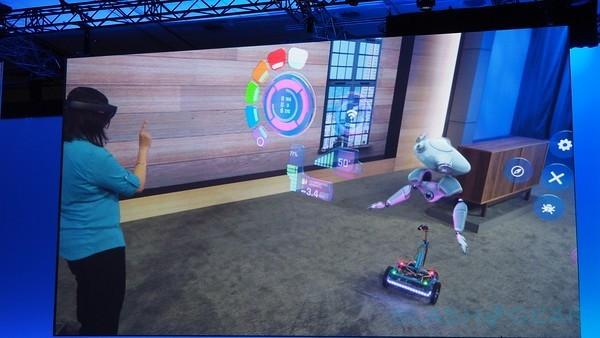 As with all things Hololens, B15 also has an AR control panel with controls. With voice control, you bring up a control panel and make the changes you need to by touching the air (which is the panel in that environment).

It’s a new step towards robotics, but also shows promise for all sots of Internet of Things devices.