Microsoft’s Surface products are among the best-looking laptops and 2-in-1s on the market. The series has successfully showcased the best features of Windows in the current era and provided consumers with a genuine alternative to Apple’s class-leading industrial designs. However, if there is one area where Microsoft has stumbled with the Surface lineup, it’s with the repairability of these devices. In most instances, customers are unable to self-service or upgrade their Surface machines like they can with PCs from other vendors; instead, they must send the devices to Microsoft for repairs.

The “right to repair” movement has been gaining momentum in recent times with consumers and advocacy groups tiring of the trend towards “planned obsolescence” for a variety of reasons, including the mounting e-waste problem and the feeling that consumers are being cornered into forced upgrades. The modular laptop from Framework is a good example of a company tapping into this consumer sentiment by developing a highly modular laptop design that can be easily repaired and upgraded by customers. In many ways, Framework is the antithesis of Microsoft’s approach with the Surface.

Microsoft lives up to its promises 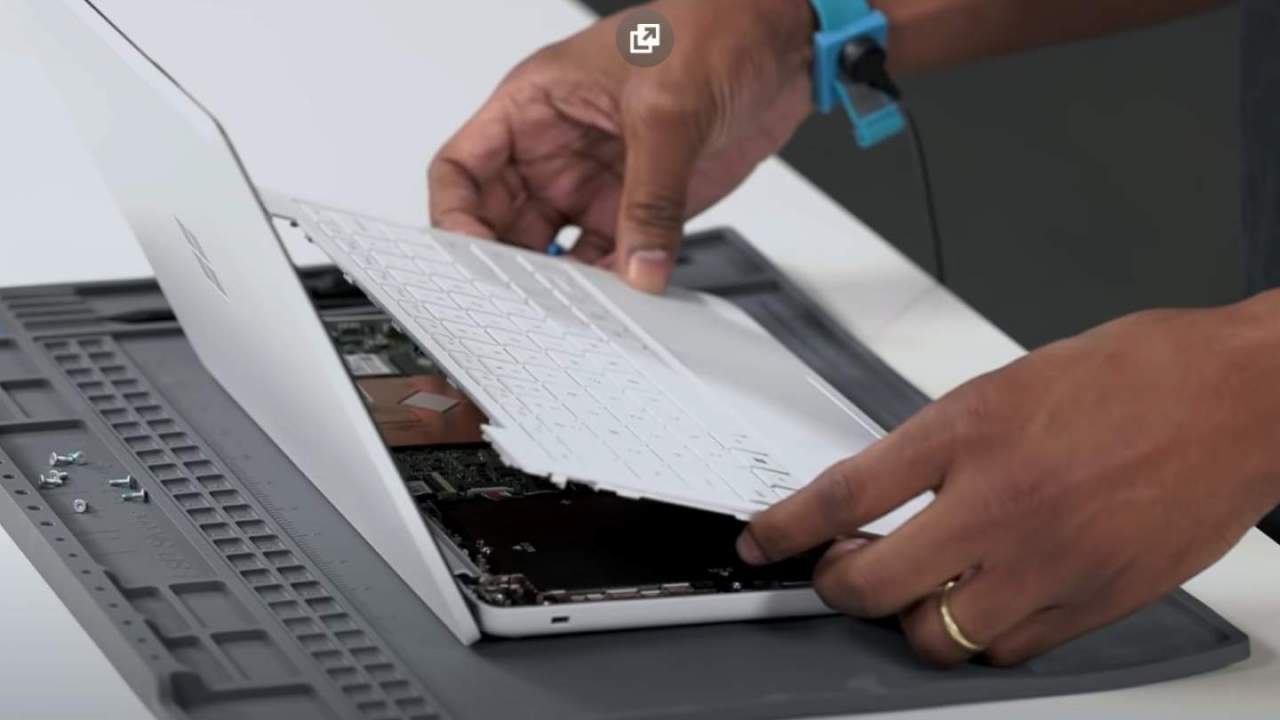 The Surface Laptop SE is one of the latest laptops from Microsoft and it takes a significantly different approach to its internal design versus previous Surface laptops. Instead of warning stickers and the extensive use of glue, this model is far more modular and user repairable than before – it isn’t quite like the Framework, but it is a very positive first step in keeping with a promise made by the company (via As You Sow).

To highlight this, Microsoft has posted a video showing one of its technicians walking through the teardown process for the Laptop SE.

The Surface Laptop SE is targeted at the education market, which means that multiple classroom sets of the devices will need to be deployed across a school. This will entail robust IT support that will also extend to staff inevitably needing to make repairs and replace things like worn-out batteries.

In fact, Microsoft has posted a disclaimer in the video stating “Microsoft recommends that you seek professional assistance for device repairs and that you use caution if undertaking do it yourself repairs.” Nevertheless, as the video highlights, the process of breaking down the componentry in the Surface Laptop SE is relatively straightforward.

The Surface Laptop SE teardown is not something that could have so easily been accomplished with previous Surface designs. If this is a sign of what is to come from Microsoft’s future Surface designs, we’re all for it.