Things are starting to heat up for Windows 10. Just this week, Microsoft has dropped word on various features and interesting tidbits to look forward to in the next major version of Windows. Free upgrades were promised, probably even for pirated copies of the OS, and a summer launch has been mentioned. But just because the upgrade will be free and available doesn’t immediately mean your PC or smartphone will be able to get it without a hitch. Again in China, Redmond is sharing what it will take for your PC or mobile to get Windows 10 up and running.

For newer devices, the requirements are more straightforward. They are also unsurprisingly separated into “desktop”, which covers laptops and most likely 2-in-1’s, and mobile, for smartphones and tablets. Unsurprisingly, there are still various “editions” within those categories, after all, this is Microsoft. The Consumer version of Windows 10 will be available for devices with screens 8 inches or larger while the Pro edition is, amusingly for 7 inches or higher devices. Microsoft is being generous with the absolute minimum requirement for display resolution, a rather low 800×600. 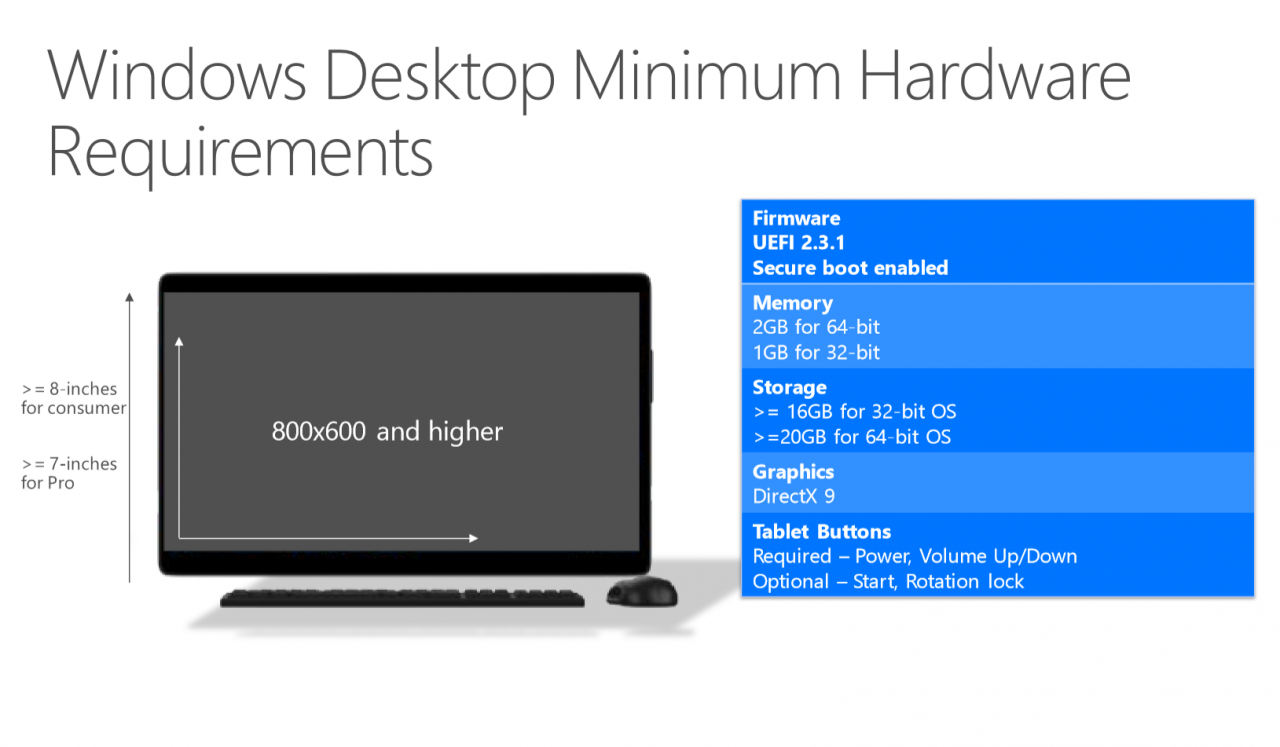 The rest of the system requirements are the same for both editions, varying only between 32-bit and 64-bit machines. Both need at least a 1 GHz CPU, 1 GB of RAM and 16 GB of storage for 32-bit, while 64-bit ones need 2 GB of RAM and 20 GB of disk space. These specs are quite interesting. Windows isn’t exactly known for being lightweight and compact, which seems to be the implication here. To be fair, devices running Windows 8 already do sport these configurations and Windows 10 promises even better efficiency and space savings, which, of course, remains to be seen.

For mobile, the requirements are even more specific. The absolute minimum RAM is 512 GB, and that’s for 32-bit processors. For storage, 4 GB is the lowest you can get, but, and it’s an important but, the device has to support a microSD card in this case in order to receive updates. Microsoft also defines “Mobile” as devices with 3 to 7.99 inch screens, though there will be some overlap within the 7-8 inch range. Microsoft also dictates the minimum resolution for devices depending on their RAM size. Microsoft has traditionally limited Windows Phone devices along display resolutions and it seems it is carrying that tradition over. 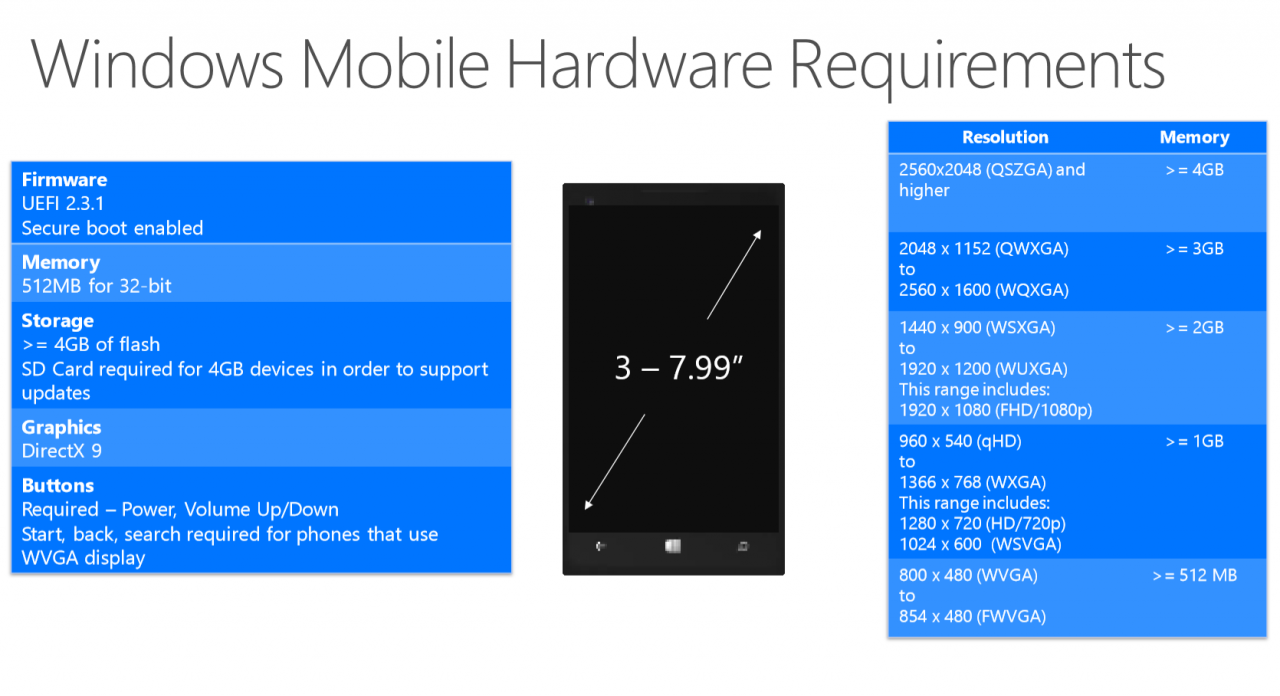 As for upgrading, yes Microsoft is providing free updates to Windows 10 for a full year, but not all will be taking the same path. Some will be able to upgrade directly via Windows Update while others will have to make use of external media. Those already running Windows 7 SP1, Windows 8.1 S14, and Windows Phone 8.1 will be able to get Windows 10 directly. Those on older versions than those (Windows 7 RTM, Windows 8, Windows 8.1 RTM, Windows Phone 8.0) will have to download ISOs. Of course, Windows RT don’t have an upgrade path at all, though Microsoft did mention providing one last update for the OS. 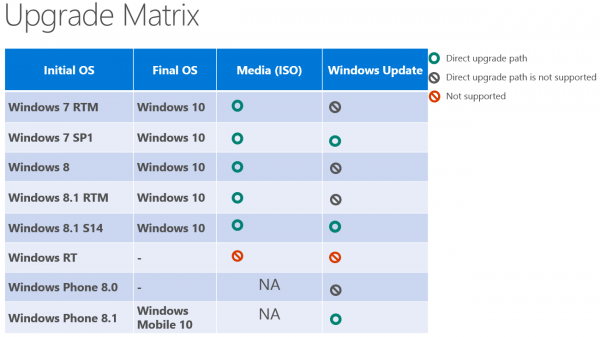