The Microsoft Research team had developed a sensor-based photo deblurring method back in 2010, which was designed to use the hardware motion sensors attached to a camera to help remove any motion blur from pictures. Originally meant for consumer photography, that technology is now being applied to deblur much larger photos for Bing’s aerial imagery.

This serves as a great example of how technologies developed in the lab have transferred over to real world applications, originating from Microsoft Research to enhance one of Microsoft’s own products, Bing aerial maps. The research was led by Neel Joshi, Larry Zitnick, and Richard Szeliski.

Joshi had long been interested in exploring image deblurring and his idea was to get information about how an image became distorted and then applying the correct math based on the data in order to recover the photo. With most mobile phone cameras being equipped with various sensors, such as accelerometers and gyroscopes, that information can be much more easily collected.

However, it wasn’t until Microsoft’s Bing Imagery Technology team approached Joshi that he was about to see his research applied in real use. The Bing team’s Global Ortho program used several airplanes equipped with cameras and special computing equipment and sensors that indicated when certain images might be blurry. They would then have to send the planes up again to cover these areas.

With the technology that Joshi’s team developed, that same data could be used to salvage the images through their deblurring method instead of having to retake the shots. The software algorithms once meant for taking everyday pictures did have to be adjusted for the must larger aerial photography and scale with gigabytes of pixels. And so, Bing has been able to offer clearer aerial images for users, although its limited to only the US and Europe for now. 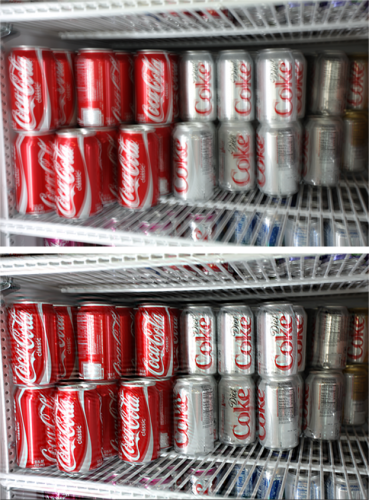