Microsoft has just released some recommendations for its hardware partners on what their next Windows 10 devices should pack, whether they be tablets or smartphones. Although not exactly set in stone or infallible, since Microsoft can’t exactly dictate the hardware unlike Apple, the list does reveal what the company has in mind when it envisions how Windows 10 will be spreading to consumers. Interestingly, it seems that for Microsoft, not all tablets will be treated equally and won’t be running the full power of Windows 10.

Microsoft categorizes tablets into three: 7 inch tablets, 8 inch tablets, and “Large Tablets”. The last one ranges from 10.1 to 12.5 inches, which probably hints that the anticipated Surface Pro 4 won’t go beyond that size. Recommended hardware for these tablets naturally vary wildly, but Microsoft is drawing the line at screen size. In particular, the 7-inch tablets are recommended to run Windows 10 Mobile though with support for Continuum for Phones so that they too could be used in a somewhat desktop-like experience when attached to external display and input devices. 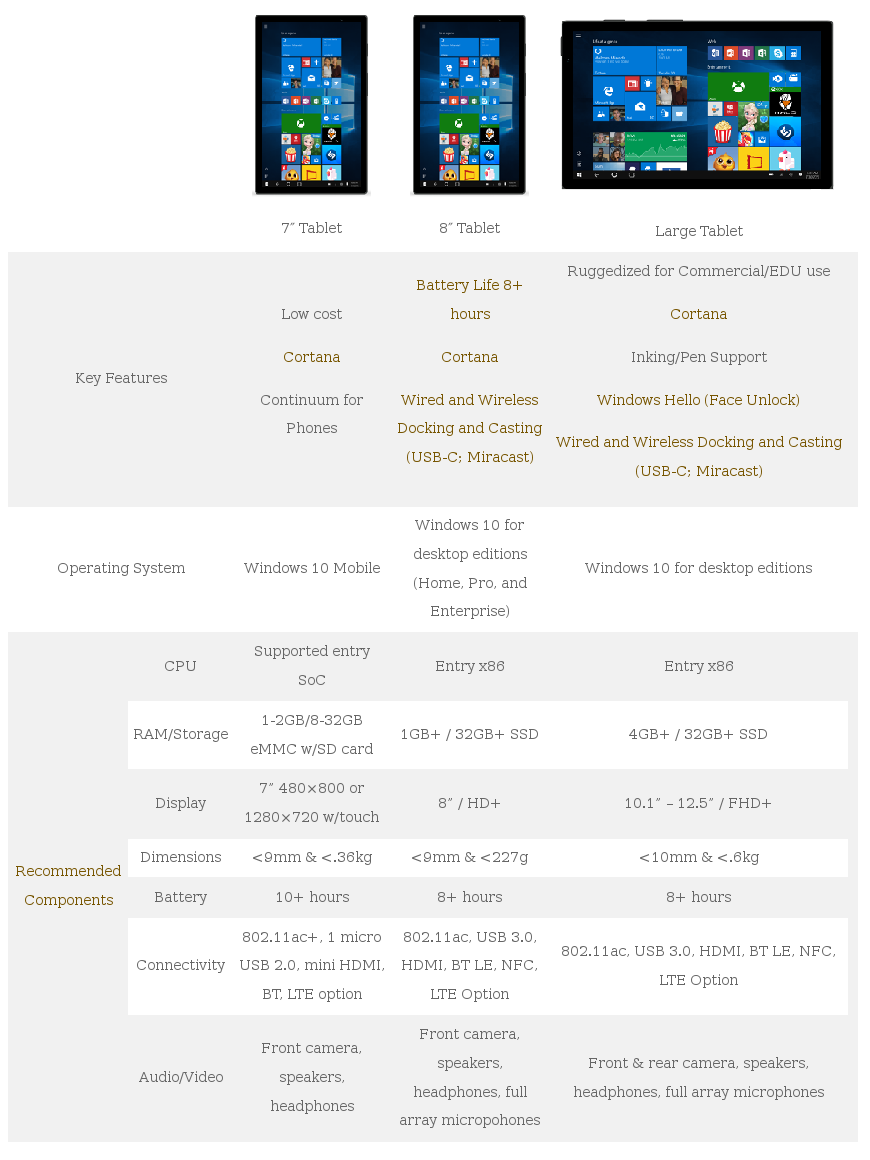 This practically puts 7-inch tablets in the same position as Windows RT, limited to apps that are found only from the Windows Store. Microsoft is of course pushing developers to write Universal apps for that very reason, but it might take some time before that gets traction. In the meantime, users of 7-inch tablets, whether or not they are running on an Intel or ARM device, will feel the lack of regular win32 apps.

Microsoft also has some recommendations for smartphones, which it categorizes as “Value Phones”, “Premium Phones”, and “Value Phablets”. No premium phablets here. The distinction here becomes less about screen size, since they overlap, and more about the the hardware inside, like the CPU and amount of RAM. Of course, smartphone configurations vary more than tablets, so there is no once size fits all. Interestingly, only Premium Phones are recommended to implement Continuum for Phones. Both Premium Phones and Value Phones do get Windows Hello, provided they have the hardware for it. 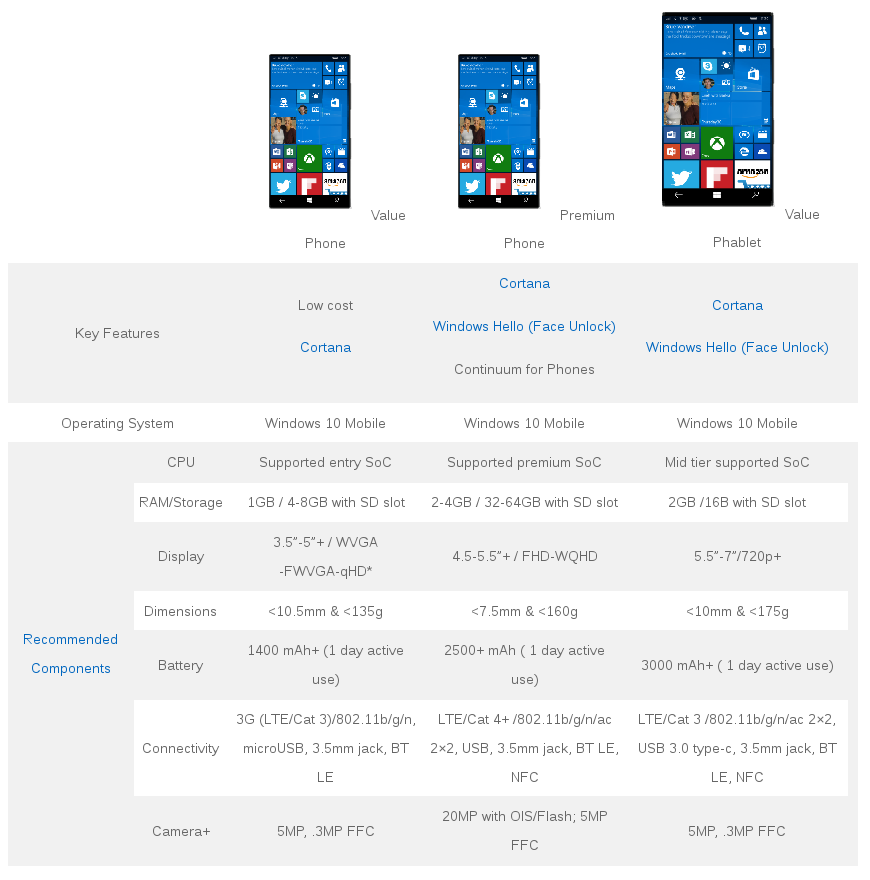 More than just a checklist for OEMs, this could also be a guide for shoppers in the near future. When you come across a 7-inch Windows tablet, for example, you’ll know not to expect a full Windows 10 experience there. Then again, these are just recommendations and manufacturers might choose not to play by all the rules.