Game streaming is touted to be the inevitable and unavoidable future of commercial gaming but, for that to work seamlessly, a reliable and fast Internet connection is required. That is why it makes sense for game streaming platform developers to make sure they have favorable partnerships with network operators and that’s exactly what Microsoft is doing in South Korea with its deal with SK Telecom that will, in turn, make the country the first gaming market to experience its promise of xCloud game streaming.

CEO Satya Nadella himself billed xCloud as a “Netflix for games”, a moniker that Google is distancing Stadia from, and is pretty much what it sounds like. On paper, it will allow gamers to play Xbox titles anywhere using their phone, as long as the latter has an Internet connection. And not just any Internet connection but a fast one, something like 5G. And when it comes to the convergence of mobile gaming and 5G networks, South Korea is probably the market to beat.

Microsoft entered into a partnership with SK Telecom and has named the latter as its exclusive operating partner for cloud gaming. It’s a rather broad term but, in practice, it will mean that the Korean carrier will have dibs on the services that Microsoft will be rolling out when it comes to cloud gaming, namely Project xCloud.

That will formally take place in October when the two launch a public preview of the game streaming service in that market. Exact details are still unknown at this point, like compatible phones and games. Those might land closer to the service’s launch. Press images show a few Galaxy Note 10 phones and games like Gears 5 as possible candidates. 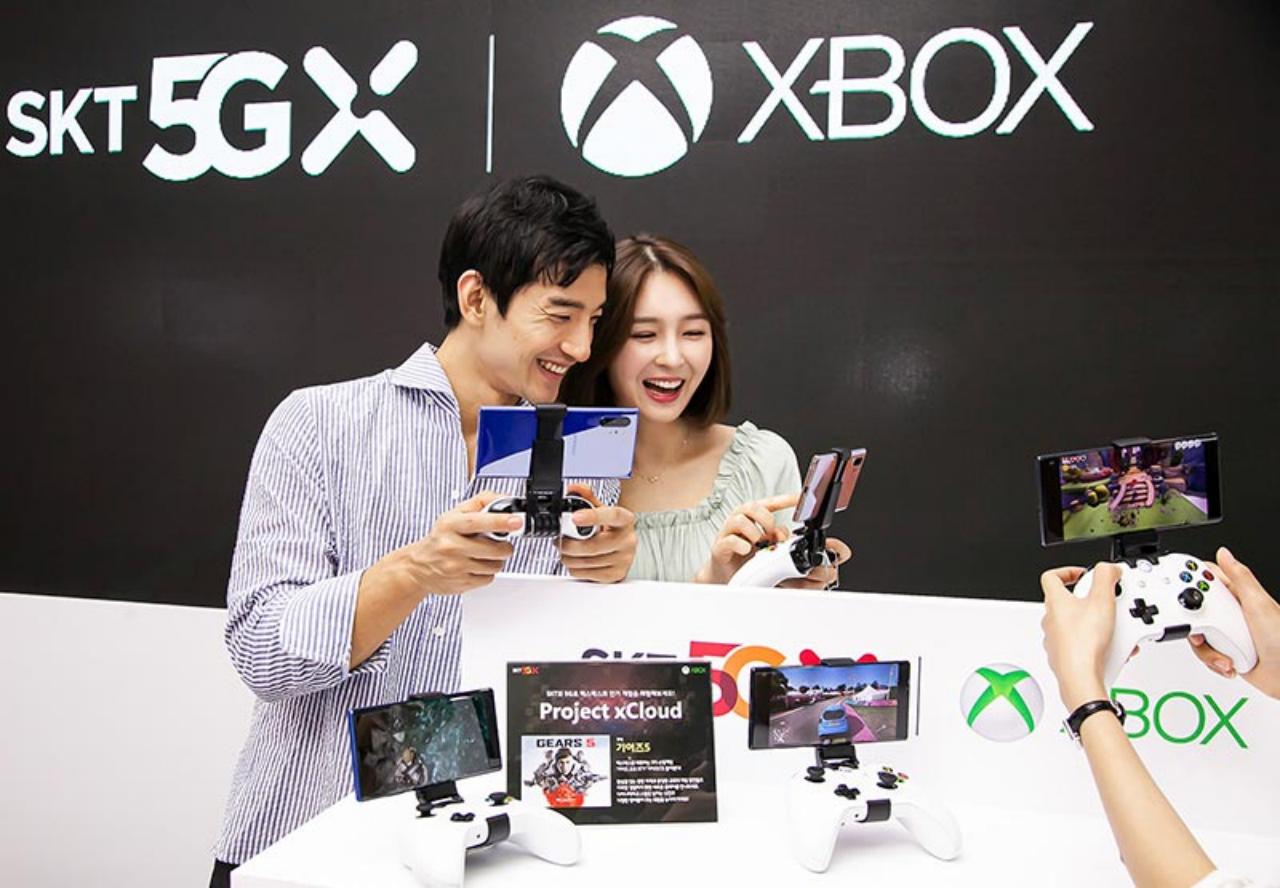 Microsoft will hardly keep the testing exclusive to Korea for long. More details and partnerships might be reserved for its upcoming Surface event, also in October, as well as an Xbox celebration in November. For now, though, it seems that Microsoft isn’t yet interested in bringing Project xCloud outside of smartphones, dashing any hopes for a cheap, cloud-only Xbox console in the near future.