For all our advancements in computing, mobile devices, and wireless technologies, transferring photos from phone to computer can still be a hassle. Plugging in via cable is fast but sometimes just as unreliable. Relying on cloud storage is a roundabout solution that is beholden to the quality of your Internet connection. But if you’re on Windows 10 with the Microsoft Photos, your prayers may have just been answered with this new Photos Companion app that’s has just been launched for both Android and iOS.

The developers behind Microsoft’s Garage skunkworks projects developed an easier way. In theory, all you need to do is to scan a QR code from the Windows 10 Photos app using your Android or iOS device. You can then effortlessly transfer the photos and even videos off your phone and into the Photos app’s camera roll. From there you can do whatever you need to on your PC, like edit them or add them as part of a project. 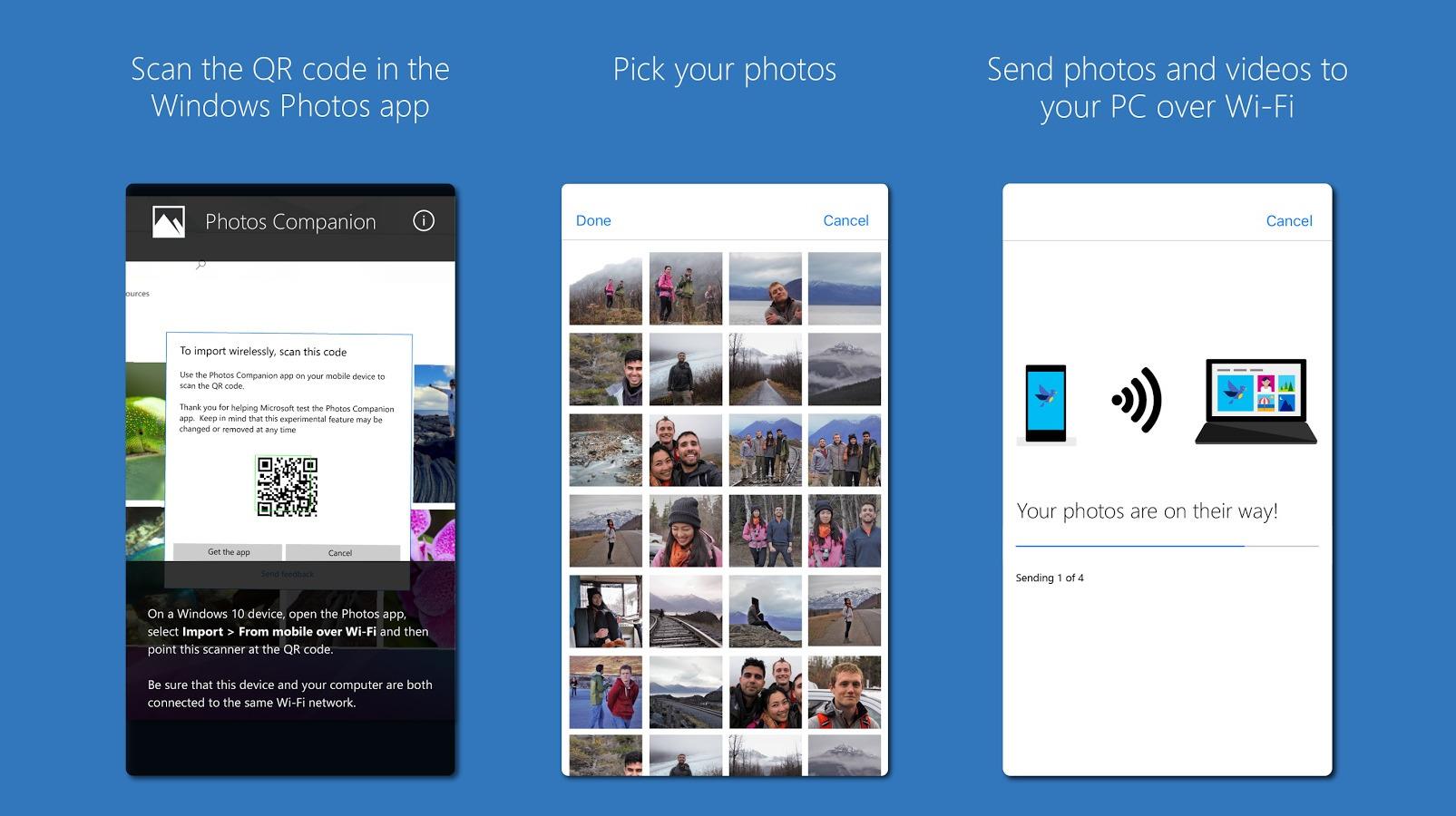 Of course, there’s still a bit of setup required but it mostly comes down to installing the Photos Companion app from Google Play Store or the Apple App Store. And, of course, it only works on Windows 10 and only if the two communicating devices are on the same Wi-Fi network. other than that, however, there is little else that needs to be done to get your photos off your phone and into your computer.