Microsoft has had its Office apps available for iOS users for a while now and the applications have proven to be very popular. Android users were left out in the cold until the preview started a few months ago. Microsoft has now announced that Office is available for Android tablets. The Android apps are similar in design to Office for Windows 10 and the suite for Android includes Word, Excel, and PowerPoint.

All of the apps have the feel of Office for Windows, but all three have been optimized for Android. The apps all support external keyboards. Word allows users to create documents using text, insert images, tables, and charts. Users can track changes and add comments to documents as well. Documents are also easy to share with other uses. 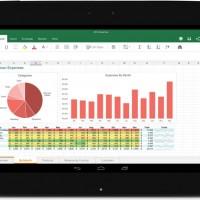 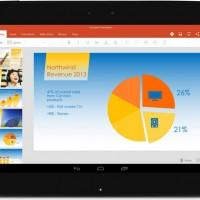 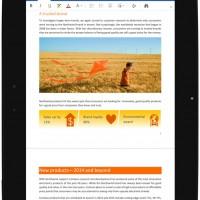 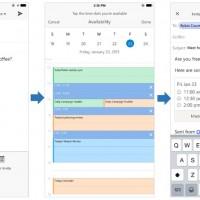 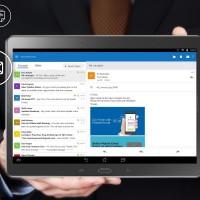 Excel has support for formulas, charts, tables, and PivotTables. Data can be sorted, filtered, and comments can be left on the spreadsheet as well. PowerPoint lets you make presentation on the go as you would with PowerPoint in the office. The official launch for Office of Android comes after a three-month preview program. Requirements for the Office suite are a tablet with a screen at least 7-inches in size, Arm based processor, and 1GB of RAM. Android 4.4 KitKat is the supported OS with no support for Lollipop at this time. Android devices with screens larger than 10.1-inches need an Office 365 subscription.

Along with the Office suite, Microsoft has also announced availability for Outlook for iOS and a preview for Android Outlook. This app works on iPad, iPhone, and Android tablets and phones. It will work with Microsoft Exchange, Office 365, Outlook.com, Gmail, Yahoo Mail, iCloud and any IMPA service. Microsoft has finally made use of Acompli after purchasing the app back in December. Check out the videos below to learn more about Office for Android and Outlook. Yu can download the apps from these links, Word, Excel, PowerPoint, and Outlook.