SlashGear reader Tony Reilly offered to preview the upcoming New Xbox Experience update for us, Microsoft’s update to the Xbox 360 GUI which will launch on November 19th.

The New Xbox Experience (NXE), unleashed on the public on November 19th, is the mother of all dashboard updates. Those of you out there that might have been a little upset with Microsoft for not updating their beloved Xbox 360 this Spring will be more than happy at the results the Xbox team have produced for the Fall Update.

Gone are the “blades” and in their place are CoverFlow-styled panes. This is more than just a standard update that we had gotten used to each Spring and Fall, this is a complete operating system overhaul. Never in the history of console gaming has anything like this been attempted, let alone actually done! What Microsoft have achieved here is nothing short of, what appears to be at first glance, a complete system remake, and I have to admit, it’s definitely for the better.

The new interface streamlines user interaction with the system and enables the 360 to adapt to new features in the future. The current blades really couldn’t be expanded much further. Finding information and downloads was becoming increasingly difficult and any new features Microsoft may have been thinking of adding would have to be shoe-horned into some existing section. The benefit of the new interface is that should a new feature be required in the future, Microsoft can just add a new section of panes. 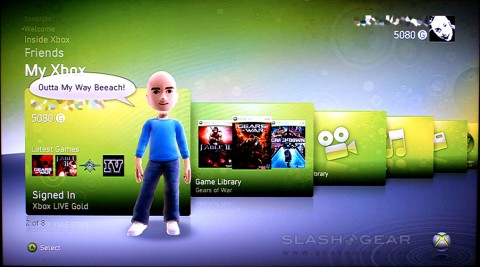 The current panes on offer are as follows (screenshots in the gallery below):

I found the way Microsoft have grouped things very intuitive and everything flowed very nicely. Not once did I find myself lost, or at a point where I didn’t know how to get back to where i wanted to be. I was also able to find content I’ve been looking for but could not find on the old dashboard because there was no easy way to go to exactly where I wanted!

While I said at the start that the “blades” interface is gone, this might not be entirely true. The new “Guide” interface (launched when you press the 360 button on the controller) is now very “blade” like, but this is not a bad thing, in fact, it’s a very good thing. While the old Guide was kind of limited, the new revamped version not only appears on screen much quicker, but it also allows you access to almost every part of the system. Everything from the Marketplace to the System Settings can be accessed from here. There are also a couple of nice new touches here, most notably the “Quick Launch”. This basically allows you to quickly jump into another game with out having to return to the dashboard (going from a disk based game to an arcade game, or vise versa, or between arcade games. Going from disk based to disk based is still going to require you to change the disk). 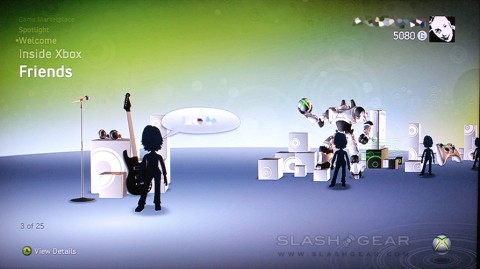 The other new feature that has been added here is the “Party”. Unfortunately, I was unable to test this as no one currently on my friends list had the updated dash. Microsoft describes a party as “a group of players that can play games and chat together”. So essentially you can meet with your friends and move between games together and chat between yourselves.

One last nice touch I’d like to mention here is in the “Achievements” section. If you have a zero gamerscore game on your list of games (you may have downloaded a trial version of a game, or played the demo), you now have the option to “Delete Game History”. This is something that I’ve been waiting for, as my game list was cluttered with Trials and Demos that really didn’t belong there. My Played Games lists and Achievements list are now much cleaner looking!

The biggest addition to the update, in my opinion, is the “Install to Hard Drive” option for disk based games. Basically, it dumps the content of the disk to the 360’s hard drive and runs the game from there. While you still need the disk in the drive to verify that you own the game, no longer does the disk drive (aka the jet engine) spin constantly during play. So, not only is the console as quiet playing games as it is while on the dashboard, the load times are improved and the games I’ve tried seem generally more responsive. One example would be Fable 2. While playing the game from the disk, the pause menu and menu system in general was jerky in loading and I found it to be a little laggy. In addition, the golden trail that shows you where to go could would occasionally pause to re-calculate if you went off course. Once I installed the game to the hard drive all the lag and jerkyness went away. The menus and loads were buttery smooth and I found the golden trail calculated much, much quicker and smoother. It might also be just me, but I found that there were far fewer frame rate drops when running of the hard drive. Games seem to take around 10 minutes to install, occupying 6-7GB of hard drive space (those of you out there with the 20GB drive might want to either start clearing off some space or look at investing in the 60GB or 120GB hard drives). To install a game, all you have to to is press the “Y” on the controller for Game Options and select “Install to Hard Drive”, it really is that simple! 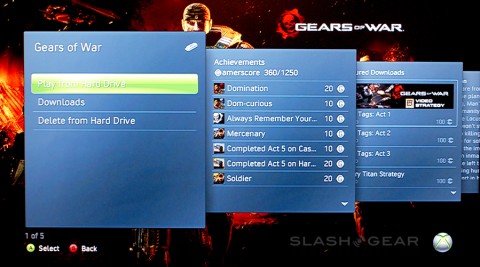 One other big change that can not be avoided are Avatars. This is Microsoft’s answer to Sony’s “Home” characters and Nintendo’s Mii’s. Graphically a cross between the realism that Sony is trying to achieve and the cartoony quality of the Mii’s, I’ve heard mixed opinions about the Avatars but, personally, I like them and think they are a welcome addition. When you boot into the NXE for the first time you will be asked to create your Avatar. There are many customization options, ranging from various clothes, to hair styles, facial features (chins, ears, noses, etc.). There should currently be enough choice to get a fairly good representation of yourself. I’m also led to believe that Microsoft will be adding more options at launch and eventually a marketplace where you’ll be able to buy designer clothes and advanced features. The avatar not only replaces your gamer card, but will also eventually be able to represent you in games (both arcade and off-the-shelf titles). I think this is only the start of the Avatars and we’ll be seeing them used a lot more in the future.

On the 19th of November, when millions of Xbox 360’s around the world are turned on and connect to Xbox Live, they will be prompted to install the new Experience update. The download and install takes no longer than any other dashboard update of the past (which is amazing considering that everything changes and the PS3 updates take sooo long yet the interface remains the same). This update brings Microsoft’s 3 year old system bang up to date and back in game in terms of interface sleekness. The new features (especially the install to hard drive option) are all welcome additions and keep, in my opinion, the 360 consistently ahead of the competition. If I was to rate this like a game, it would have to get a 10/10, no questions asked. There really is not a bad word that can be said about this update. Just download it and enjoy it!

We’d like to thank Tony again for sharing his experience of the NXE.  The software update is scheduled for release on November 19th. 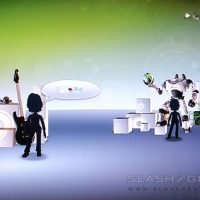 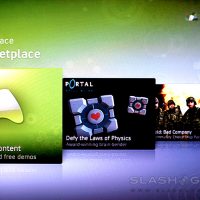 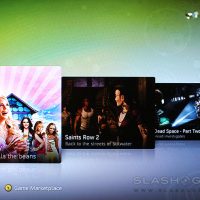 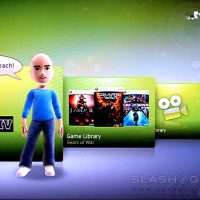 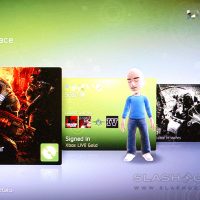 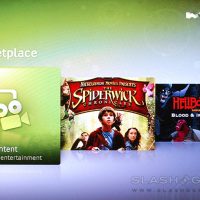 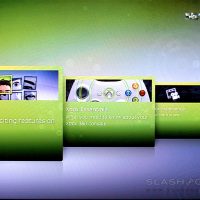 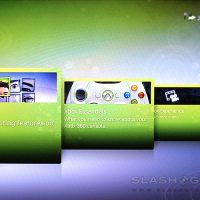 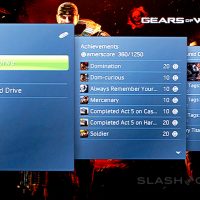 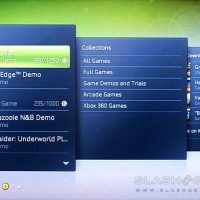 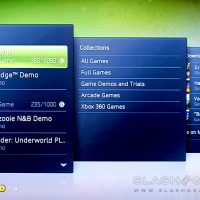 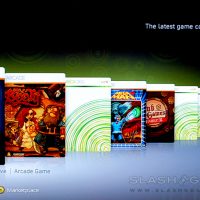 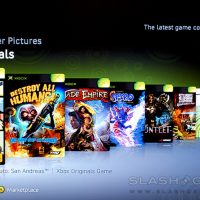 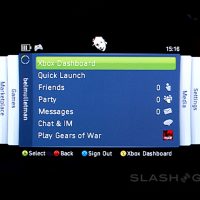 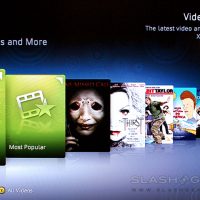 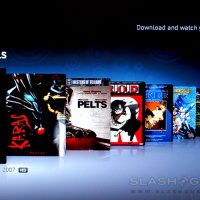