Microsoft‘s Mixed Reality Headsets, which first went up for preorder for developers at the start of summer, have appeared online for anyone to buy — including the average non-dev consumer. These headsets are still intended for developers, mind, but they’re not limited to just those buyers. There’s an HP model that costs $329 USD as well as a cheaper Acer model that costs $299 USD.

The two mixed-reality models appeared on Microsoft’s online store today, and that appears to be the only place you can buy them currently. The Acer model is the only one still in stock; whether more units of the HP model will appear is yet to be seen. The HP model is more expensive, but only differs from the Acer model in that it has an adjustment knob and headband with extra padding. 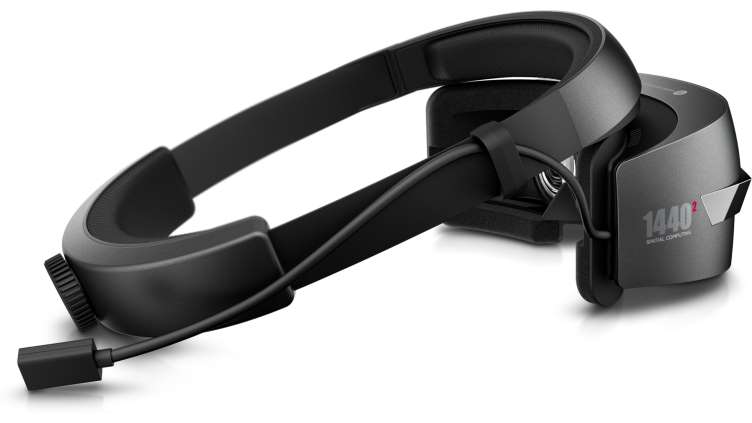 The listing for the Acer product still specifies it as a Developer Edition with the description explaining that it is ‘for developers only.’ But anyone can purchase it through the online store. The headsets are designed to be used with PCs that Microsoft describes as “Microsoft Mixed Reality-ready,” of which that is a broad range per the games and apps that will be available for the headsets.

The Acer headset features a pair of 1440 x 1440-pixel displays that measure in at 2.89-inches across. The display on the front of the headset is hinged, while the user is given a fairly wide 95-degree horizontal field of view. The unit has a native 90Hz refresh rate and integrated speakers, but a microphone has to be added using a 3.5mm headphone jack. Video and data are delivered via USB 3.0 and HDMI.

If you’re developing apps for these headsets, Microsoft recommends that you use a Windows 10 PC sporting an Intel i7 processor, an NVIDIA GTX 980 or greater graphics card, and that you have at least 16GB of RAM and 10GB of free storage space. That puts the PC requirement beyond the means of many people, though the requirements may come down in due time. Later this year we should see similar models appear from companies like Dell and Lenovo.