Microsoft might be inserting Bing in Android context menus via Outlook

Microsoft is a company notorious for tactics to get its products in people’s hands, whether they wanted it or not. It has been trying to reform that image and its practices, but not before a number of legal losses in certain countries and continents. Still, it’s not surprising to hear from time to time when Microsoft seems to forget all the trouble it went through (Hello, Edge). One such example is the mysterious appearance of a Bing search option on Android’s long-press menu, even if you never installed any Microsoft Android app other than Outlook.

Although Microsoft does have separate apps like Office, Outlook, and more, what it is really selling is a suite, or rather an ecosystem. These pieces of software and services all connect to each other in some way but you certainly wouldn’t expect one app to install another app’s feature unless you installed the latter explicitly. That’s precisely why users were surprised to see a Bing search option when they brought up the context menu when you long press on a text when they never installed Bing’s app at all.

To be clear, Microsoft isn’t making any security hack and doesn’t actually install Bing behind your back. Instead, it utilizes an Android platform feature that lets app developers insert their own custom actions into that popup menu to offer additional services provided by their apps. That, of course, implies you installed the app in the first place, not simply an unrelated app by the same developer. 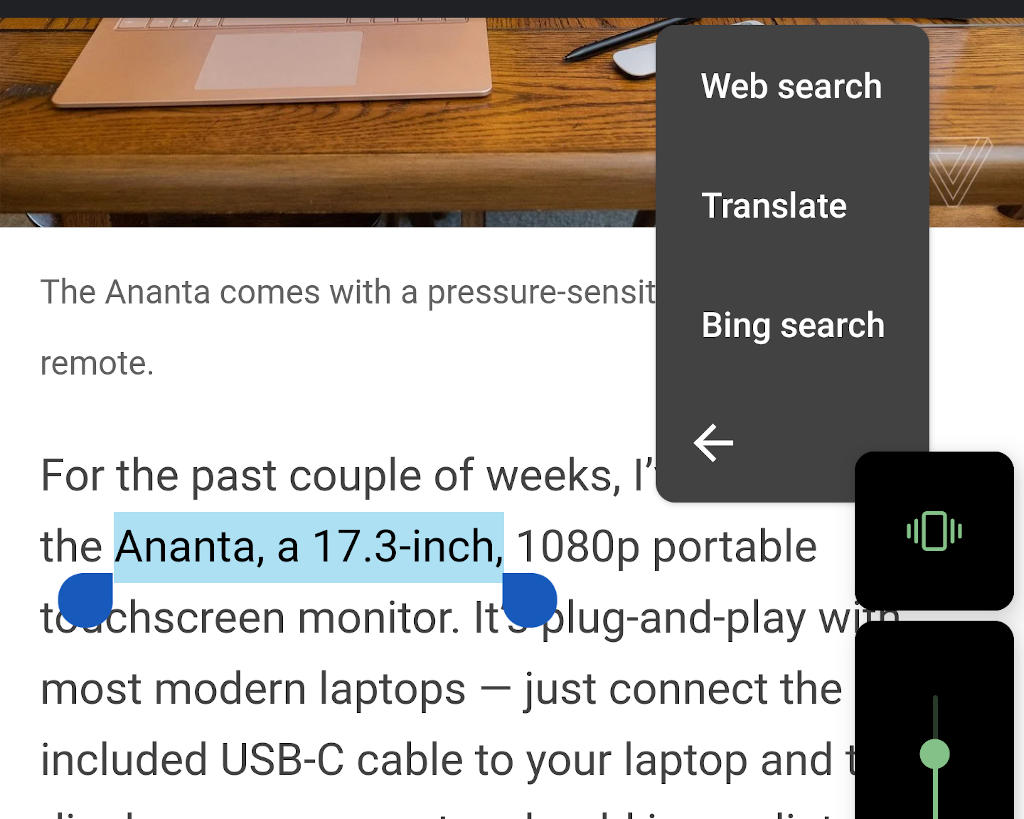 XDA dug into Microsoft Outlook’s Manifest file and discovered that the app does add the Bing search menu option but only if the Microsoft Edge browser was also installed. The experience of other users, however, suggested it was not the case. Either that or Microsoft’s implementation woefully broken.

Hopefully, this was just a bug or even an oversight that Microsoft can quickly fix. Regardless, the mere fact that Outlook inserts a menu item that has no relation to it and which appears in apps outside of it is tantamount to an advertisement and abusing the system Android has in place for actual meaningful features and expected behavior.