Microsoft Mesh is the next big thing from Microsoft, utilizing the next generation in augmented reality and high-speed internet connectivity to connect people around the world. People “feel like they are in the same room as each other even when they’re on different continents” as they interact digitally in real time. Microsoft introduced “Mesh-enabled apps” that’ll work across any platform or device.

Below you’ll see the first presentation video for Microsoft Mesh. With this system, Microsoft imagines how users will interact with one another both in the distant future and in the very near future. Here you’ll see some of the more wild possibilities – but it’ll start simple.

Microsoft Mesh will start with Microsoft Teams and Microsoft Dynamic 365 integration right out the gate. With integration with those platforms, Microsoft expects that their partner community will “do what they always do and build a wide variety of new and exciting experiences on Mesh.”

“For now,” said Frank X. Shaw, Corporate Vice President, Communications, Microsoft, “it’s fun to daydream about what’s next.” And imagine they shall – complete with developer support for Mesh integration in the very near future. You won’t necessarily need an augmented reality or virtual reality headset to make this system work, but it’ll help! 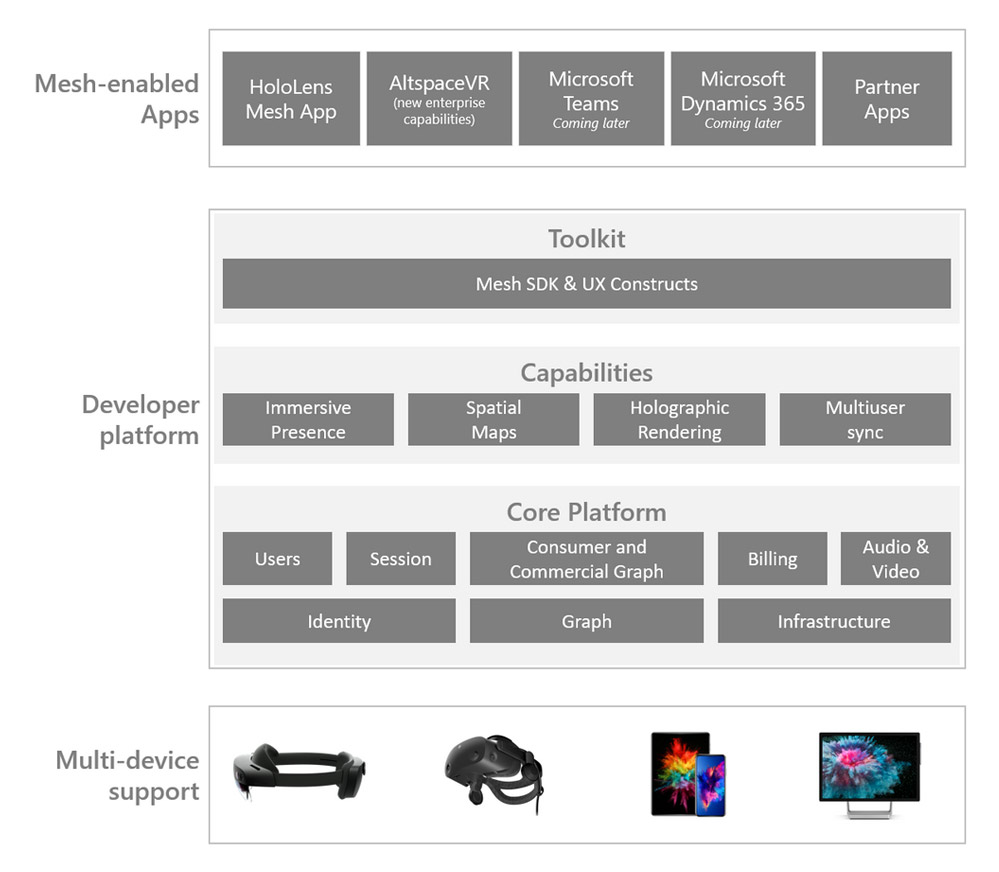 They’ve shown the first mesh-enabled apps as Microsoft Teams and Microsoft Dynamics 365 (as noted above), as well as “partner apps”, AltspaceVR (with new enterprise capabilities), and the new HoloLens Mesh App. As the video above shows, Microsoft imagines that HoloLens will play a significant part in some of the more imaginative applications working with Mesh.