Microsoft HoloScreens will add real virtual monitors to your PC

There’s still some debate on whether more computer screens make people more productive or distracted but some who believe in the multi-screen lifestyle are often limited by physical space or budget constraints. What if there was a way to extend your screen workspace without actually buying or even just adding new monitors? That seems to be the problem that Microsoft’s new HoloLens app will be trying to solve, allowing users to add additional monitors to their desktops or laptops, except these monitors float like ghosts in virtual space.

The HoloScreens app, which is apparently codenamed “Mirage”, is subtly different from apps like Bigscreen on the VR headsets like the Oculus Rift. It doesn’t replace your existing computer screen but simply extends it. It’s like attaching a second or third physical monitor to your computer, except it’s all virtual, of course.

This intriguing app was sighted by prominent Microsoft leakster WalkingCat who also provided some screenshots of the app’s setup process. That setup actually requires two apps to work, on for the Windows desktop and another for the HoloLens headset. The two devices are paired via simply “looking at” a QR code.

For all intents and purposes, the HoloScreens work like a normal multi-screen setup, allowing users to move the mouse seamlessly across screens, for example. Except the screens aren’t limited to physical location or dimensions so you can adjust them to your comfort. 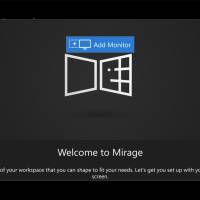 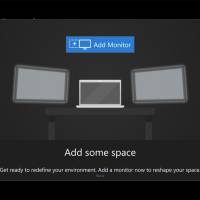 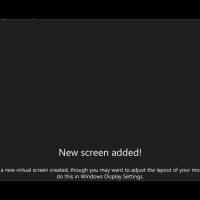 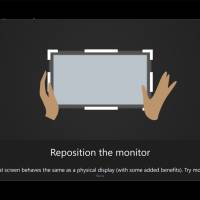 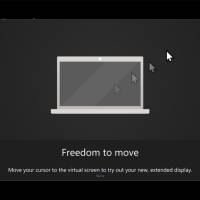 This app leak almost comes at a perfect time when people are trying to boost their productivity at home, often with more limited physical space than at the office. But while users will be able to save up on having to buy more monitors, it naturally requires that they already own an even more expensive Microsoft HoloLens. Hopefully, this app could help make the case for mixed reality headsets and platforms and make them more popular and, by extension, more accessible in the future.