Although the likes of Facebook Oculus and HTC Vive take the lion’s share of the attention of consumers and mainstream media, their technologies are still mostly seen to lean more towards entertainment and gaming. In contrast, Microsoft’s HoloLens platform was designed primarily to be an extension of the company’s productivity ecosystem. That nature is being emphasized even more in the latest Insider Preview for the HoloLens, bringing Microsoft’s new Edge browser at long last.

Compared to the Oculus or Vive, the Microsoft HoloLens is advertised primarily for AR-powered work and only secondarily for entertainment. Given that much of today’s work happens on the Web and in web browsers, it’s only fitting that Windows Holographic also supports Microsoft’s own web platform. Until recently, that was the old edgeHTML-based Edge but Microsoft is now pushing the new Chromium-based version to one of its last holdover platforms.

The latest Insider Preview installs the new Edge and makes it the default. The old Edge is still available on the device and can be set to become the default again if preferred. Curiously, Microsoft admits that this is Chromium Edge is actually the win32 version used on desktop, just with a UWP compatibility layer, and that has practical implications for HoloLens 2 users. 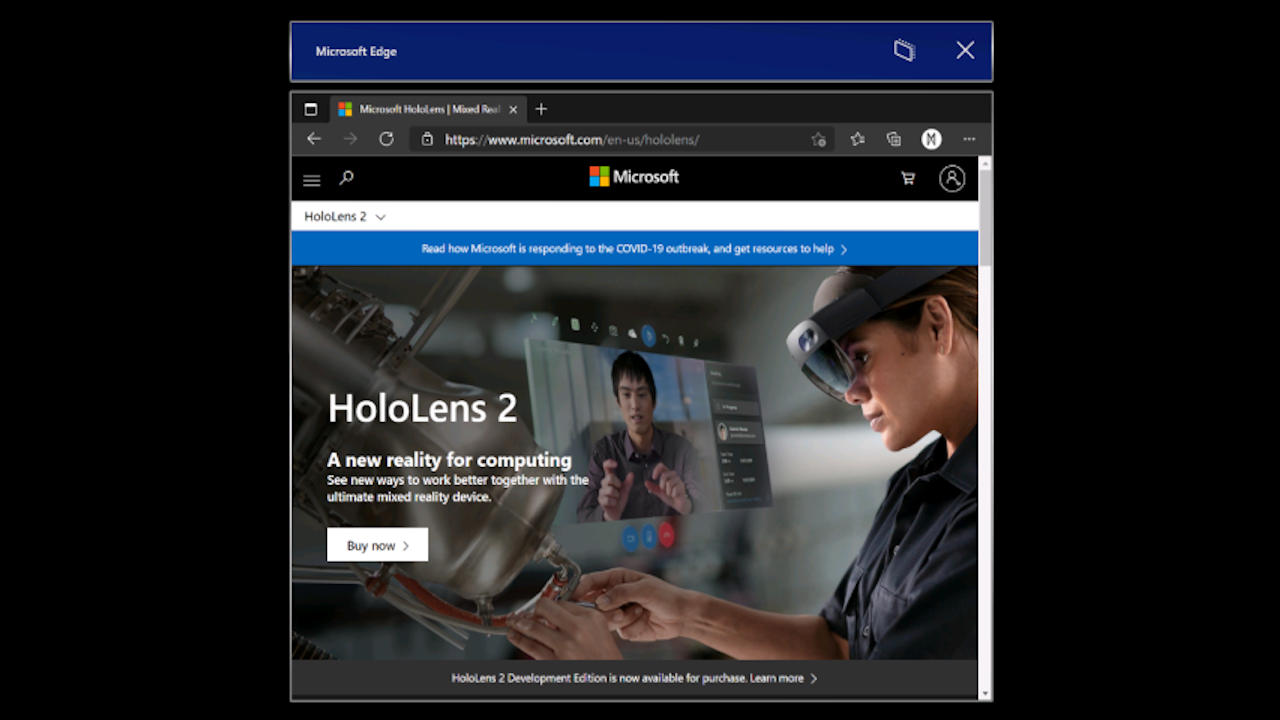 Microsoft notes that there are some features that may not yet be available because this version of Edge isn’t a Universal Windows Platform app. Some, like WebXR support and web-based Microsoft Teams calls, are still coming soon. Others like printing, however, might not arrive at all.

The preview also adds a new and potentially more convenient input method to the AR experience. Swiping to type is less tedious than pecking at each key when your fingers aren’t completely available. That said, Microsoft does warn that the experience is different from using the same feature on a smartphone because of the lack of haptic feedback and, therefore, might be more difficult to master.