Microsoft has a tool for blocking Windows 10 auto updates

As always with anything new, a single blot could be enough to mar an otherwise favorable experience. That case might be especially true for Windows 10, with outcries against Microsoft‘s decision to make system and app updates not only mandatory but also automatic. While the goal might be laudable, the reality is that there will be some unwanted update that could break or ruin your system, especially those from third party vendors which Microsoft doesn’t have completely control of. Fortunately, Redmond has come up with a tool to undo that kind of damage.

Fears of the side effects of Microsoft’s new update policy came true when several Insider testers complained that NVIDIA’s new 353.54 driver broke their otherwise smooth running PCs. In a pre-Windows 10 world, these users would have the option not to install the driver and wait for a fixed one. With Windows 10, system and even driver updates all happen automatically. While Microsoft isn’t backing down on that new thrust, it is providing a tool to let you rewrite history so to speak. 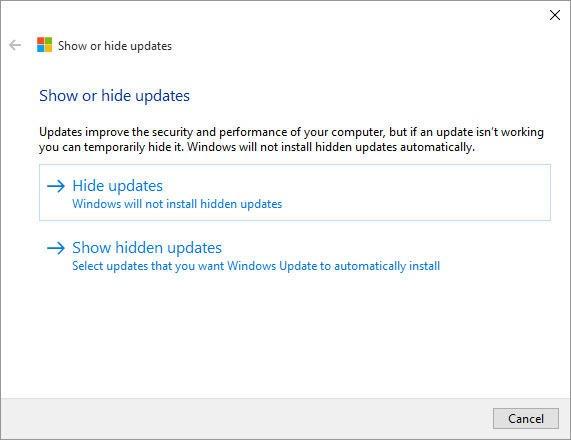 A troubleshooting tool made available in June and publicized early July, before the whole auto update news broke, allows you to basically hide or block some updates in Windows 10. It would be pretty much like how the current Windows 8.1 update system works but in reverse. You actually choose which updates you don’t want to get installed. 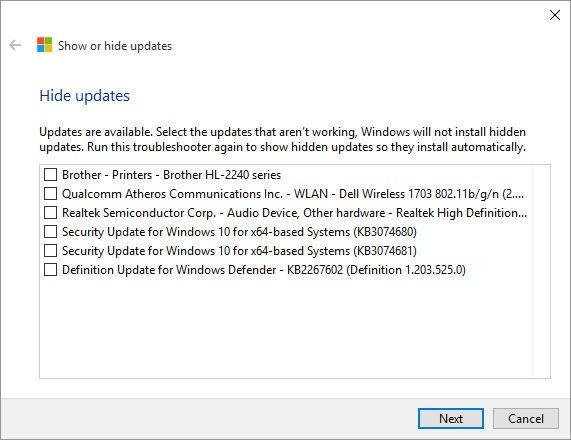 But perhaps the most glaring difference, and one that is unlikely to placate opponents of the move, is when the tool has to be used. Since auto updates are, well, automatic, you will only be aware of any adverse effects on your system after the fact. You will then have to first uninstall the update or driver and then use the troubleshooting tool to block it. In short, it’s cure rather than prevention.

One other thing to worry about is that this tool was made available to Windows Insiders for testing Windows 10 builds. So far, even with the launch around the corner, there are no signs of Microsoft retracting the tool, but that’s not always an assurance that it will always be available.