There is no shortage of patents for foldable device, be it a phone that transforms into a tablet (or vice versa) or a phone that unfolds into an even longer phone. You may think you’ve seen them all, especially when they all start looking alike. Microsoft, however, may have something that’s slightly different yet not at all new. It has a patent that takes a foldable tablet that can slot into a keyboard dock, basically like a Surface Book but using a foldable “Clipboard” instead.

The idea isn’t exactly revolutionary and practically combines what Microsoft has been working on for the past years. Sans the foldable display, of course. Docking a tablet-like device into a keyboard is, to be fair, not even a Microsoft exclusive, and fortunately, no one has yet exercised patent claims over that feature.

Many patents do arise from the combination of existing things rather than starting from scratch. What’s new here is the idea of using a foldable tablet instead of a regular one. That would definitely put this device under the “serious computing device” category instead of just a consumption device. 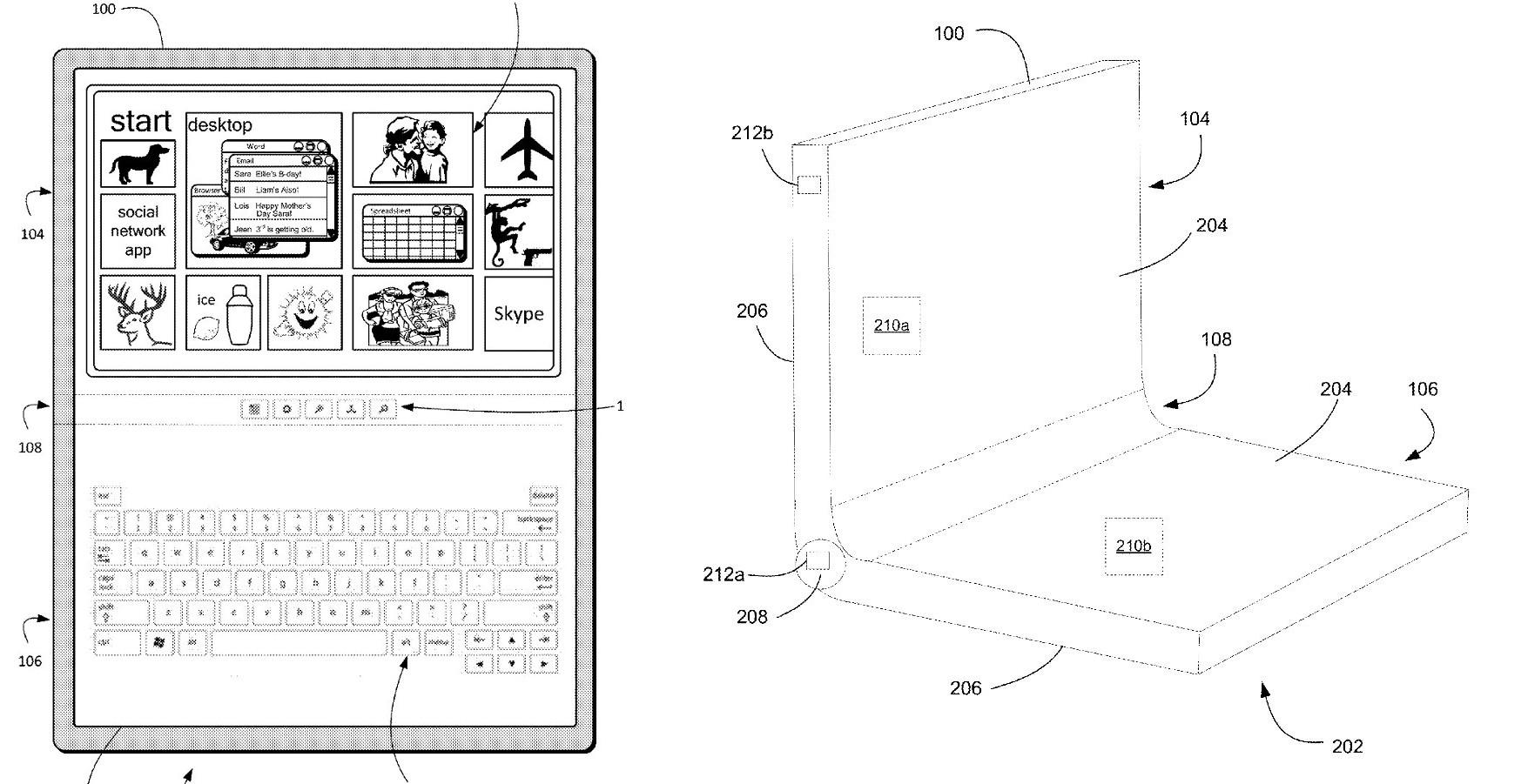 That said, one might be a bit puzzled by the need for a keyboard at all. The tablet, after all, folds into a laptop form, with the lower half acting as an onscreen keyboard. There could be various reasons for this feature. Not everyone will be able to type at the same speeds on a virtual keyboard, and the folded tablet might be too small for comfortable typing. Instead, the presence of an onscreen keyboard might be more for an on-the-spot emergency input rather than long-term use.

Of course, a patent is a patent and we might never even see such a device come from Microsoft. Just like the Andromeda Surface device that so many fans are dying to see. Given how Microsoft’s mobile device strategy seems to be all over the place, anything’s possible at this point.

another kind of foldable device with flexible display and docking station, weird 🎃 pic.twitter.com/tYXW1yfaPp