Microsoft Excel on Android gets support for importing data from images

Microsoft has released an update for its Office apps, including one particularly useful feature for Excel on Android: automatic data capture from images. The new tool, which will also be arriving on iOS in the future, enable users to snap an image of hardcopy data they’re interested in importing, such as a number chart, to instantly add the information to a spreadsheet.

Though Excel is an exceedingly useful application, data-entry is tedious work and any method to reduce the amount of manual additions is welcomed. Though most data exists in digital form at this point in time, there are instances where someone may come across numbers or other data printed on physical paper. 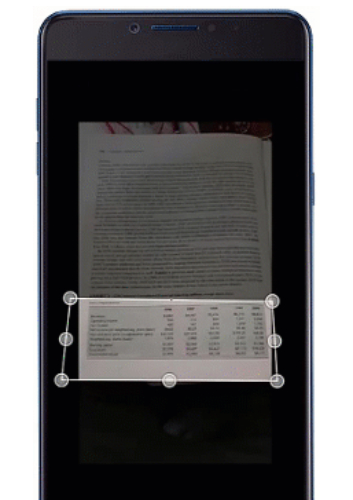 Numbers in a financial report and charts in a textbook are two examples of instances where information is in print form. Using this new feature, users are able to use their phone’s camera to take a picture of the data, crop the image to only the information they’re interested in, and then add it directly to their spreadsheet.

The table created with the imported data is fully editable, according to Microsoft, enabling users to manually correct any mistakes, delete fields they don’t need, and similar adjustments. The company first announced plans to offer this feature back in September 2018.

Microsoft is rolling out the new Data from Picture feature on Excel mobile for Android, but the company says that iOS users will also get access to the tool. At this time, Microsoft has only said that it plans to release the feature for iPhone and iPad “soon.”