For a company that once painted Linux and open source as cancers, Microsoft has been doing a lot in the past years to embrace both. It’s not going to be an open source company, of course, and many still view its actions with suspicion but it’s hard to deny that open source (former) public enemy #1 is doing some things that are already appealing to both Linux users and especially developers. At its virtual Ignite developers conference, Microsoft announced a few upcoming treats that you may have never imagined it would ever do.

It will probably never bring its core software, like the Office suite, to Linux but Microsoft has been bringing some smaller pieces to the open source platform, like the “lite” Visual Studio Code and Microsoft Teams, for example. Its next trick is to make Microsoft Edge available on Linux as a dev preview starting October. Given that the new Edge is based on Chromium, that’s not exactly a huge leap but it does raise questions of which Windows-specific features won’t make it to the other side. 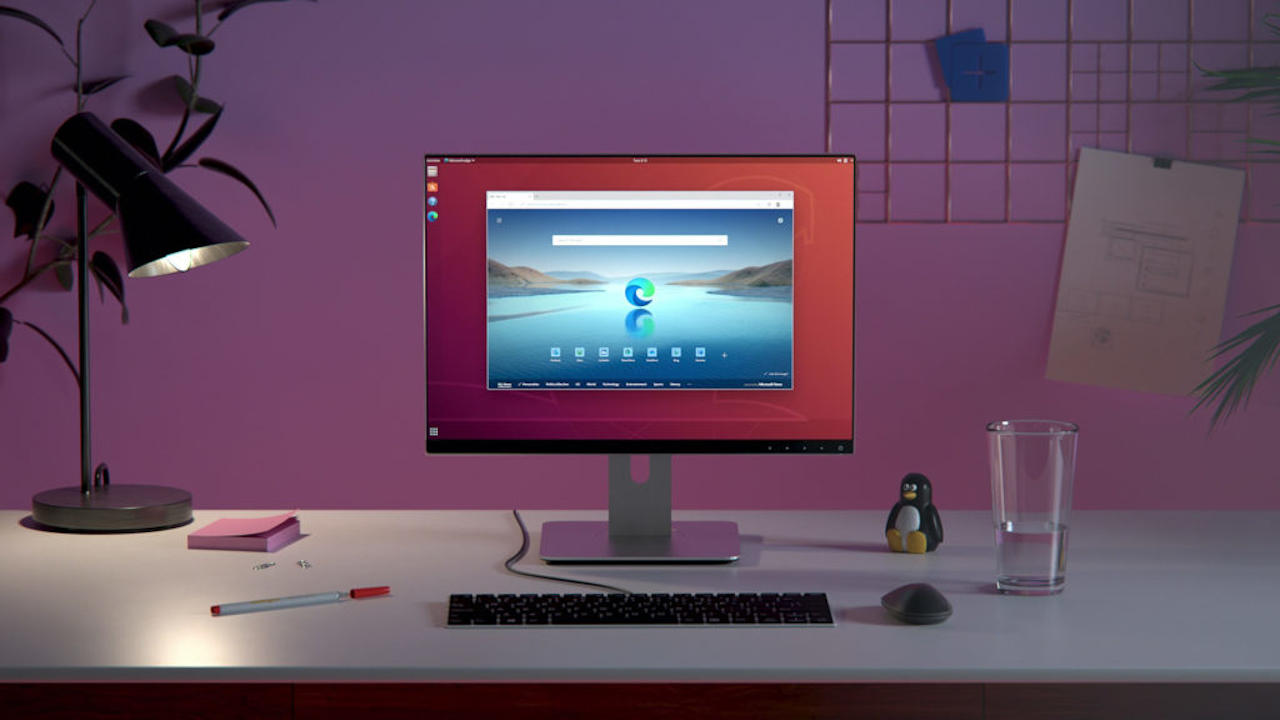 Microsoft envisioned the Windows Subsystem for Linux or WSL simply as a way for developers and system administrators to stay on Windows even while they work on their Linux-specific tasks on the command line. Given Linux’s own nature, however, it wasn’t long before Linux power users were able to get past those limits and run GUI applications. Surprisingly, Microsoft is working to make it actually straightforward to do so without hacks and fewer limitations.

Microsoft teased the ability to quickly start a Linux GUI app from the command line and it would run and behave like a normal Windows app, complete with a taskbar entry of its own. Apps can even access microphone and audio to enable running Microsoft Teams for Linux on Linux on Windows.

Check out this sneak preview of our work on adding Linux GUI application support to WSL! pic.twitter.com/lcx4WWwxTo

Of course, Microsoft isn’t doing all of these out of charity or a deep love for Linux. The Edge on Linux not only expands the browser’s user base but also encourages Linux developers to target and test on Microsoft’s browser while supporting Linux GUI programs on Windows leaves Linux developers even fewer reasons to move away from Windows to do their work. One way or another, it’s Microsoft’s way of keeping users from leaving its software ecosystem and eventually becoming dependent on it without realizing it.