Microsoft details Surface: When, where and how much

Microsoft has officially priced its Surface tablet, after details on the Windows RT slate appeared earlier today. Surface will go on sale from 9am Pacific this morning (12am ET) through Microsoft’s own webstore, priced at $499 for the 32GB model on its own, or $599 for the 32GB Surface paired with a black Touch Cover. Both will ship in time for the in-store release date of October 26.

There’s also a 64GB version of Surface, priced at $699 and also including the black Touch Cover; Microsoft won’t be selling it without the magnetically-attached touch-keyboard. If you’d prefer a colored Touch Cover, that will set you back $119.99, while the Type Cover with a more traditional keyboard will be $129.99.

Microsoft’s other accessories include an HD Digital AV Adapter and a VGA Adapter, both priced at $39.99. The same amount gets you a second 24W Power Supply, so that you can keep one at your office. 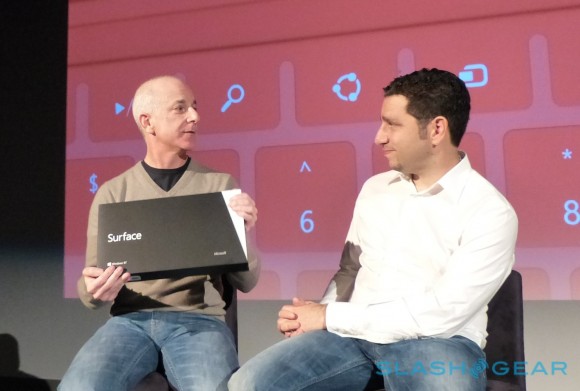 Surface – which runs Windows RT, with the Windows 8 “Pro” version arriving early in the new year – will be sold in Microsoft Stores in the US and Canada, starting from October 26, as well as in the company’s 34 new holiday stores. The tablet will also be offered online in Australia, Canada, China, France, Germany, Hong Kong, and the UK. 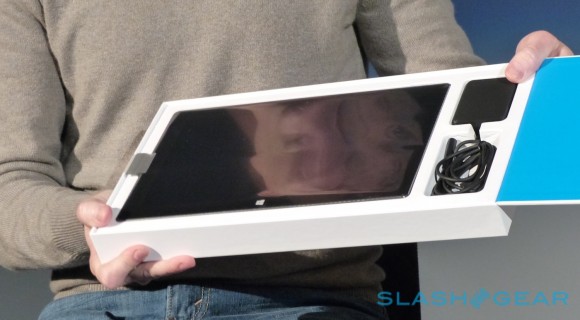 Inside the tablet there’s a Tegra 3 processor with 2GB of RAM, either 32GB or 64GB of storage, and a 10.6-inch 1366 x 768 display. Connectivity includes WiFi a/b/g/n, Bluetooth 4.0, a full-sized USB 2.0, microSDXC slot, HD video output, and a headphones socket; there are also two cameras, front and back, supporting 720p HD video recording.