While SpaceX, Blue Origin, and Virgin Galactic are scrambling to corner the still non-existent low orbit commercial transportation market, a new player has just rolled out its race horse out of the hangar for the public to gawk at. And like those other companies, Stratolaunch also has a Silicon Valley luminary behind it, the oft forgotten Microsoft co-found Paul G. Allen. And just like those companies, Stratolaunch has an ambition whose size is rivaled only by the aircraft it just revealed.

Stratolaunch has been around for quite a while now actually, founded back in 2011. It has, however, let other companies enjoy the limelight, which it is now snatching for its itself in a literally big way. Its vision is not so different either. It wants to make low Earth orbit transportation be as common as commercial flights we have today. It is, however, doing things differently, starting with the aircraft itself.

While the likes of SpaceX’s Falcon 9 or Blue Origin’s New Shepard are your typical rockets, the Stratolaunch resembles more a gigantic twin-hull plane. Emphasis on the gigantic. It has a wingspan of 385 ft, just 25 ft longer than an NFL field. It might sound overkill, but that’s needed to lift the 500,000 lb aircraft, plus a maximum of 50,000 lbs of payload. To put another perspective on how big the plane is, the Stratolaunch will be able to launch an Orbital ATK Pegasus XL, which, in turn, is able to launch up to three smaller Pegasus vehicles in a single mission. 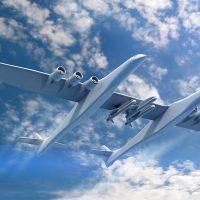 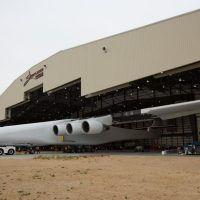 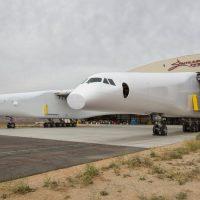 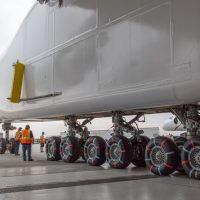 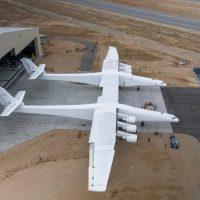 Another key difference is that the Stratolaunch will take off more like a plane, on a runway. In addition to increasing chances of reusability, taking off like an airplane allows it to lessen the effects of inclement weather and air traffic. Launching its payload while airborne also reduces chances of delays or outright cancellations, something SpaceX is only too familiar with. 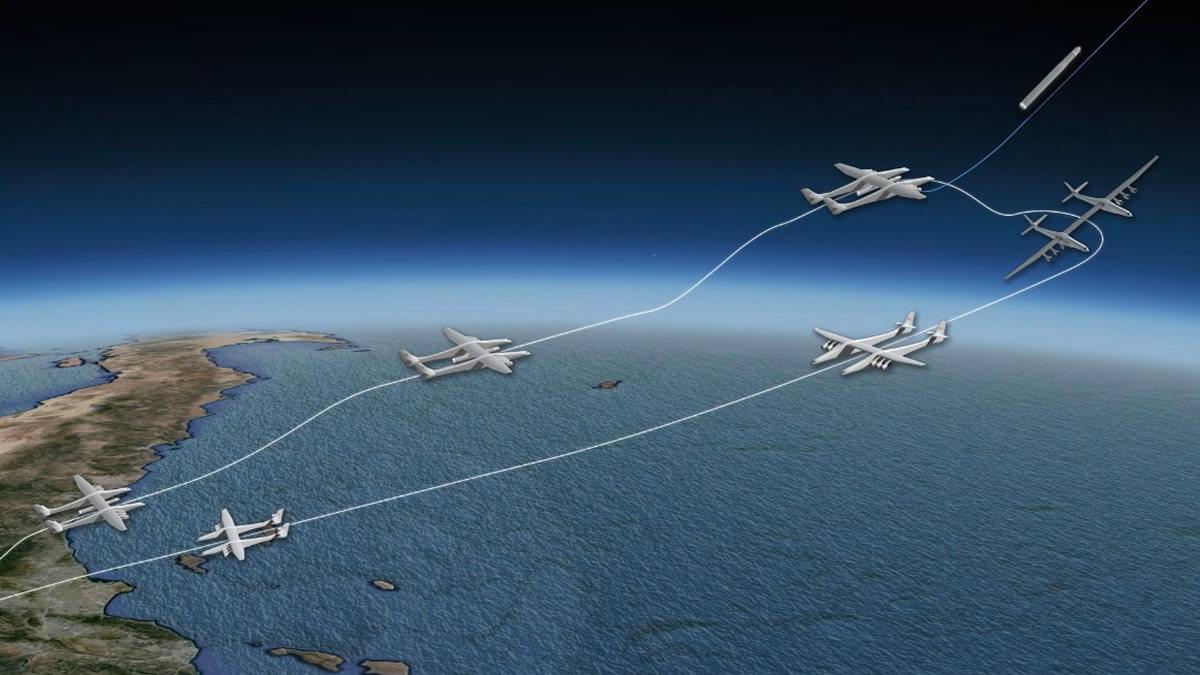