It wouldn’t be surprising to discover if the world’s energy consumption significantly spiked this year due to the abrupt change in lifestyles and working conditions. At the same time, restrictions in movement and travel may have made traditional energy sources like diesel and fossil fuel more difficult to process, maintain, and even transport. The need for accessible sustainable energy is becoming even more important and Microsoft has just tested one such solution on one of the world’s biggest consumers of power: datacenter servers.

For 48 straight hours, Microsoft powered a row of Azure datacenter servers purely on hydrogen fuel cells. No, Microsoft didn’t precariously switch all of its Azure cloud infrastructures to hydrogen fuel for two days as only 10 racks of servers were involved in this experiment. Despite successfully pulling it off, it’s far from being able to achieve its carbon-negative goal any time soon, considering it only had a 250-kilowatt fuel cell system to use for the 48-hour test.

That’s actually what Microsoft is eying as an intermediate step, replacing its diesel-fueled generators with hydrogen ones. These generators fire up only during grid outages, service interruptions, and generator maintenance. Considering these datacenters are up almost 99.99% of the time, they don’t really get much use and probably neither will new hydrogen fuel generators. 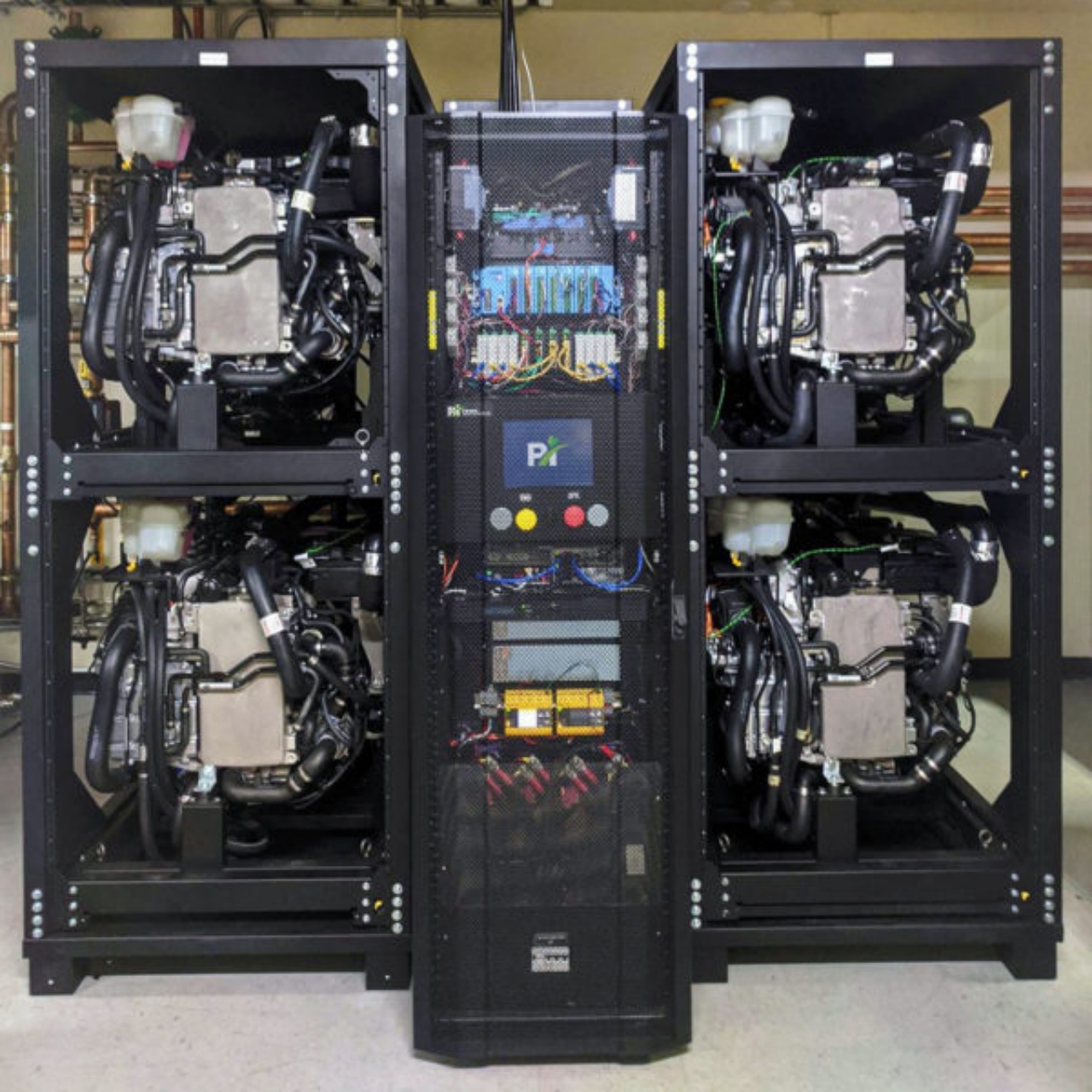 Of course, Microsoft is dreaming big and envisions it can help push a hydrogen economy forward. This includes research on how such a system could provide load balancing services to the power grid in general, using an electrolyzer to store wind and solar energy that could then be used during periods of high demand. Microsoft’s hydrogen-powered datacenters could even be used to fill up hydrogen-powered long-haul trucks like gas stations.

It’s a commendable goal though Microsoft doesn’t envision reaching it before 2030. Its next step is to acquire a 3-megawatt hydrogen fuel cell system that would be equivalent to its current diesel generator backup system. Even then, though, it will probably take a long time before it could even test relying completely on green energy completely.