Whereas much of the autonomous car hype centers around the sensors and processing technology necessary to tackle the self-driving challenge, Microsoft is more interested in what you’re going to do with all the time you’ll be spending while en route, but not behind the wheel. Specifically, the software giant has banded together with partners NXP, IAV, Swiss Re, and Cubic Telecom to demonstrate how it plans to fit in to the driverless future at CES.

Although my ride in the autonomous Volkswagen Jetta that I had been scheduled to take was cancelled due to an error with the V2X communications module in the car, I was still able to sit down with Christian Simon and Sebastian Hahnl to discuss the Microsoft-delivered services it plans to offer to its range of automotive clients.

The showcase, for Microsoft, was focused on how it could best leverage its current Azure cloud platform offerings in delivering in-car entertainment as well as business connectivity to individual vehicles after we’ve all been declared passengers by self-driving cars. Simon stressed that Microsoft is in no way interested in building a car or truck of its own – a not-so-subtle dig at recent efforts by Google and Apple to do the same – but instead work together with automakers to enhance what their own vehicles have to offer customers. This included the implementation of the Cortana personal assistant, as well as the new auto-oriented Skype for Business effort that has already found Volvo as a willing partner. 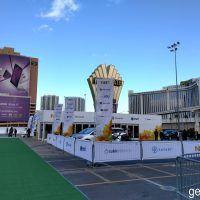 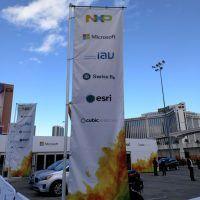 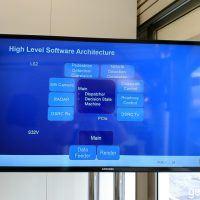 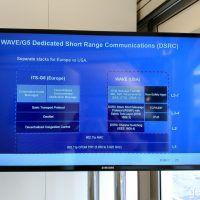 If you read between the lines of the autonomous vehicle ‘revolution,’ you’ll find that much of the battle for the hearts, minds, and free time of passengers boils down to two things: delivering entertainment options, such as access to online social media surfaces or media properties, or extending the office into the automobile by making the commute merely one more place you can get some work done before or after you’ve spent the entire day at the office, erm, working.

Technology is often advertised as being a tool through which we can free ourselves from the grind of every day life and instead carve out a niche of leisure time in which to pursue our own interests. In many cases this is true, as automation has freed millions of people from the drudgery of repetitive labor, but the flipside is often an always-on culture that is never truly disconnected from the concepts of productivity or accessibility. We should keep a careful eye on how the architects of our self-driving future to ensure that we aren’t simply trading the frustration of being stuck in traffic for a car filled with sponsored content, advertisements, and a longer work day. If we don’t take charge of what we want from autonomous automobiles, rest assured someone else will decide for us.