Fujifilm has teamed up with Michael Kors to offer a limited edition Instax Mini 70 camera. Instant cameras are a hot item right now — we’ve seen new ones announced this month from both Leica and Polaroid — and no doubt someone out there would like to get their hands on a classy model. This limited edition Mini 70 is designed to be stylish with a gold color and the Michael Kors signature printed on the camera’s back.

The camera will launch next month as part of a bundle that includes film — price hasn’t been stated at this time. The camera itself will be offered in an exclusive “gold metallic” shade, with the Michael Kors logo on the front and the signature on the back. The design aside, the Instax Mini 70 is a pretty ordinary modern instant camera. 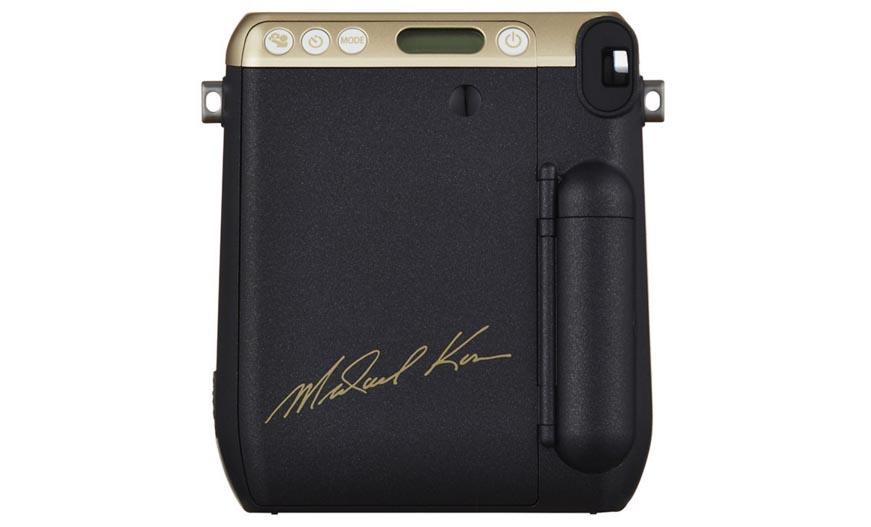 The Fujifilm Instax Mini 70 camera features a small selfie mirror on the front to help line up selfies; it also has a selfie mode for taking shots of yourself, and what Fujifilm says is a high-performance flash with auto shutter speed and brightness settings. A selfie mirror is a popular feature on modern instant cameras, and is also found on the new Leica Sofort and the Polaroid Snap Touch.

Digital cameras have been the consumer favorite for years, with smartphone cameras now reigning supreme in the consumer segment. Instant cameras, though, are becoming increasingly popular due to things like ink-free printing technology and the ability to easily acquire physical photos for things like scrapbooks and holiday cards. The surge in popularity is good news for camera companies which have largely scaled back their film production, citing low demand.