Watch Hunger Stop, an initiative belonging to designer Michael Kors’ brand, is entering its fourth year, and it’s gearing up for World Food Day on October 16. With this latest drive to donate meals to children in need around the world, Michael Kors has teamed up with actress Kate Hudson to launch a new activity tracker, the sales of which will go to benefit the United Nations World Food Program.

The activity tracker comes in men’s and women’s variety, and features a tiny little map of our wonderful planet on its mother of pearl face. The tracker itself works with the Michael Kors Access app, allowing users to set exercise goals while tracking steps, sleep time, and calories burned. The app is available on both Android and iOS, and since the activity tracker is outfitted with a coin cell battery, it doesn’t need to be recharged. 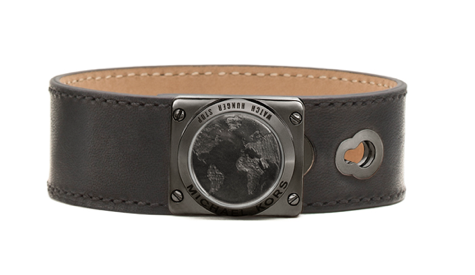 For those who are looking for an actual watch instead of an activity tracker, Kors is also offering special-edition versions of both watches in his 100 Series along with a special-edition Bradshaw 100. All of the watches will come with a detailed world map on their faces, along special Michael Kors and Watch Hunger Stop engravings. 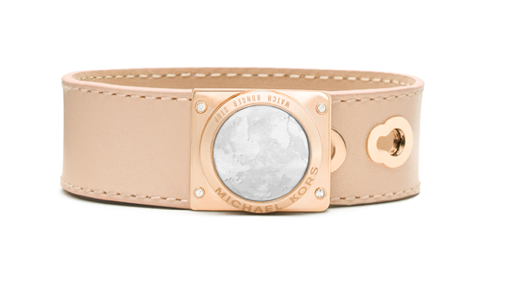 For those who aren’t interested in dropping the cash required for a watch or activity tracker, there are other ways to donate. You’ll be able to donate at the online or at the register at any Michael Kors store, and more social media-minded folks can donate by using Snapchat – Michael Kors will be rolling out a new Snapchat geofilter in support of World Food Day on October 1. To donate using Snapchat, just stop by a Michael Kors store in the US, UK, or Canada and send a snap using the geofilter. When you do, 25 meals will be donated to the World Food Program.