Excitement about the upcoming Metal Gear Solid Touch game for the iPhone and the iPod touch may be tempered as would-be players realize exactly what level of gameplay is present in the title.  According to developer Kojima, speaking to Japanese gaming magazine Famitsu, the game is really just a point-and-shoot title, as the stealth gameplay MGS has become known for would be too difficult to play when mobile.

Kojima described Metal Gear Solid Touch as “Simple MGS”, praising the iPod touch and iPhone for their interface capabilities and the flexibility of the development platform.  However, in the end, they decided to go with a more straightforward shooting game as they believed it would be more suited to the style of playing the devices are typically used for.

As such, the player does not actually move Snake through the game, but instead is responsible for controlling view, aiming, zooming using the pinch gestures and then firing with a double tap.  It’s already been compared to Duck Hunt on the iPhone. 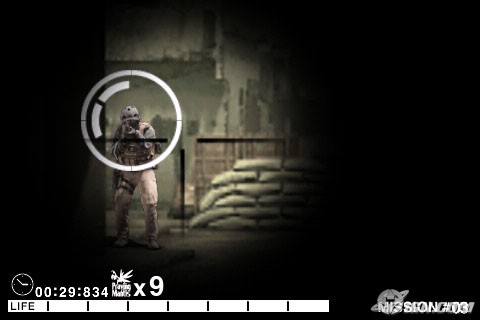