Mercedes-Maybach’s latest is a limo for paranoid pampered plutocrats

Mercedes-Maybach has rolled out the must-have wheels for the paranoid plutocrat, with a new, fully-armored version of its lengthy Pullman limousine. The Mercedes-Maybach S 600 Pullman Guard takes the 6.5m long – that’s more than 21 feet – car and gives it the sort of toughness upgrade you’d expect to find in President Obama’s Beast.

In fact, it means you get complete protection of protection class VR9 – in both the transparent and non-transparent areas – as well as certification for blast resistance in accordance with Directive ERV 2010. If you’ve not been keeping up with your armored car classifications, that means it’ll be able to withstand up to 7.62 x 51mm and 5.56 x 45mm rifle rounds from a variety of angles.

It’ll also hold up to the effect of 15kg (33 pounds) of TNT explosives, detonated just 2m away from the car.

Doing all that, and yet not looking like a Hummer at the same time, requires some careful engineering. In the case of the Pullman Guard, that involved a new, solid steel bulkhead between the rear headrests and the rear glass, together with specially treated glass for all of the windows.

A layer of polycarbonate on the inside helps avoid splinters, while a laminated structure retains visibility despite the thickness.

Underneath the body – which is effectively identical to the regular, non-armored S 600 Pullman – there are extra steel reinforcements in the cavities between the car’s structure. More splinter protection is introduced, while different sections overlap to minimize any weak-spots at gaps: they’re usually the first place a bullet or high-powered round could get through.

Finally, there are floor armoring covers to protect the underbody of the car from explosive devices in the road.

Since it’s a luxury armored car, of course, the interior is as lavish as the protection is cautious. There are two executive seats facing ahead and two further seats facing backward; the latter can be folded away for more legroom. 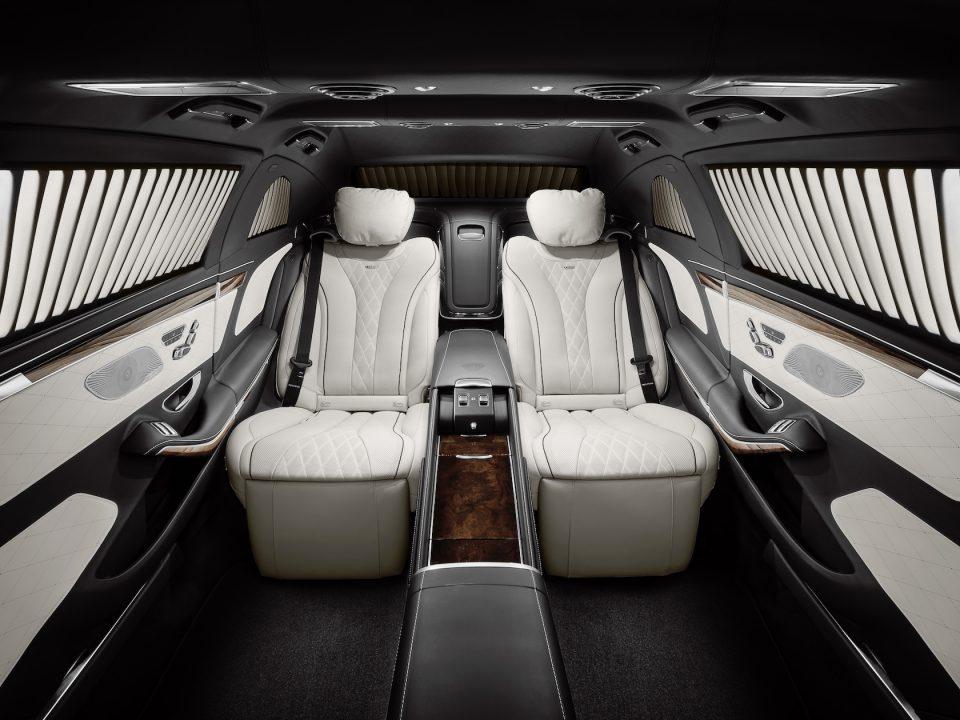 An electrically-controlled partition, which can be flipped between transparent and opaque, separates passengers from the driver, and the whole cabin – including roof lining, door pillars, and seat consoles – are clad in leather. Analog gages in the roof show outside temperature, the time, and vehicle speed.

Customization is invited, but the Pullman Guard goes further in its bespoke potential than Mercedes-Maybach’s regular cars. That includes anything from sirens and flashing lights, to two-way radios, emergency batteries, and a full loudspeaker system for communicating with people outside.

The doors, meanwhile, are assisted to help disguise their weight when opening or closing, while the windows use hydraulics. 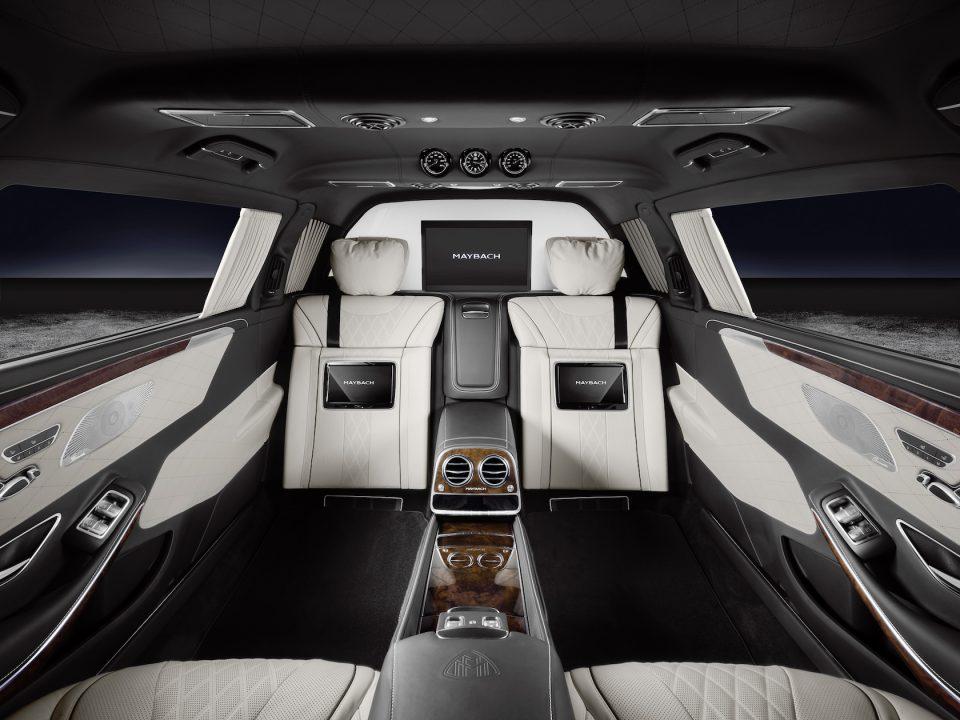 Unsurprisingly, the heads-of-state and other wary buyers of the S 600 Pullman Guard will pay handsomely for their peace of mind. The regular Pullman – that is to say, the non-armored version – starts out at around half a million euro ($562m), including German tax, less than half the price of the Pullman Guard which starts out at 1.4m euro ($1.57m).

Mercedes-Maybach says the first examples will be delivered in the second half of next year. Until then, probably best to just hide in the basement. 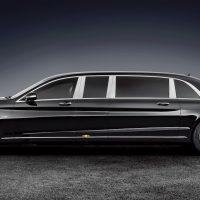 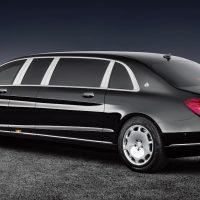 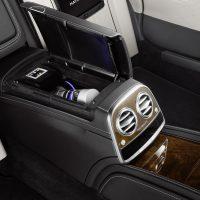 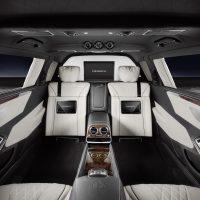 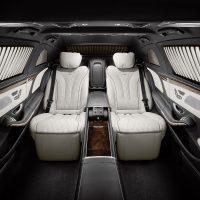