Mercedes has revealed its latest all-electric sedan, with the new EQE promising to distill some of the EV magic of the EQS into a more compact body. Effectively the all-electric E-Class, the new car will have similar dimensions to its gas sibling but a much larger cabin, thanks to the new EV platform.

Compared to the EQS, the EQE is shorter, with a shorter wheelbase and truncated overhangs. As with that car, though, there’s plenty of smooth surfacing and minimal cutlines and joints. 19- to 21-inch wheels will be offered. 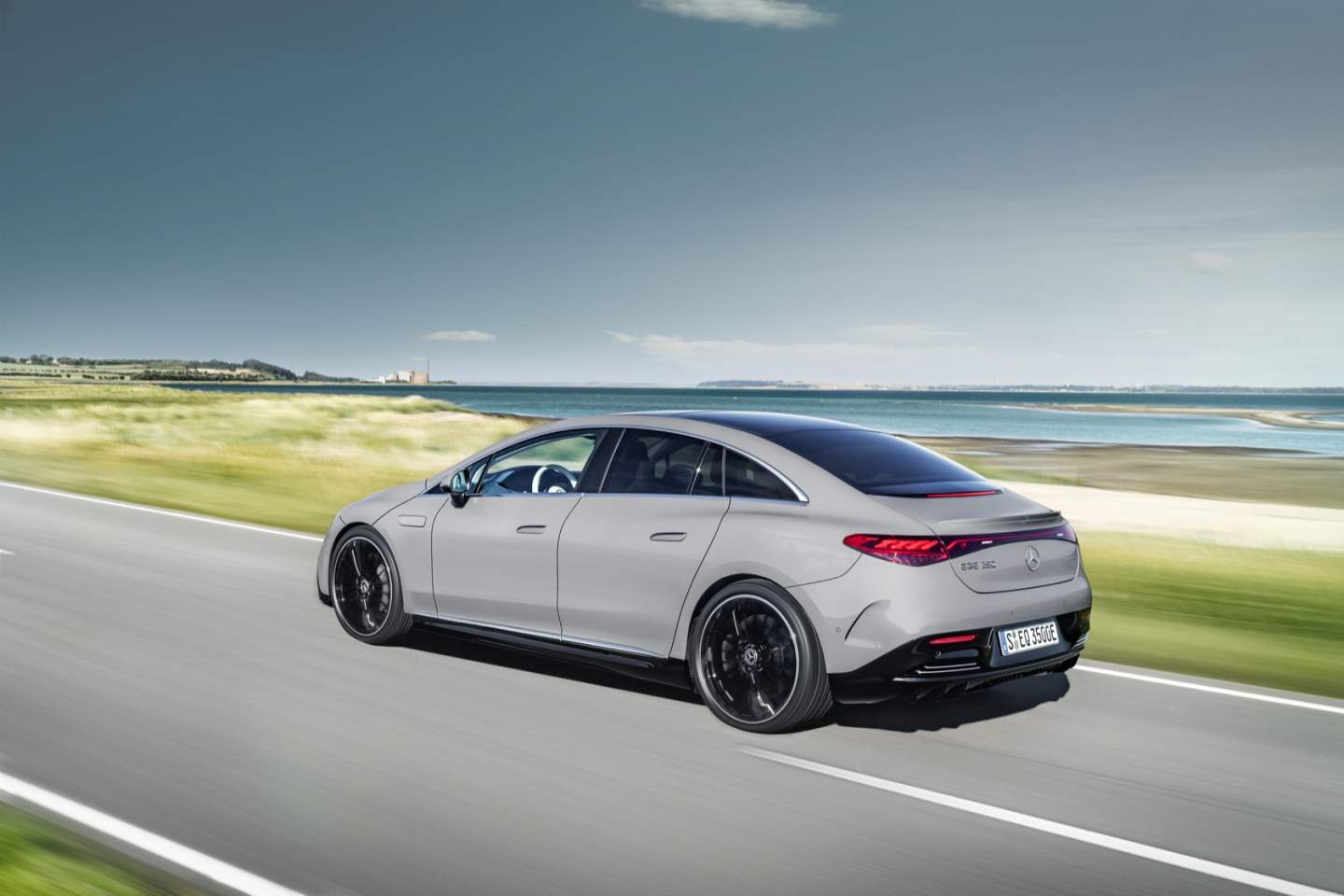 There’ll be two versions to begin with, Mercedes says. The EQE 350 will have 288 horsepower and 291 lb-ft of torque, with the electric drive on the rear axle. A second model, yet to be detailed, will launch at the same time. 4MATIC all-wheel drive versions – adding a second motor on the front axle – will follow later on.

A 90 kWh battery will be standard, though Mercedes isn’t making any range promises yet. 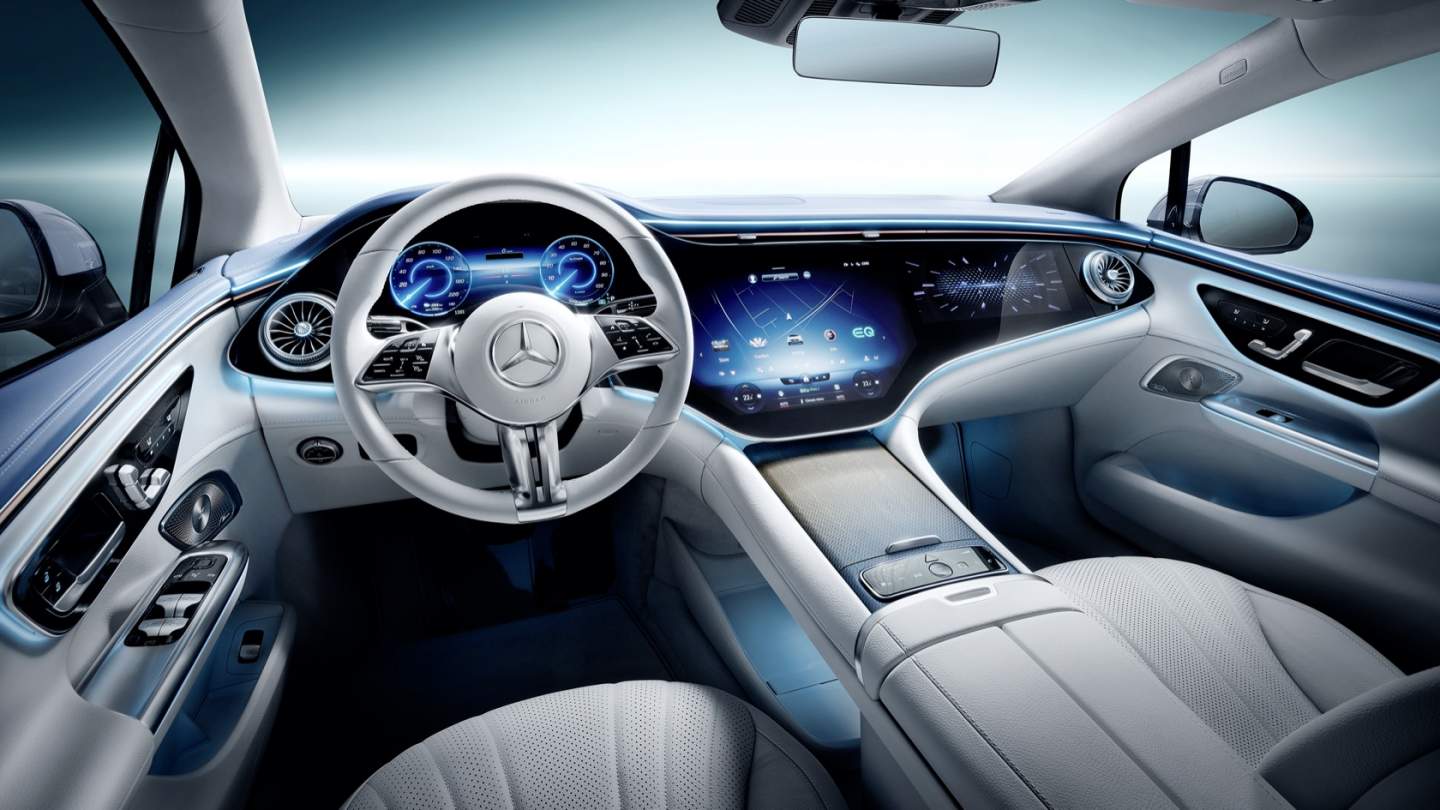 The driver will get three selectable stages of regenerative braking, along with an automatic option. There’ll also be an ECO Assist mode, with situation-optimized recuperation. That can do things like spot the slowing speed of traffic ahead, and adjust the levels intelligently. 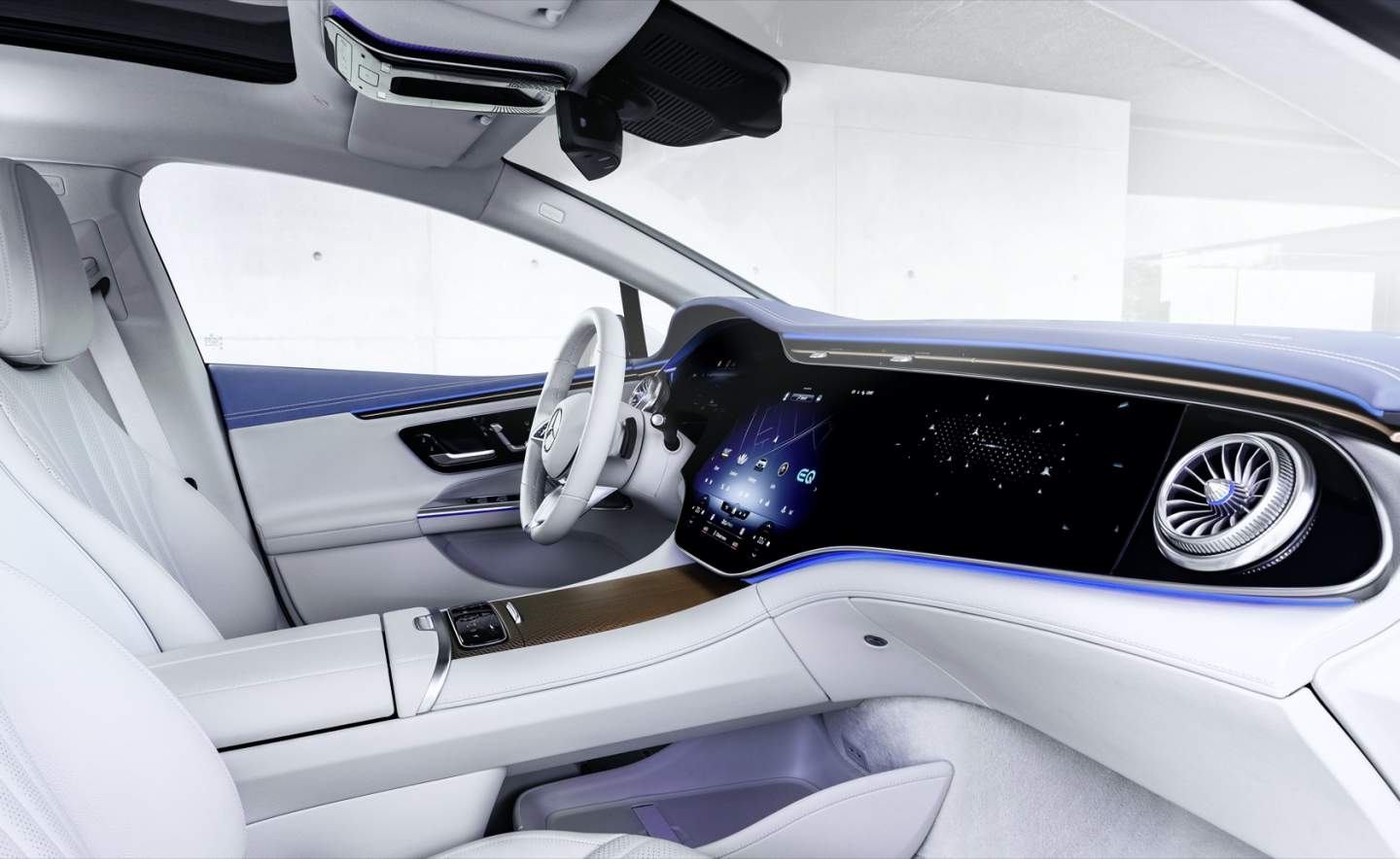 In the cabin, the MBUX Hyperscreen – with its dashboard-spanning touchscreens and displays – will be optional. A vent band also spans the whole width of the dash, with turbine-design nozzles. Navigation takes into account route, weather, traffic conditions, battery status, and more to figure out when and where you should charge next. 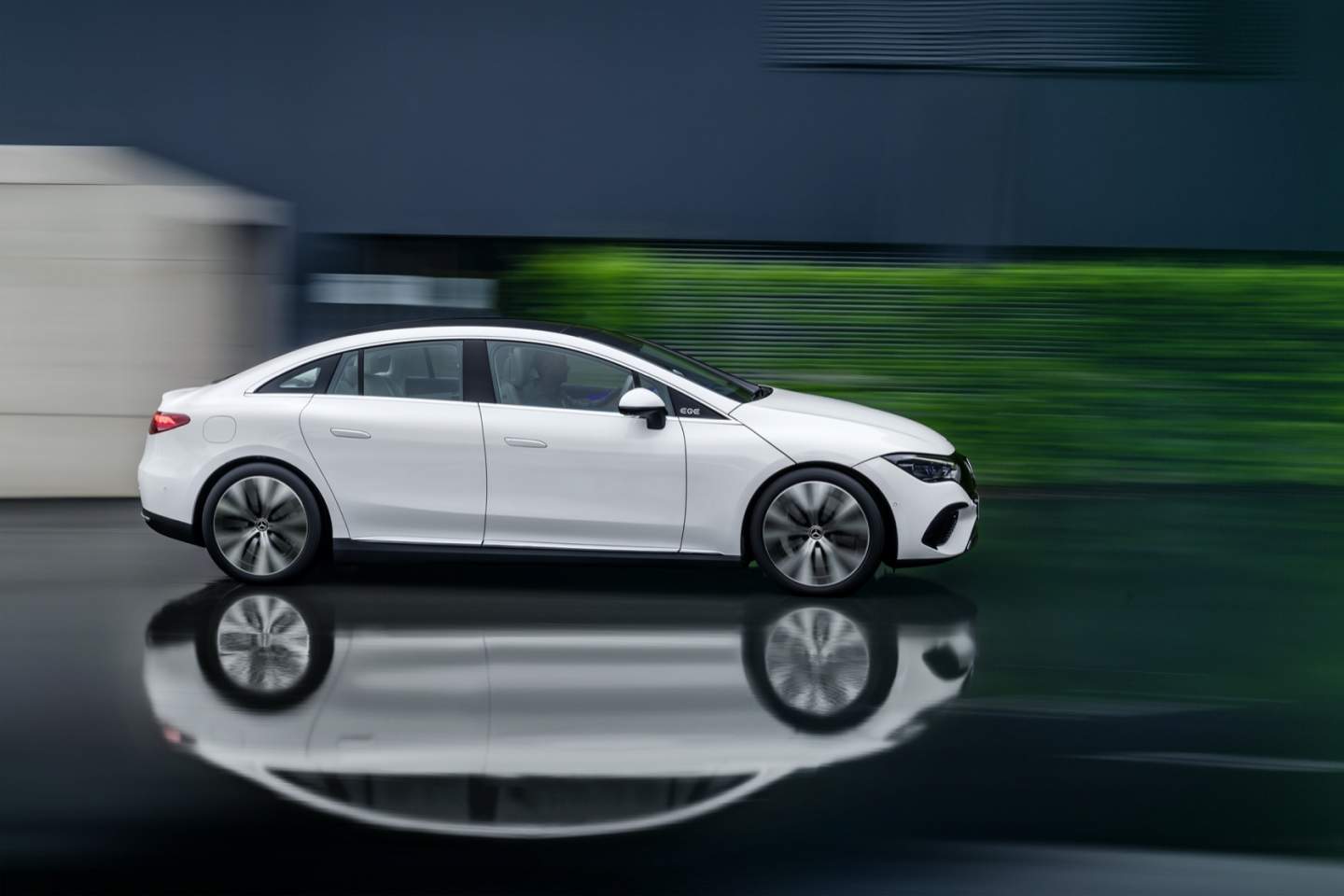 Options include the Burmester surround sound system, which can be used in two soundscape modes: Silver Waves and Vivid Flux. A third – Roaring Pulse – is available as an OTA download.

Other options include AIRMATIC air suspension with ADS+ adaptive damping. That upgrades the standard four-link front suspension and multilink rear suspension. Rear axle steering – with up to 10-degrees of movement – is available, too. OTA updates will be used to add further features along the EQE’s lifecycle, Mercedes says.