Chinese smartphone maker Meizu has pulled the covers off a new smartphone this week called the Pro 5. The new device is the flagship for the company and has some nice hardware features. The chip inside the device is a 2.5 GHz Samsung Exynos 7420 processor. The company pairs the phone with two different amounts of RAM.

The best performing version of the device comes with 4GB of RAM and the lesser version has 3GB of RAM. The screen is a big 5.7-inch unit with full 1080p resolution. Meizu uses an all-metal design making the phone look a lot like something Apple would cook up. 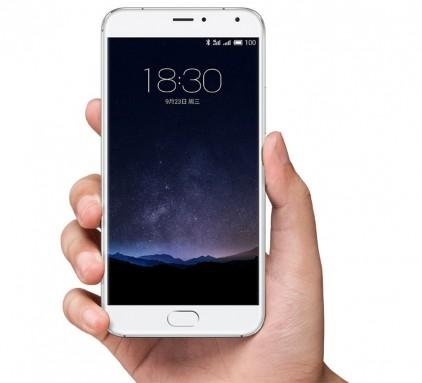 The rear camera is a 21.6MP unit with laser auto focus allowing it to focus and take an image in 0.7 second and the front camera is a 5MP unit. Meizu Pro 5 runs its own OS, called Flyme 5 that is based on Android 5.1.

On the rear of the smartphone is an mBack touch-sensitive home button that does different things based on presses. Power comes from a 3050 mAh internal battery that can be charged to 65% capacity in 30 minutes. A reversible USB Type-C port handles charging. The 3GB of RAM version has 32GB of storage with the 4GB of RAM version offering 64GB of storage. The device has dual SIM slots. In China, the smartphone sells for 2799 Yuan, which is about $440 in the US.