Meizu M5 gets official with 5.2-inch screen and 3GB of RAM

Meizu has officially unveiled a new smartphone called the M5 and it looks to be a decent device. The M5 is a budget offering packing in a 5.2-inch screen with HD resolution covered by 2.5D curved glass. The chipset running the show is a MediaTek MT6750 unit.

The chipset has a 1.5GHz octa-core 64-bit CPU. The budget device uses Yun OS and has FlyMe UI over the top. The rear camera is a 13MP unit with a dual tone LED flash. The camera also rocks phase-detection autofocus that focuses the camera in 0.2 seconds. The front facing camera is a 5MP unit.

The smartphone features a hybrid SIM card slot that has a second slot that can be used as a microSD card slot for storage expansion. Two versions are offered with one offering internal storage of 32GB and 3GB of RAM. The other version offers 2GB of RAM and 16GB of storage. Both support memory cards up to 128GB.

The 5.5-inch screen has a native resolution of 1280 x 720 and the contrast ratio is 1000:1. Other features include 4G VoLTE, WiFi, Bluetooth, GPS, and GLONASS support. Power comes from a 3070 mAh internal battery. Pricing works out to about $103 for the 2GB RAM and 16GB storage version and $132 for the 3GB of RAM and 32GB storage version. It will launch in November in China with no word on launch outside of China now. 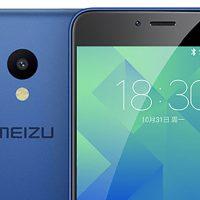 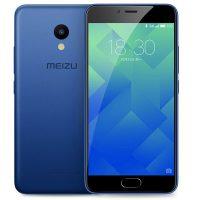 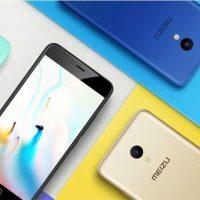