You might not rank Meizu among the top smartphone makers in the market, be it in its home country of China let alone the rest of the world. Not that it hasn’t tried hard, with interesting yet eccentric standouts like the Meizu PRO 5 Ubuntu Edition and the double-faced Meizu PRO 7. Those, however, haven’t exactly put it close to the top nor have they brought in the dough. Meizu has since then changed its strategy, shifting its phones towards more conventional designs and features to try and pull in users who need a serious smartphone. And this Meizu 16th is perhaps the most serious one of all.

The Meizu 15 came out in April 2018 which makes the Meizu 16th announcement earlier this month a bit unexpected. There is, however, good reason for that. For one, the Meizu 15 comes up short of being labeled as a premium flagship product, especially when it came to the specs – and with the Meizu 16th, the company is redoing a lot of things, starting with the name. Yes, that’s “16th”, not “16”, and definitely not “the 16th”. 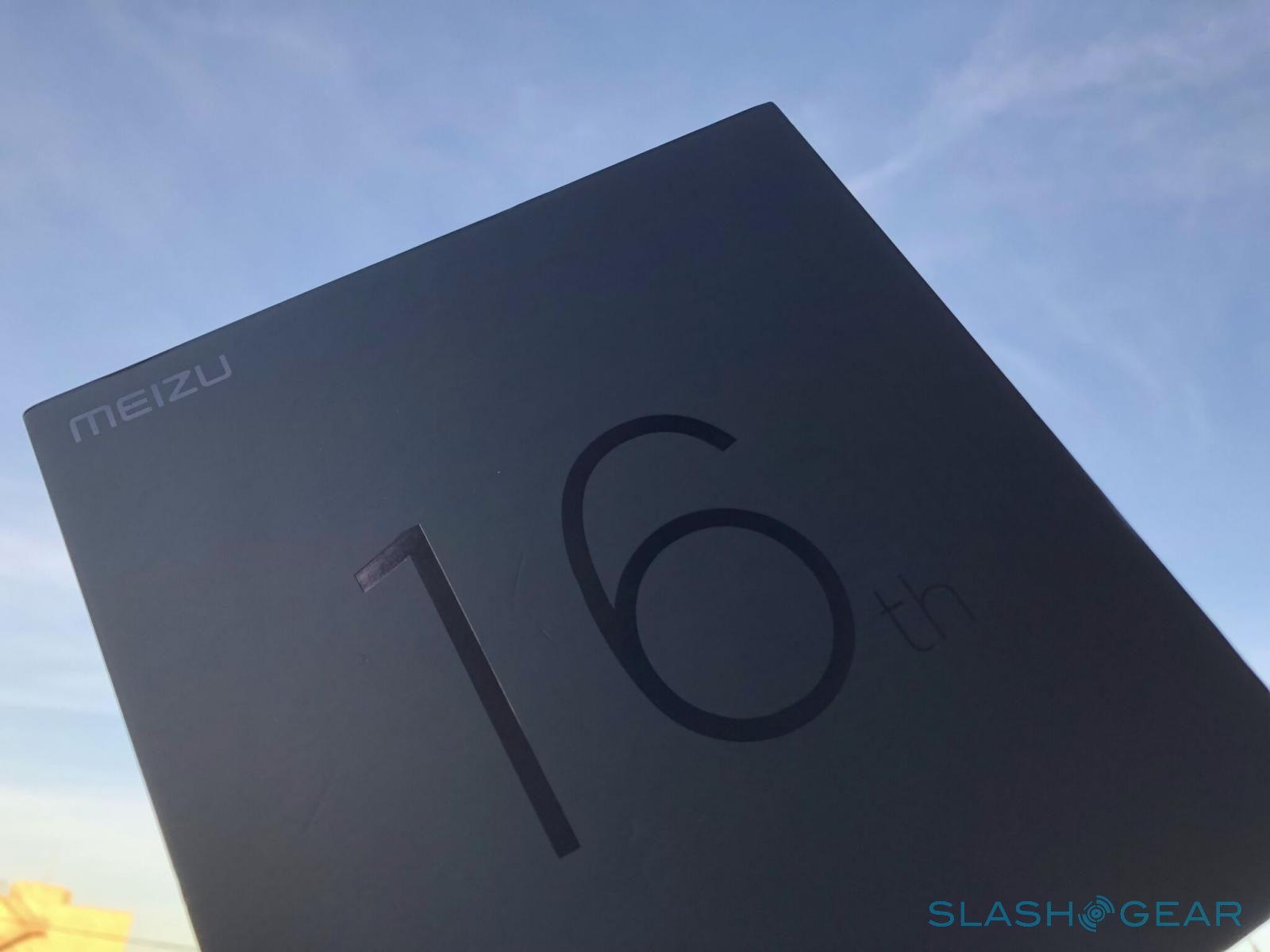 Truth be told, there isn’t a single thing that stands out in the Meizu 16th in terms of design and yet it is one of the most pleasing smartphones to look at in the market. That’s probably thanks to its predominantly symmetrical design. In fact, the theme of symmetry seems to run across the entire product, including the box that comes in a square shape rather than the now common rectangle.

The front is nearly all screen, 91.18% according to Meizu. That gives it one of the highest screen-to-body ratio in the market. And that’s without employing a notch which would drag the Meizu 16th kicking and screaming out of its symmetrical design. Top and bottom bezels are both 40 mm only while the nearly absent side bezels are both 1.43 mm. On the back you find the dual cameras vertically oriented right in the middle. Below it is not the fingerprint scanner but a large 6-LED round flash. Again, balanced and symmetrical.

The Meizu 16th features the glass-metal-glass sandwich and it employs a “7-layer coating process” for the back that delivers its ceramic appearance. That means, of course, that it’s a fingerprint magnet but fortunately, that isn’t as glaring on a white back than on the black model. Meizu ships a crystal case with the phone to protect that rear. It’s thin and light and doesn’t add much to the girth and weight of the phone. But, as you might have guessed, it also doesn’t really add that much protection either. 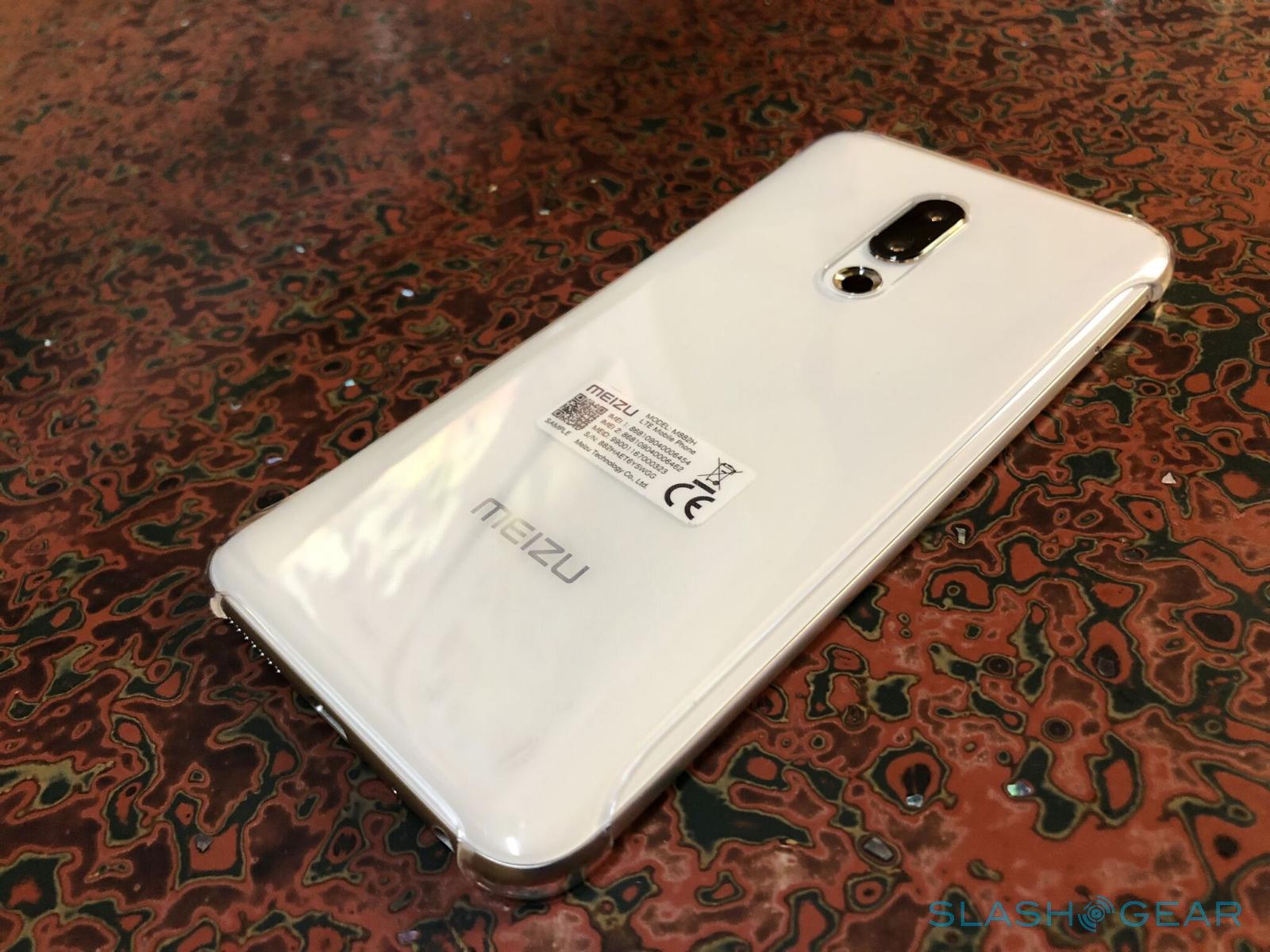 Fortunately, Meizu had the common sense not to push the symmetry theme to the point of inconveniencing users. It didn’t resort to some gimmick to hide the very visible front camera at the top. And it thankfully didn’t kick out the 3.5 mm headphone jack just to have two speaker grilles flanking the USB-C port. In fact, it’s pretty unbelievable how Meizu was able to cram those and much more inside a smartphone that is only 7.3 mm thick and weighs 152 grams. The Meizu 16th definitely checks a lot of boxes and deftly avoids most of the controversial features.

Here’s a quick rundown of what the Meizu 16th and the nearly identical but larger Meizu 16th Plus have inside their thin and symmetrical bodies:

The Meizu 16th is quite notable in being the first from the company’s line to run on Qualcomm’s premium Snapdragon 800 series. Amusingly, that also means that Meizu has now used chips, both high-end and mid-range, from the three biggest mobile silicon makers: Qualcomm, Samsung, and MediaTek.

There is not much to say about the Meizu 16th in terms of specs aside from that fact that it’s a performance beast. On the one hand, that’s pretty much to be expected from a smartphone running on Qualcomm’s latest and greatest, especially when your review unit comes with 8 GB of RAM. On the other hand, it’s still impressive to see when a smartphone at this price point could hold its own against some of the more expensive premium phones in the market. 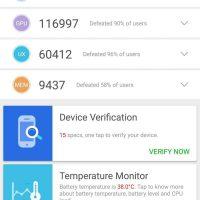 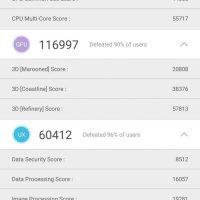 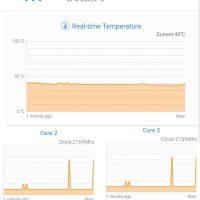 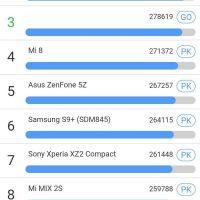 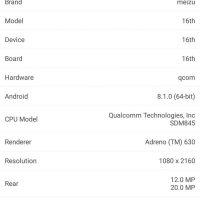 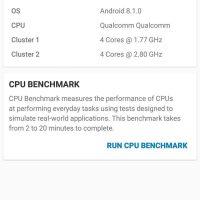 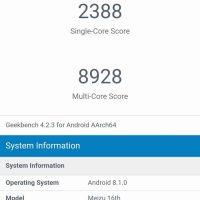 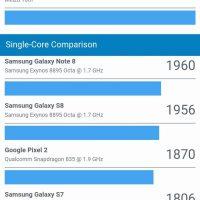 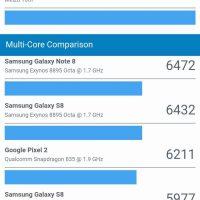 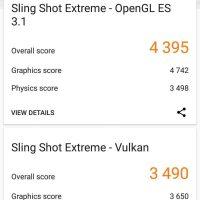 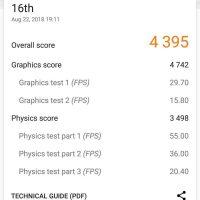 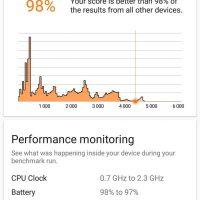 One point against the Meizu 16th’s otherwise perfect score is the lack of a microSD card slot. Given the high starting configuration of 64 GB, Meizu may have thought users won’t need that much storage anyway. They might be right, but now they can’t boast of being one of the few to offer a theoretical 1 TB of storage like Samsung does.

The Meizu 16th also boast of a 3,010 mAh battery, which is again impressive for smartphone that thin and light. A day of regular usage, however, will still drain your phone close to the point of dying. As always, OEMs are banking on fast charging tech to compensate. Despite using a Qualcomm chip, Meizu opts for its own mCharge to charge in as little time as possible. While it is indeed fast, close to 60% from zero in half an hour, you are at the mercy of having the proprietary mCharge brick with you all the time. Not to mention a vacant wall socket.

Much of the smartphone game these days is played on the photography court. Meizu, naturally, isn’t going to break tradition. It is pretty proud of the fact that it uses two Sony sensors. The IMX380, in particular, is the very same one in the DxOMark-ranking Huawei P20. That, however, does prove that having the same hardware doesn’t immediately translate to having the same output. 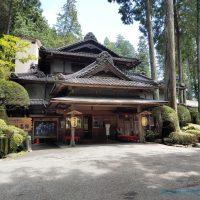 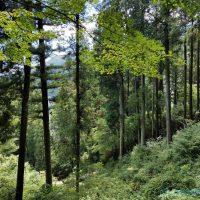 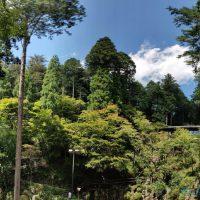 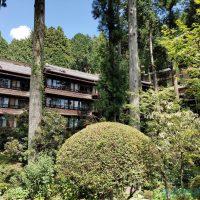 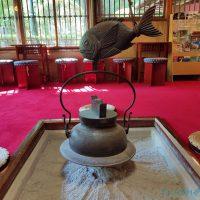 The Meizu 16th’s cameras are quite good. They generate sharp images and are quite fast to take a shot. That’s true even in low light scenarios. Suffice it to say, if you’re looking for an OK camera on a smartphone, you won’t be too disappointed with it. 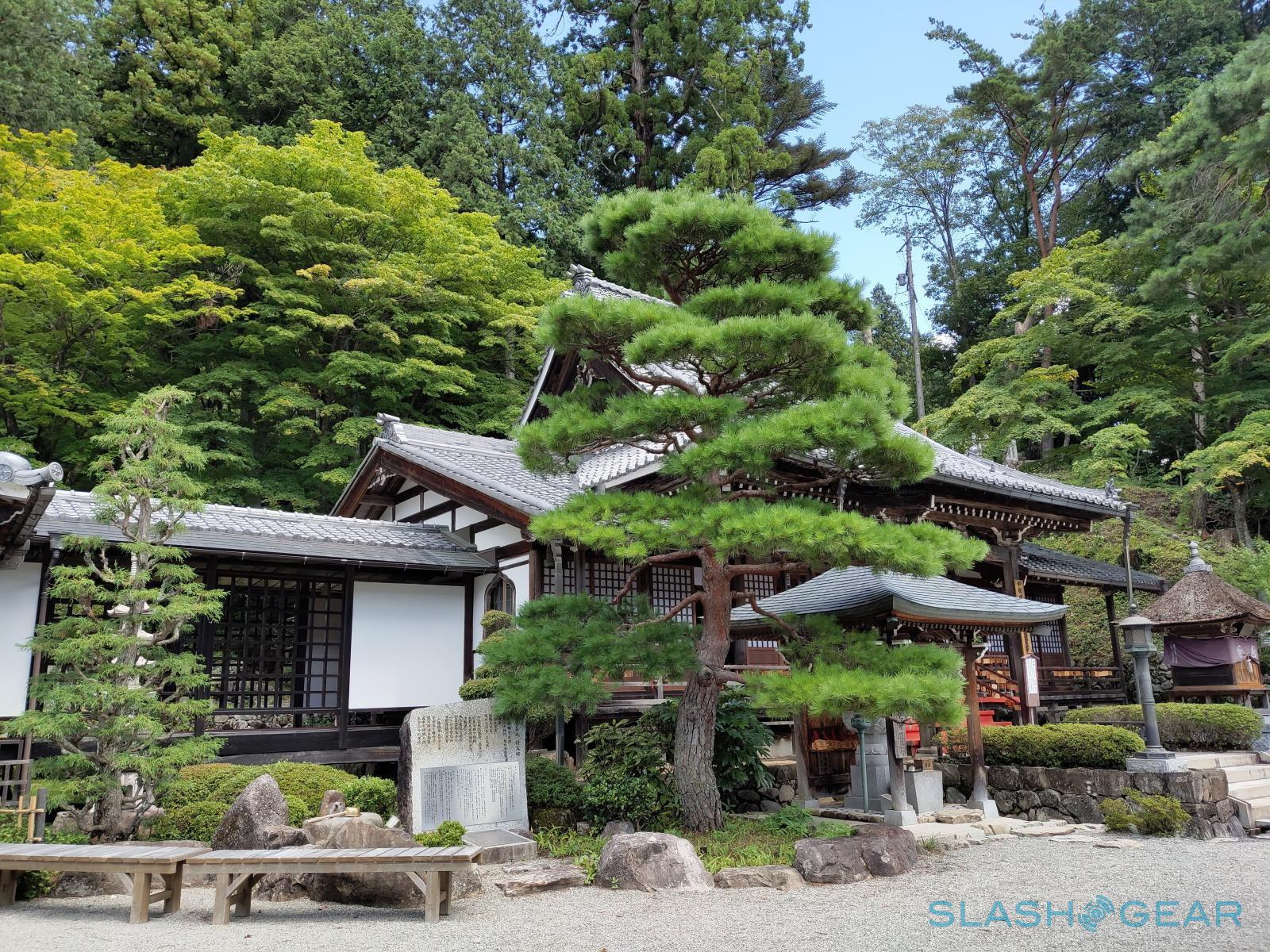 That’s not to say it is great, though. The Meizu 16th seems to have a bit of a problem with color accuracy. There even seems to be a bit blurring when it comes to contiguous patches of color, like with leaves on a tree. White balance is also a bit off, creating a more yellowish tinge during very sunny days. 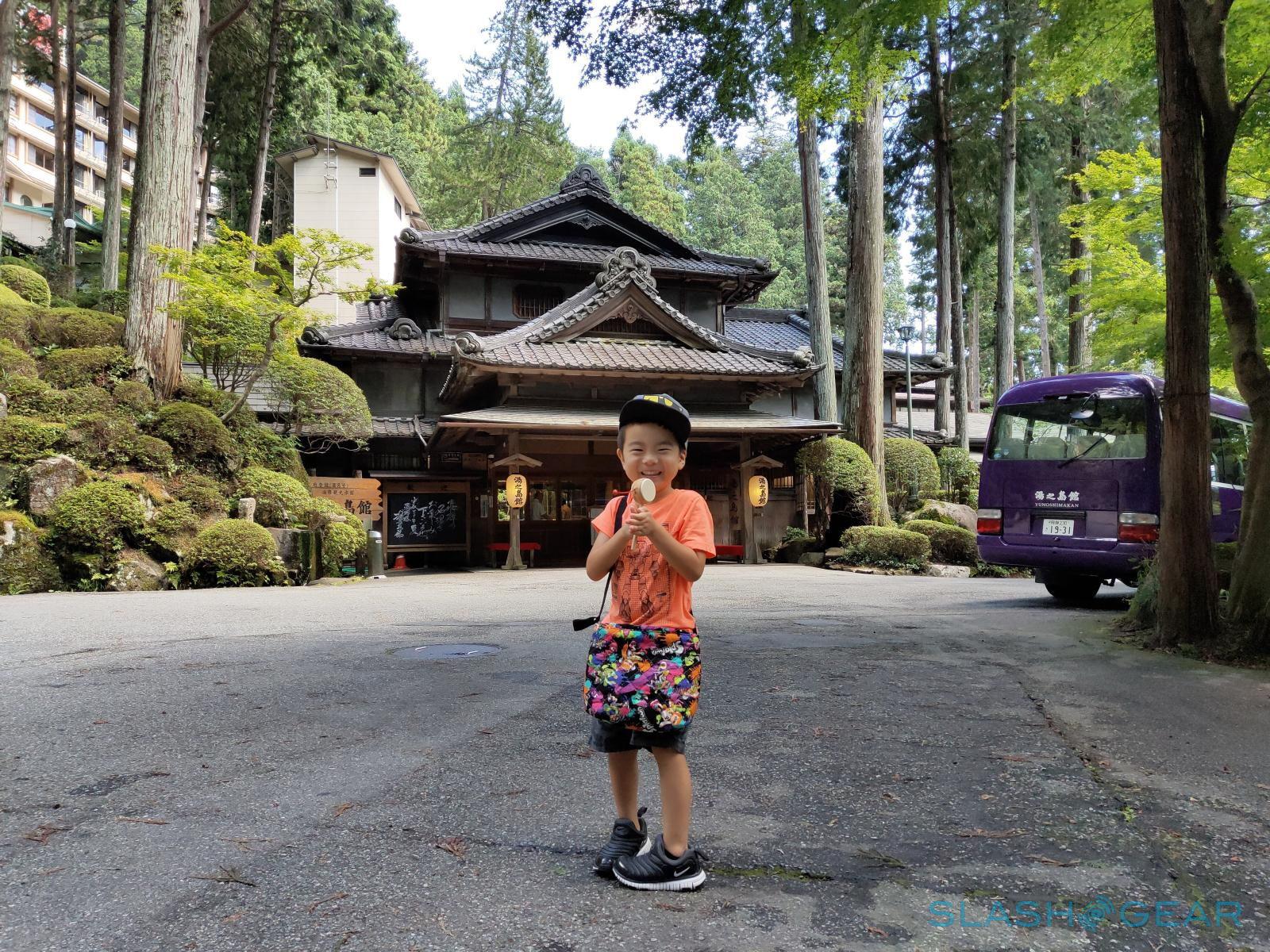 The Meizu 16th runs the latest version of the company’s custom Android experience Flyme 7, which, in turn, is based on Android 8.1 Oreo. Those who know Chinese OEMs’ history with Android versions will appreciate the significant improvement in that aspect. Still, don’t expect Google Pixel Android purity, but Meizu’s additions are more than just cosmetic.

Meizu boasts that the Meizu 16th will offer the smoothest Android experience ever. With a Snapdragon 845 and some AI-based predictions and optimizations, that’s not exactly hard to pull off, and pull off it did. To emphasize that smoothness, Flyme also makes judicious use of navigation gestures that will give users a foretaste of Android Pie.

The smartphone offers two kinds of biometric authentication and both are at the top of their class. Perhaps most interesting is the on-screen fingerprint scanner, also called fingerprint on display (FOD). Once seen as the holy grail of smartphones, most major OEMs like Samsung and Apple have seemingly given up on it after major delays, leaving Chinese companies like Vivo, Xiaomi, and now Meizu to pick up the pieces.

Fortunately, the Meizu 16th’s FOD is pretty fast and accurate you might not mind this unusual feature. It is, of course, it’s still going to be slower than a tradition fingerprint scanner and will require getting used to hitting the right area, but such are growing pains of early technologies. Plus, there’s always face unlock, which is fast. Almost as fast as Face ID, even. 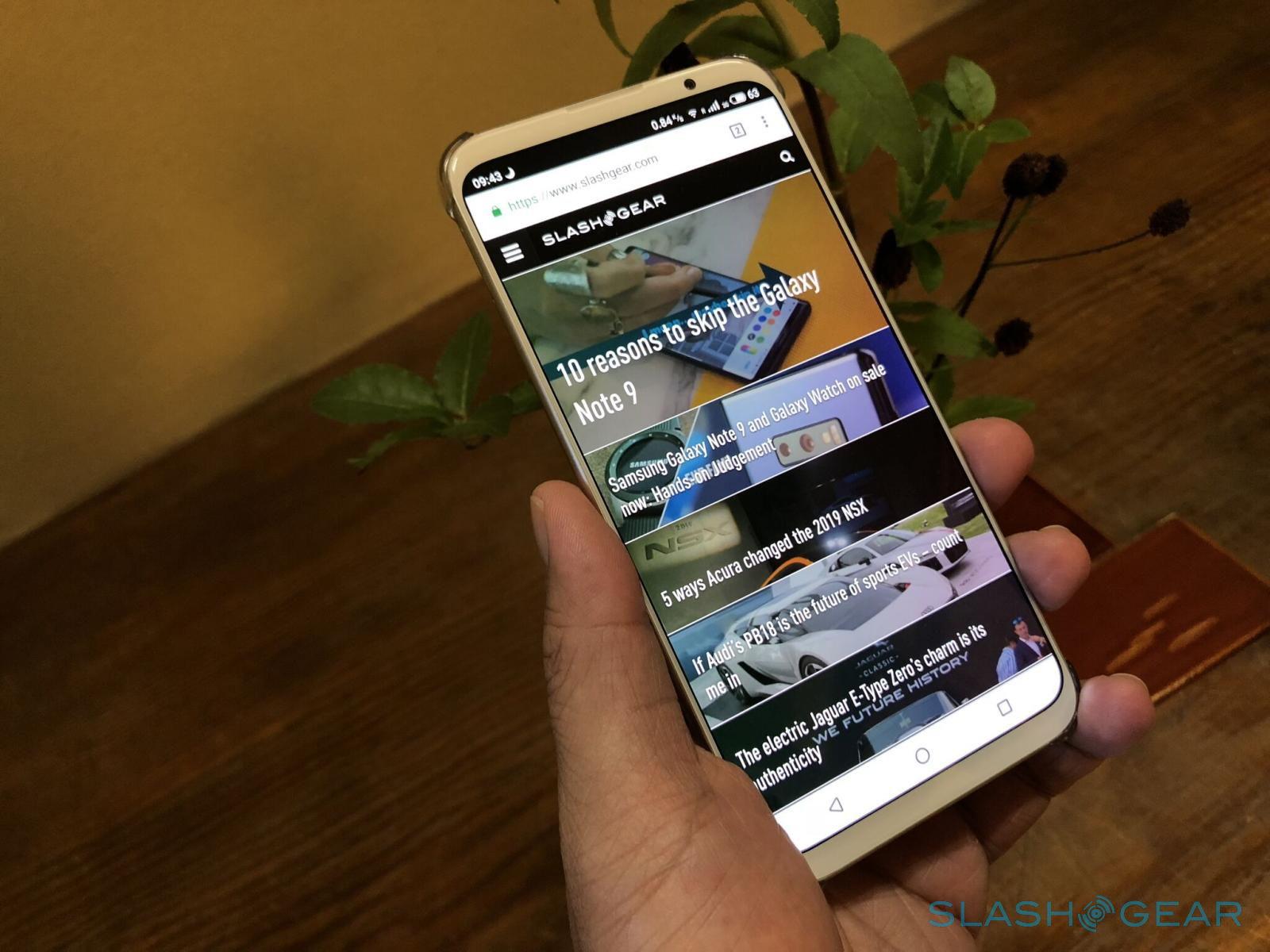 The Meizu 16th is in every way a premium 2018 flagship, both inside and out. You might, however, not think it so given its brand and its price tag. The base configuration with 6 GB of RAM and 64 GB of storage goes for 2,698 RMB, roughly $399. The most you’ll have to spend is 3,298 RMB, around $485, for 8 GB for RAM and 128 GB of storage. That takes it directly into Xiaomi and OnePlus and these are the very companies Meizu will have to unseat.

The Meizu 16th definitely has a lot going for it in that regard. A beautifully balanced design, incredible performance, and an unbelievable price tag. If scores are all that matters, the smartphone almost gets top marks. But as HTC and LG would probably never admit, a smartphone is more than the sum of its parts and the Meizu 16th will need to do more than just check the right boxes to rise to the top.