We knew it would end up getting criticism from the start, but Kim Dotcom’s recently-launched Mega website is getting the stink-eye from movie studios in Hollywood. While Dotcom claims that his new service is completely legal, studios like NBC Universal and Warner Bros. think the contrary, and have asked Google to take down the website from search results.

Both movie studios have sent DMCA takedown notices to Google, saying that their copyrighted content is hosted on Mega and they want it taken down. Of course, Google receives takedown notices all the time, so this kind of thing is nothing new, but the fact that Mega’s founder is confident of the service’s legality has him up in arms with movie studios.

NBC Universal and Warner Bros. have asked Google to de-list the Mega.co.nz homepage from Google, but the homepage itself actually doesn’t include any links to files, making it a bit of a strange request. However, this could simply mean that the studios want the homepage, as well as all subdirectories to be removed. 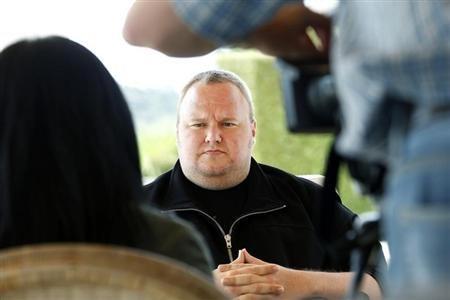 Dotcom is aware of the takedown notices sent from these two movie studios, and he doesn’t agree with them one bit, saying that “the constant abuse of takedown rules and the ignorance of DMCA obligations by the content industry are based on the confidence that the current US administration is protecting this kind of behavior.” He also says that a takedown notice for Mega would be “the ultimate takedown by the content industry.”

Of course, this isn’t the first time that Dotcom has been put through this kind of abuse. Before he launched Mega, he ran Megaupload, which was eventually shut down due to the service hosting copyrighted content. He even had his house raided by police and federal officials, before he eventually was able to get back on his feet and launch Mega, which many anti-piracy advocates suggest is just exactly like Megaupload with a different name.